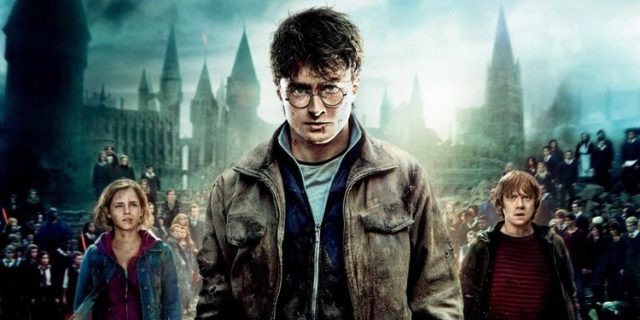 Harry Potter is a name that is instantly recognized across the world. In fact, there are very few fictional characters as famous as this one and he is at the center of one of the world’s largest and most successful franchises. It is this titular character who is central to the series of books written by J.K. Rowling that was then adapted for the screen. This series also led to the production of a wide variety of merchandise and has even inspired theme parks dedicated to the stories. Furthermore, the wizarding concept was the inspiration behind a series of spin-off books and films. It is rare for a series of books to lead to such a large and successful franchise and for them to capture the imagination of both adults and children alike. Here is how it all began and how Harry Potter developed into the global franchise it has become today.

How It All Began 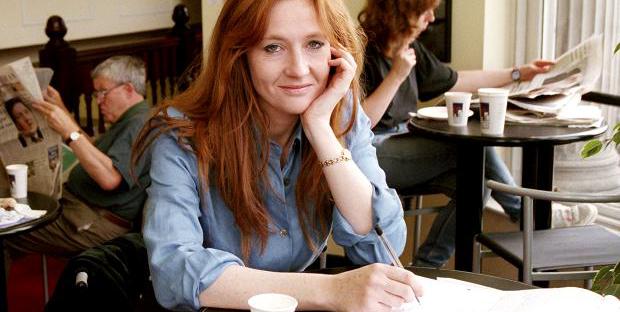 Surprisingly, it all began in Scotland. Author J.K. Rowling’s marriage had ended, and she returned to Scotland with her young daughter. She was forced to sign on for welfare benefits to support herself and her child. At that time, she was also diagnosed with clinical depression.

The writer was determined to make a better life for herself and her daughter and she began to write. She used some of her own experiences as inspiration for character’s and themes in the book she was writing. The dementors describe how her depression made her feel like all happiness was sucked from her soul.

Rowling has said that she had the basic concept of the storyline in her head as soon as she started writing and then just added in the details as she went along. She soon had the first book in the series completed. This was titled ‘Harry Potter and the Philosopher’s Stone’. She began sending out copies of her manuscript to publishers but faced one rejection after another. Using witches and wizards as the central characters in a storyline wasn’t a new idea and the publishers didn’t think her book would attract too much attention.

Editor Barry Cunningham from Bloomsbury thought differently and gave her an advance of Â£1,500 for the first book. Rowling was also awarded Â£8,000 by the Scottish Arts Council so that she could continue to write. The book was finally published in June 1997 and this was the start of an amazing journey for both J.K. Rowling and Harry Potter.

The Series of books 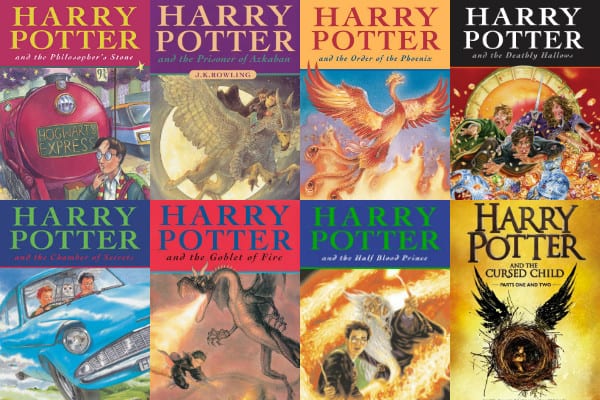 Following the success of the first book, J.K. Rowling set about writing the rest of the series. In total, there are seven books in the series and the way they develop is rather unusual. In other book series, the themes, style, and reading age tend to remain the same. Rowling took a different approach with her books. She wanted the books to grow with the characters and with the original readers of the series, who were probably a similar age to the lead characters when the book was first published. This meant that the storylines became darker, the writing style took on a maturity, the details became more complex.

It was a full three years before fans could read the next installment of the Harry Potter series as the fifth book, ‘Harry Potter and the Order of the Phoenix’, was not released until 2003. This was followed by ‘Harry Potter and the Half-Blood Prince’ in July 2005. Within just 24 hours, the book had sold nine million copies, which broke all standing book sales records at that time. This book won the Book of the Year at the British Book Awards in 2006.

The final literary installment of the series was ‘Harry Potter and the Deathly Hallows‘. This book was released on July 21, 2007. This book broke the records of its predecessor as it sold 11 million copies in the first day of its release and became the best-selling book of all-time. 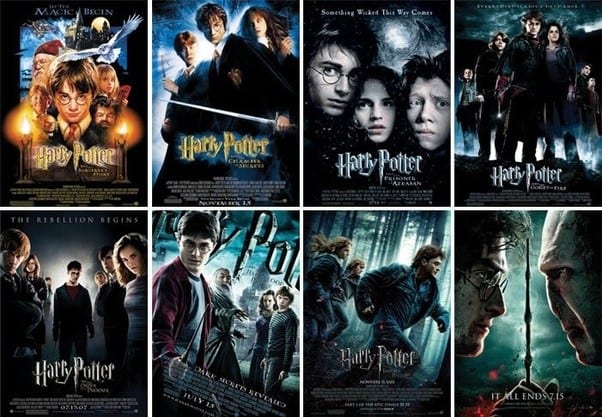 It was quite early on in the story of the Harry Potter franchise that it was decided that the books would be adapted into films. The success of the first and second book attracted the attention of Warner Bros. who decided that the storylines were perfect for film adaptations and that the whole series was likely to become a huge success. The production company bought the film rights to the first two books in October 1998, which was just months after the second book had been released. It was reported that they paid a seven-figure sum for these rights.

There are more films in the series than there are books. There are just seven books as these each cover one school year and Harry Potter is a student at Hogwarts for seven years. However, there are eight films. That is because there was so much material in the final book that to contain the storyline to seven films would have resulted in editing out huge chunks of the storyline. It was decided to split the final book into two parts and create a series of eight films.

The first film was released on November 16, 2001, and was directed by Chris Columbus. The film starred Daniel Radcliffe, Rupert Grint, and Emma Watson, playing the roles of Harry, Ron, and Hermione respectively. These actors played the main characters for the full series of films.

The final installment was the most commercially successful and is one of the few films to have broken the one-billion-dollar barrier. It grossed $1,341,511,219 at the worldwide box office.

Rowling had stipulated that she wanted the film shot in Britain and that they should only cast British actors in the roles. The author also had some creative control over the films as she was allowed to review the scripts before filming began and was a producer for the final two films. The total box office figure for all eight films in the series is $7,723,431,572. 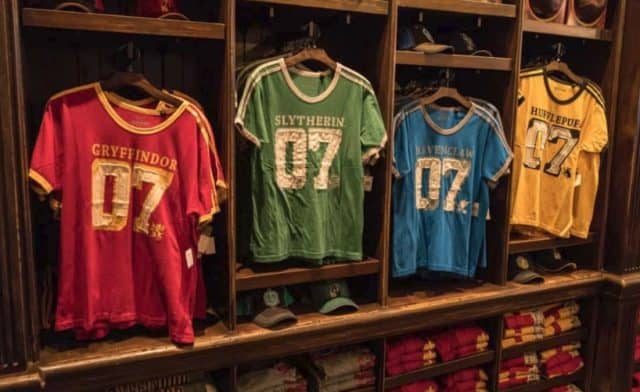 Two particularly popular types of merchandise that resulted from the franchise were the costumes and the wands. There are costumes for both children and adults in four different varieties. These are representative of the four Hogwarts’ houses; Gryffindor, Slytherin, Ravenclaw, and Hufflepuff. Fans can choose the outfit from the house that they think they would have been selected for by the Sorting Hat based on their personality traits.

Toy wands are nothing unusual as they have been on the market for years. However, the Harry Potter wands available are different. There is a wide range of different wands available. If you have ever read the series of books or watched the films, you will know that the wands vary greatly and that the wand chooses the wizard, not the other way around. They are made from woods from various trees, come in all shapes and sizes, and contain other materials, such as unicorn hair. The wands available for fans to buy attempt to replicate the diversity of the wands in the books and films.

Further to the books, films, and diverse range of merchandise, the Harry Potter franchise also includes attractions. These are the Warner Bros. Studio Tour London-The Making of Harry Potter and The Wizarding World of Harry Potter at Universal Parks & Resorts.

The Warner Bros. Studio Tour London- The Making of Harry Potter is an attraction that gives visitors a behind the scenes glimpse of the making of the series of films. It is located at the Warner Bros. studios near Watford in Hertfordshire. This is probably the only filmmaking exhibition of this size in the world. It contains props, scenery, and artifacts from the Harry Potter films.

There are three Wizarding World of Harry Potter themed areas in different Universal Parks & Resorts. They are located in Universal Orlando Resort, Universal Studios Japan, and Universal Studios Hollywood. They take elements from the novels and the films and have used these ideas to create a fun themed attraction for visitors to these parks.

The Universal Studios in Japan and Hollywood also have the Harry Potter and the Forbidden Journey ride as the main attraction. The Japanese park has been open since July 15, 2014, and has two features that you will not find at the other Harry Potter themed parks. These are the Black Lake and live owls.

The most recent of the parks to open was The Wizarding World of Harry Potter at Universal Studios Hollywood. This officially opened on April 7, 2016. In addition to the rides, some of the features of this themed area include the Triwizard Spirit Rally, the Frog Choir, and the Ollivander’s Wand Shop. Wands bought from the latter contain sensors that visitors can use to do magic in various locations in the park, such as opening a box of chocolate frogs or unlocking a cabinet. 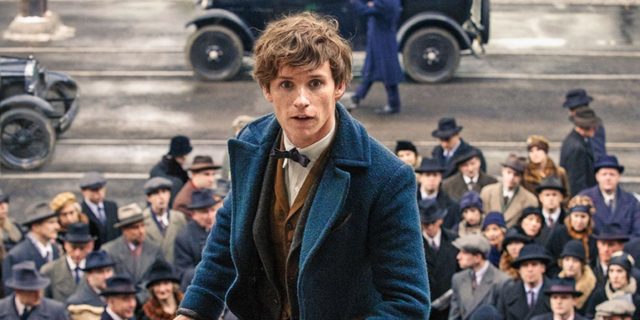 Many Harry Potter fans felt a sense of bereavement once all the books and films had been released. However, J.K. Rowling was adamant that it was the end of the line for Harry Potter. Instead, she fulfilled the need for witchcraft and wizardry stories with a spin-off series that was, in part, a prequel to the Harry Potter series.

In 2001, she wrote the book ‘Fantastic Beasts and Where to Find Them‘. The lead character in this book was Newt Scamander. It contains many of the same fantastical themes as the Harry Potter series and some younger versions of characters that appear in the Harry Potter books. This book was adapted into a film in 2016 with David Yates acting as the director. The sequel to this film is set for release in November 2018.

A further spin-off to the Harry Potter series is ‘Harry Potter and the Cursed Child’. This is a play which J.K. Rowling co-wrote with Jack Thorne and John Tiffany. It focuses on the life of Harry Potter’s youngest son, Albus. This was first performed in 2015 and there is a published version of the script available.

When J.K. Rowling first put pen to paper back in the 1990s, it is unlikely that she ever believed that her characters and stories would become such a huge success. The Harry Potter franchise is now one of the best-known and most commercially successful franchises in the world. It is down to the success of this franchise that J.K. Rowling has become such a rich woman. The exact extent of her personal wealth is unknown. Some have estimated that she is a billionaire, although this is something that Rowling denies. Whatever her exact personal net worth is, this talented woman will certainly never have any financial concerns again.