Home
Movies
Hollywood: Women in Movies From Past to Present 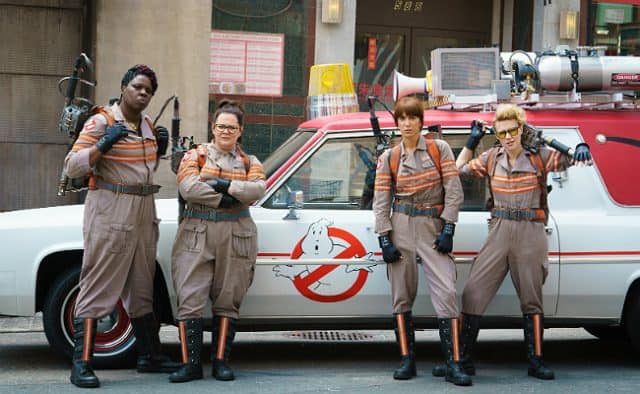 For years, we have seen women in films portrayedÂ as a supporting character. From devoted wives to hardworking husbands to sexually attractive Femme Fatales. Though movies like Pride and Prejudice, The Devil Wears Prada and The Intern portray strong female characters, it’s not enough.

Take the recent Ghostbusters reboot, for example. It has an all-female cast, replacing the original cast of Bill Murray, Dan Aykroyd, Harold Ramis and Rick Moranis. Some say it’s a refreshing tribute to the original film while others disagree. Die hard fans say the film is abysmal (to an extent) compared to the original regarding character interaction and overall humor.

With the new Ocean’s Eleven spin-off, entitled Ocean’s Eight, in the making, it’s making me think Hollywood is trying too hard. They want to show women who are strong and independent, but after releasing the filmÂ or the trailer, it’s met with backlash. Mostly from the Internet. An example, again, would be the recent Ghostbusters movie.Will the new Ocean’s movie go through the same ordeal? Only time will tell I guess.

I’m not saying that filmmakers should revert to their old ways. Female actorsÂ deserve better than that. I’m saying that there has to be a better way to portray women on screen. They don’t have to take older films and reboot them with an all-female cast and call it a day. Can’t Hollywood come up with original movie ideas anymore? Not that I’m flat out complaining, it’s just that seeing various reboots of older films can be a bit much in my opinion. No offense to the upcoming Ben-Hur film. I’m sure that it will be just as good as the Charlton Heston version.

There’s also a new Wonder Woman film coming to theaters on June 2, 2017, in the U.S. I hope that it can shatter this glass roof we have hanging over our heads. I love kickass female characters who doesn’t depend on men; they can be the sidekick or the love interest for once. I’m also looking forward to seeing Olivia Munn take on the role of Captain Marvel. To paraphrase Beyonce’s song: girls run the world. #GirlPower