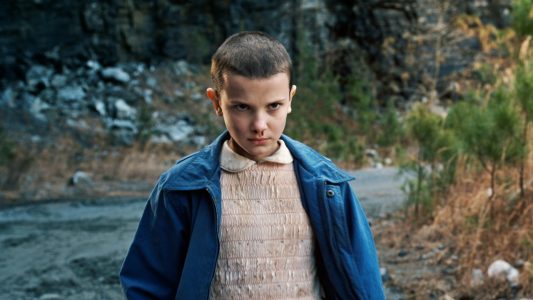 You wake in a maze, at the mouth of the entrance. You feel the walls; they are cold, and still. You call out, at first, asking for someone to come to you, to take you away, but the echoes fade, and you are left alone. You put your hand on the wall, and with trembling fingers and shuddering breath, you walk into the darkness.Â

I’ve never been a horror fan, per se. I’ve liked certain horror movies, likeÂ The Shining, or shows, like the first and second seasons ofÂ Supernatural, but I’ve never really enjoyed the genre as a whole. I’d like to say that it’s for academic, intellectual reasons; that I just had never found horror to be particularly smart, let alone entertaining. But while I do think that a lot of the horror genre misses the point, it’s always been because I rarely found a reason to enjoy being scared. Why the hell would I want to spent a few hours trying not to scream? What in the hell would be fun about trying not to piss your pants?

WhenÂ Stranger ThingsÂ first debuted, and the world went crazy over it (or, at least, my little Twitter subsection of the world), I blew it off. Ain’t no way I’d be spending a second of my time watching this show, scared out of my mind, or worse. Why would I want to ruin a perfectly good night’s sleep? But, ultimately, I crave being part of the pop culture conversation; I love the podcasts, and the articles, and the Twitter fights. I need it, man. I shoot that shit into my veins like… that monster shot worm babies into Will’s stomach? Idk. This got away from me a little bit.Â Point is, I wasn’t going to watch it. But I did.

I found a reason to be scared.

You hear a roar, way off in the distance; you jump at the sound, and your fingers scrape the rock wall, and blood comes to the surface. You don’t dare take your hand off the wall, not in this darkness, and not with that roar. You keep going, forward and onwards, into the deepening black.Â

You think back to how you got here; you think back and can’t remember, and then you put it out of your mind. You just go, forward and onwards, looking for the exit, looking for the door way that will take you into the light, and back to your home. The roar comes again, but this time you just squeeze your eyes tight, and follow the path.Â

Not a single victory was won. Not a single person was made better. Do you think that Mike is better off now, having experienced what he experienced? Is he better for the mortal terror that gripped him, and held him tight, for weeks and weeks on end? Will isn’t better off; he’s out, sure, but he’s also infected, acting as a host for the creature, and slipping in and out of his own dimension with increasing regularity.

And El? God Almighty, what that girl is going through.

There was a great line written aboutÂ her, perhaps on the AV Club: she gives and gives, because that’s all she knows how to do. She was raised to be a dispenser for her warmongering masters, given no affection or attention except what came after brutal pain and murder. Her sacrifice was a hero’s death; but it was a sacrifice she made in part because she had been so neglected and tortured that she saw it as her only option. She gave and gave, until she had no more left to give.

It kills me. El was the best of all of them, more human than any of the people she interacted with. Every decision she made was to protect the people she cared about, and she gets thrown into a dark, toxic hell, alone; she gets leftovers from terrible Christmas parties and Eggo waffles, as if that is somehow an acceptable compromise.

Your foot touches something on the ground, and you scream. It’s someone else, with a soft, tired voice; they’ve been here longer than you have. You reach out, and take their hand; you interlock fingers, and walk on together. You haveÂ found a friend.Â

What is it, Hopper? Why would you do this to a little girl? Do you not see the parallels? Do you not realize you traded one child for another?

You barely know her; I get it. You know Will Byers, and care about his family; I get that too. But what is the point of being a police officer if you only protect the ones you care about? The premise of your job is service to something greater than yourself, and instead, you gave a twelve year old back to her abusers, and sent her into a worse hell.

You could’ve lied. You could’ve sent them three counties over. You couldn’t have believed that they were going to let you go, or those kids go. But it didn’t matter if you succeeded, did it? It didn’t matter if you found Will, or got out of the Upside Down alive; you wanted to be the hero, for the daughter that was ripped away from you, and the compassion that slipped through your fingers.

You lost the girl, again.

You go on, and they do too; the roars are loud; the door is in sight.Â

The fight for the status quo is what drives this show. A return to normalcy is the goal for all involved. And for the most part, that is what they achieve; the Byers family (or, at least, the part that matters) is reunited, Nancy is back with Steve, and the boys are playing Dungeons & Dragons in the basement of Mike’s house again.

But the thing about the status quo is that it’s not a state that you can ever return to. Once you break away from your current condition, you can never get it back the way it was. Nancy is never going to forget the time she spent with Jonathan; Mike is never going to get over El; Joyce will have the vice grip of fear around her heart every time Will isn’t where she can see him.

There is some lip service paid to some sort of longer term victory, but I don’t buy it. They, what, investigate the lab, and that’s it? Brenner gets dropped by the petal-faced monster, and that’s it? Brenner wasn’t the only man working on MKULTRA; Brenner wasn’t the only person in the government to know about Eleven. Not only did they not reestablish the status quo, they might’ve made things worse.

The Horror of Victory, I called this piece; you get what you want, but it’s not what you need. Joyce has Will back, the monster is banished, and the world goes round and round. But it cost them Barb, and El, and revealed Hopper to be a man who believes that he can atone for hours outside of his control by creating others that are.

What the hell is the point of getting Will back, of saving the world, if you had to give up everything that made Will and the world worth fighting for away?

Here you are now. ThisÂ place is soÂ bright, brighter than you’ve ever seen. You’ve escaped! You’ve madÂ it! But the light fadesÂ from your eyes; youÂ haven’t escaped;Â you’re in another maze;Â there are torches on the wall; you can see what’s coming now.Â

The sounds from behind you have stopped.Â They have moved on. You feel your chest tighten. You feel your hands shake. You hear theÂ roar again, from deep within theÂ tunnel, but it sounds different this time. Congratulations, it seems to say; you’ve won.Â

Stranger Things season one was dope. I am no better a writer than I was the last time I wrote a piece.