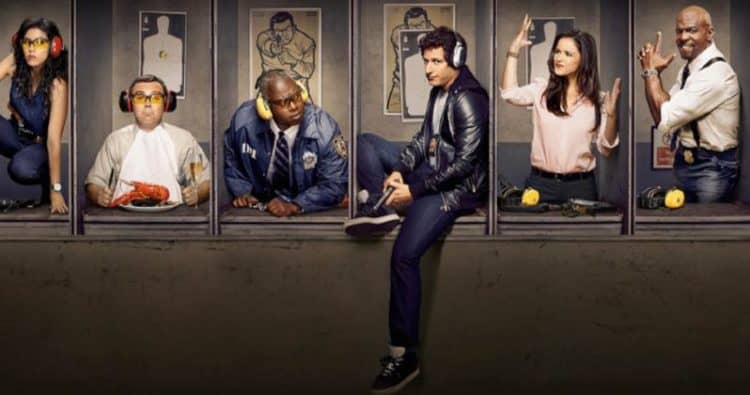 In an era when people need a reason to laugh it actually sounds like comedy is being forced to take a step back and wonder if the efforts being made to ensure that this will happen are worthwhile and sensitive enough to keep people watching. Unfortunately, that’s when it’s more than apparent that society has nearly folded in on itself if comedy shows are being forced to take a deep, introspective look at their own material to see if they’re being sensitive enough to the society they’re seeking to entertain. The overall feeling that comedy can come from a very dark place is still something that many people stand by since there’s a great deal of truth to it, but asking comedy to rein itself in from time to time is something that causes a lot of debate among viewers. As of now, it does sound as though Brooklyn Nine-Nine will be looking at its own content and deciding just how to move forward in the wake of everything that’s happened this year when it comes to police and how they’re viewed by the public. It also sounds as though the first several episodes of the coming season were scrapped so as to show greater sensitivity to the audience and address a few very serious issues that are currently circulating throughout society.

What’s saddening about this is that such a thing won’t stop even if those that are protesting to make a change get their way. It also sets a very unsettling precedent that will continue to change and alter the way that comedy is viewed and can possibly come to control just what we’re allowed to see and in what way our favorite shows will be able to speak on various issues that are bound to be seen as taboo at one point. At this time it feels premature to say that comedy will be bound and gagged when it comes to certain subjects such as police brutality and other various issues that have arisen this year. But it is likely that shows such as Brooklyn Nine-Nine will find that their content will be altered just enough to avoid stepping on toes or offending those that are wanting to see certain types of humor pass by the censors while other material is perhaps deemed as too sensitive. What will come of this is difficult to predict in its entirety, but the saddening reality is that if those that are seeking to alter the comedy in a profound way are allowed to have what they want, it’s possible that the humor of the show will begin to change and it might become a lightly comedic version of Law & Order eventually. Yes, that’s a bit dramatic, but for fans of the show, it should be realized that the reality of it is a little closer to the truth than some are comfortable with.

There’s no denying that the events that have happened this year to precipitate such a movement within one show or movie after another happened, and there’s no need to pretend that they didn’t happen. Humanity is as troubled as it’s ever been, which makes the current climate within society a bit confusing since with the awful things that have happened in our history one might think that people would want to finally come to a fitting compromise that would see everyone walk away with the realization that the world we all occupy isn’t perfect, but allowing the more negative side of this existence to dictate what we can and can’t do in terms of entertainment is a result of acting from fear of what might offend people. There is of course the need to pay attention to the social climate that inspires such shows, and to show some respect to the very real situations that are going on in the world. But humor is a shield of sorts that can be used to ease the sting of the world that surrounds us and chipping away at that shield by saying that this show can’t depict a situation in a certain way is, unfortunately, one of the last actions that should be taken. In a sense, it’s laying blame on the shield that keeps people from the more depressing and damaging things in life, instead of seeking to use the said shield in a positive manner to reflect and deflect the hurt that has taken place. Just in case you’re having trouble keeping up, what this means is that by changing humor and forcing it to conform to ideals that will force it to become less effective, people are simply inviting more hurt upon society as the humor swiftly fades from the various shows that help us to weather the many issues that continue to be such a problem.