Home
TV News
How Has The Conners Held Up Since Roseanne’s Exit? 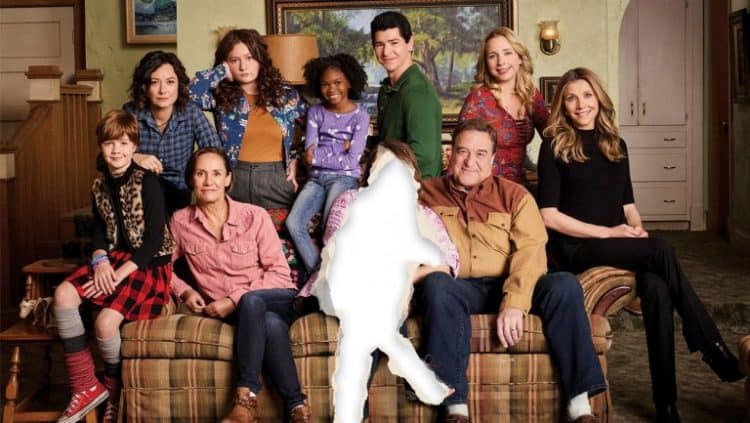 It can be stated that last fall was not the easiest time for network TV, but the Connors somehow pulled through by being one of the biggest hits of the season that didn’t take a serious nosedive towards the cutting room floor so to speak. There were a great many individuals that believed that the show would never work for a single episode after Roseanne Barr was fired over and ill-advised tweet that essentially cost her a spot on her own show. But like it or not the Connors have been given a script that they can follow and have done so with great aplomb, creating a narrative that has managed to not only move on without Roseanne, but has also managed to create a show that is based on the healing that’s been necessary to push forward without her.

The death resulting from opioid addiction was an interesting but well-placed touch.

Sometimes it’s very easy to blame the writers for everything, but the moment they get something right and manage to present in a way that works the praise they’re given is somehow allowed to skate over their fingertips and then attributed to the cast more than those that actually created the dialogue. With a big ‘oh well’ it’s apparent that Roseanne’s demise hasn’t stymied the creative and comedic spirit of the show as nearly everyone on the cast has found a way to get into the mood that their matriarch is gone and that life will have to keep moving forward. The whole idea of Roseanne being gone was something that a lot of people weren’t willing to contemplate since she was the main reason that so many people watched for so long. But thanks to her ill-timed ability to say the wrong thing there wasn’t a lot of choice in the matter. Killing her character off in such a manner leaves a lot open to discussion however and creates a setting in which the characters are forced to go through a series of discoveries that tell them more about Roseanne than they believed they knew. So while she’s not on the show she’s still a part of it in some way, as a memory and a kind of lesson that things aren’t always as simple as we think.

Everyone’s assumed their needed roles at this point.

Roseanne was kind of the linchpin for the show in the beginning and up through the first run. But coming into this revival it was felt by many that the troubles and issues that she’d had through her life to this point would have presented a problem with the show overall. Using her as the same linchpin as before would have made it seem like Roseanne version 2.0 in a way, but without the needed upgrade to make the show as popular as it once was. So the omission of Roseanne was in fact a good idea not just for the reasons given, but also because it’s allowed the other characters to grow as they’ve stepped forward and been allowed to shine as they need to. When Roseanne was around there no doubt about who stood in what place and what their role was. It became predictable, stale, even slightly boring. But with Roseanne out of the picture the characters now have to engage one another on a different level and they have to experience a level of development they hadn’t seen yet. That alone makes this an interesting predicament since it means that we get to see a different side of everyone at some point.

This sounds horrible I know, but it’s very true. During the original show she was needed since the kids were still young, Dan needed her around, and her mother and Jackie needed her as well. In the Connors they now have grandkids and Jackie is, well, she’s just Jackie like usual. But the need for Roseanne to be there is no longer as strong since the other characters have grown up and are now doing their own things. She would have found a role to play in the show had she not allowed herself to pop off, but otherwise there really isn’t any place for her, despite the fact that her name was the title of the show. The Connors doesn’t have the same sound to it of course, but it does have a more inclusive feeling, meaning that it’s about the family and not just Roseanne. You could rightly argue that this was the point of the show when it ran the first time, but let’s be honest, most of it was about Roseanne and how the happenings in her world affected her and those nearby. In the Connors the family finally gets to show their feelings and emotions in a way that’s not centered on Roseanne.

Whether you like the show or not is a personal matter, but it’s obvious that it’s been doing just fine without her.