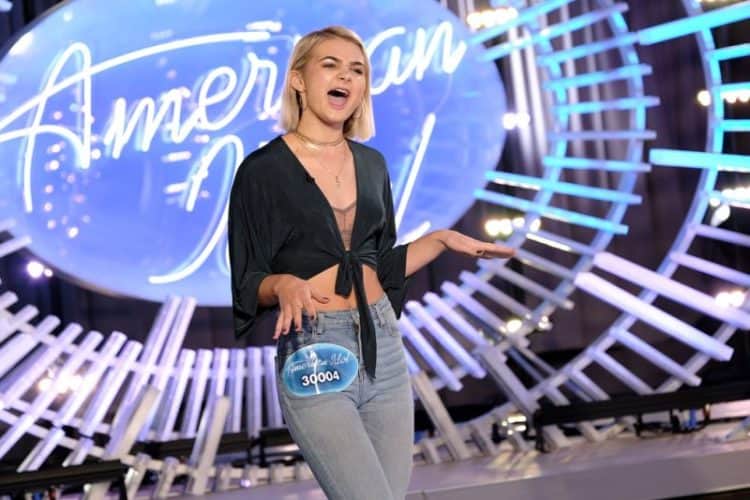 Talent competition shows such as The Voice, the Got Talent franchise, and American Idol have promoted a lot of talent, and some of the winners have shot to stardom and gone ahead to make millions. Carrie Underwood and Kelly Clarkson are some of the biggest names to have gotten their start from such shows. Almost everyone who has talent tries their luck out on this show. However, do you know just how much you’ll need to be able to stand in front of the judges? While such shows are a free ticket to stardom, the journey in and of itself is quite costly.

So Who Exactly Pays For Contestants To Be On The Show American Idol?

According to Distractify, contestants are required to pay for their auditions and accommodations while on American Idol. While auditioning for the show is free, contestants usually pay for their expenses, such as accommodation and travel, if the auditions aren’t near their area. What viewers don’t get to see is, if a contestant from one state makes it through in a different state, they have to commute for a month or two and an additional third round. Richard Rushfire, who is an editor with Vanity Fair, added that at times it gets quite expensive for contestants, and some of them end up dropping out of the competition. The contestants usually undergo a very rigorous process that involves several auditions before the final 24 are announced. Until they are chosen, all costs pertaining to the auditioning process are out of pocket.

Once a contestant reaches the top 24, then and only then can the show chip in in terms of travel and other expenses. Additionally, the show will house you and pay for your ticket to Hollywood. Previous contestants, however, have revealed that they don’t fly first class. A former contestant told E! News in 2009 that the show provides a couple of meals every day in addition to housing. Additionally, contestants get a fashion budget as well as a small allowance each day.

What Happens When A Contestant Has Absurd Taste In Costumes?

As mentioned above, every contestant is allocated $450 every week for their fashion budget. Additionally, the contestants are assigned stylists who usually help them pick out their performance attires. The show also provides on set hair and makeup. However, for contestants who have over-the-top outfits that don’t fit in the allocated allowance, they have to foot the rest of the amount. Keep in mind the show is filmed in Hollywood. Therefore the stores there can’t handle a few hundred bucks. For extravagant costumes well, that proves to be a stretch. A key example is Adam Lambert. Lambert had the most outrageous outfits, which were fondly referred to as the Glamberts.The good news is that the outfits are theirs to keep after their performances.

Housing Can Be Quite Expensive

Once the contestants get narrowed down to the top 12, they are provided with accommodation. However, the accommodation status usually varies from one season to the next. This is because, in one season, the show might want to follow the contestants past their onstage moments, so they have to get placed in mansions for visual appeal. Other times the show decides to skip past the whole charade and focus on the stage and vocals. Therefore the contestants get placed in an apartment. Rushfield states that it may not be fancy, but it does the job. The contestants get allocated roommates, and when one gets cut, they switch them up to save on the rooms. Rushfield notes that a far more significant expense usually falls on the contestants’ families. The families aren’t provided with travel or accommodation allowances. This means that if a contestant is seeking to have their family over, then they need to dig deeper into their own pockets to make it happen. Chris Daughtry’s brother admitted that to see his brother perform, his boss paid for his travel expenses since he couldn’t afford them.

The Pay Out And Compensation

A fun fact to note is that only the top 10 get compensated per episode. This means that even if you manage to get on the show, if you are not on the final list, then the American Idol will not compensate you for your time. According to Bank Rate, for two-hour shows, the contestants receive $1,571, including meals. For one-hour shows, they receive $1,303, and for half-hour shows, the contestants receive $910. There is also a catch. For an American Idol contestant to be eligible for this kind of compensation, they need to be registered as members of the AFTRA Union.

How much is the enrollment fee? $1600, which is payable upfront. However, the new SAG-AFTRA merger will see contestants folk out even more money as they will be required to pay $3000 to be a member of the union. Richard Rushfield, however, noted that all is not lost as there are high compensating seasons on the show. Rushfield stated that the most appealing compensation packages are for those who go for the American Idol tour. The contestants on tour receive $150,000 for five months of touring.

How Much Do Finalists Earn?

According to Fox Business, Rushfield stated that a finalist earns close to $1 million for a year’s hard work. The runners up get to do Disney commercials, which he notes are huge paydays. Additionally, they get to shoot the Ford commercials and get money for their albums as well. The higher the finish, the bigger the paycheck. Previous winners of the show American Idol have gone home with large bankrolls. Such stars include Carrie Underwood, who earned close to $13 million from May 2009 to May 2010. Kelly Clarkson earned 11.7 million. Runners up have also not been left behind as Chris Daughtry earned $10.2 million while Jennifer Hudson earned $3.5 million.

The road to stardom is never an easy one. For American Idol, the way to stardom seems to be quite costly therefore, if you are planning to audition next year, then you might want to save up on some cash now.