Home
TV News
How Much Money Do Survivor Contestants Get? 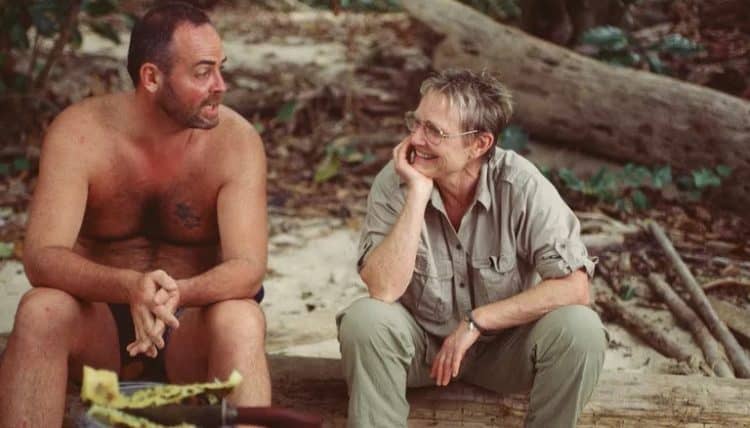 All Survivor Contestants get rewarded for their time on the show, the winners more than the losers. While many people are drawn to the show for the money, it won’t be until they leave, whether they are winners or losers – it doesn’t really matter since everyone gets something – the Survivor Contestants wake up to the harsh realities; One of the biggest drawbacks to being involved in this reality TV show is you lose a great deal of the proceeds to taxes. It’s a drawback they have to live with while they participate in a show which is a spinoff of the Swedish reality TV show Expedition Robinson, but truthfully there are dozens of virtually identical shows of its type around the world, filmed by fifty-one different countries. For example, Sweden (obviously), Vietnam, Turkey and Brazil are some examples.

Watching Survivors is a great deal of fun to the audience, but its not as much fun for the contestants who have to cope with all kinds of adversity just to become the winners of the competition. The Survivor Contestants have to live with the whole mess of putting up with limited supplies, bugs, thunderstorms, putting up with other people while tensions rise and nerves fray and arguments are commonplace. They have to cope with that while they try to spend 39 days – under 40 – on a small island while they try to live off the land like Robinson Crusoe – hardly the type of thing anyone in their right mind would want, but if there is a large amount of money in it for them, anyone could be enticed to go.

How much money do Survivor Contestants get?

Winners and losers of Survivor get paid, but the winner is the one that takes away the $1 million, but the rest of the Contestants receive smaller amounts of money, but the people who have lasted the longest on the show and haven’t given up as some do, receive more money. Second-place Survivor Contestants receive $100,000.

Jon Dalton, aka Jonny Fairplay, after he fooled both viewers and contestants into believing his grandmother had died at the point where the loved ones visited the island, was interviewed by TMZ gave a lot of information about the compensation the contestants received. The first person to be voted off after just three days receives only $3,500, though reports state the first Survivor Contestants to be voted off receive only $2,500. The people who vote on the ultimate fate of the final three, the Jury members, receive $40,000, while the final two Survivor Contestants receive $1110,000 while the winner walks off with $1 million in total.

Returning players may receive $25,000 just for being the first ones booted off of the show, but generally there is a scale where the producers see how long the contestants last in the game which helps them round up the amount of cash they receive if they leave before the finals, so its likely there is a fixed scale of how much a contestant can receive. But Survivors is not really unique in being a reality TV show where both the winners and the losers are paid – the contestants of The Bachelor and The Bachelorette, for example, are paid roughly $100,000 with some contestants getting more from some sources.

Taxes – The Story of Richard Hatch

Survivor Contestants should always hear about the story of Richard Hatch. Seen by many viewers as cocky, arrogant, too focused on winning, Richard Hatch was seen as the villain of the first season of Survivor. But despite all that he became the first season’s winner of Survivor. Ten years down the line, Hatch discovered for himself the downfall that is the “win at all costs” approach. Since 2005, Hatch battled with the IRS over charges of tax evasion. After he had won Survivor, Hatch had deposited all of the winnings into his own local bank and made no attempt to hide the money.

That was his first mistake. If he had been smart and realistic, he would have put it into an off-shore account or something like that. To make it worse, Hatch had known, thanks to the contract he’d signed on becoming a contestant, taxes were meant to be paid in when he left the island. Hatch simply didn’t bother to pay. In the end, he was put on trial, and the Judge believes Hatch lied more than once, but it was all for nothing seeing as Richard Hatch, the first Survivor winner, was sentenced to prison for 51 months.

What makes the whole thing worse, and should be a lesson to all future winners of reality TV shows, is the reality of the situation. According to AOL, after the tax deduction, winners would still possess $580,000. AOL also stated the deductions factor in the state the winners live in and how much money has been received, but in total its likely half of the money would be given up to the taxman.