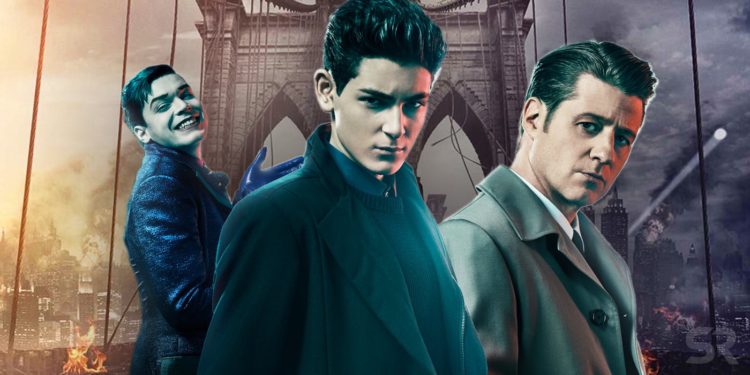 Gotham is one of a number of DC Comics-inspired shows that have started up in the 2010s. However, it isn’t connected to the other shows but instead stands on its own, which is something that has had both upsides and downsides. With that said, considering that Gotham is called Gotham, it should come as no surprise to learn that its source material is the Batman mythos.

To be exact, Gotham is centered on the character of James Gordon. In most Batman media, James Gordon is the police commissioner of Gotham City, meaning that he is the man responsible for protecting its residents from a ridiculous range of madmen and madwomen as well as a remarkable number of more standard criminals. However, while Gordon is a good cop in both senses of the word, he is hindered by not just the corrupt GCPD but also a number of other factors, which is why he has a close working relationship with Batman. Something that he sometimes has reservations about because of the questionable nature of the superhero’s vigilantism.

Here in Gotham, James Gordon is much, much younger than his usual depictions, as shown by the fact that he is starting out as a new police officer in the first season rather than the police commissioner. Likewise, other Batman characters have important roles in Gotham as well, though like Gordon, they are also showing up as their younger selves. Out of these, Bruce Wayne is, of course, the most important, so much so that it wouldn’t be an exaggeration to call him a deuteragonist.

How Has Gotham Changed Since Season 1?

Naturally, Gotham has seen significant changes since Season 1. After all, it isn’t an episodic show. Instead, it is a show with long-running narratives, which have both starts and finishes. However, while some of the changes were very much expected, others have been much more surprising in nature.

First, there has been a steady movement towards a landscape that is more similar to those seen in most Batman media. For example, much of the first season focused on criminals of a more standard nature, which exist in most Batman media but tend to be overshadowed by their much more colorful counterparts. However, by Season 4, those much more colorful counterparts have shown up in full, as shown by the fact that said season featured villains that included were not limited to the Penguin, the Riddler, the Scarecrow, Professor Pyg, and Solomon Grundy. This is something that built up over the course of multiple seasons, but suffice to say that the cumulative effects are now very noticeable.

Of course, the more heroic side of things has been moving towards more familiar landscapes as well. For example, Bruce Wayne started out as an orphan in the first season whose parents had just been murdered. By Season 4, he has become a masked vigilante who patrols the streets at night, which was perhaps inevitable in light of the circumstances.

However, the biggest surprise in Gotham is the sheer extent to which Gordon has fallen over the course of the show. As stated earlier, Gordon tends to be a good cop in most Batman media, meaning that he is a good man who remains within the law while enforcing it. Meanwhile, the best thing that can be said for Gotham Gordon is that he commits his misdeeds for the sake of the “greater good” without collecting any personal benefits in the process, though considering the ambiguous nature of the “greater good,” that should be plenty of cause for concern on its own. Regardless, there aren’t a lot of things that would illustrate the much darker nature of Gotham Gordon than the fact that he let the Penguin beat a helpless, unarmed man almost to death before murdering that same helpless, unarmed man by shooting him in the head. Yes, Gotham Gordon justified it to himself on the basis that said individual had already beaten the legal system once, but it is nonetheless something that other versions of the character would never condone.

With that said, it should be mentioned that the current season of Gotham will be the last season. As a result, people who are curious about how much the show has changed since the first season might want to check it out because once it is over, there will be no further changes.