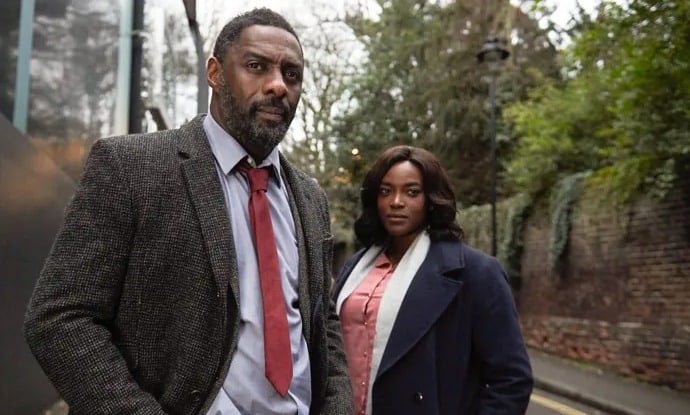 Written and created by Neil Cross and starring Idris Elba who stars as the main protagonist John Luther, a highly respected Detective Chief Inspector, Luther is BBC crime drama series which first aired in 2010, running for six episodes. The second season ran in 2011 and aired four episodes. In 2012, the third series was commissioned before it aired the following year, running for four episodes. December 2015 saw two episodes of Luther being aired, and now in 2019, another full series consisting of four episodes were aired.

Luther has achieved International acclaim, according to this WatchMojo video on Youtube where it takes the fifth place of the list. The video also describes how Luther, despite being a highly decorated police officer, is a deeper and complex character and has psychological issues with the critics raving about it. The series is set in London and shows a grimmer view of the city, where the locations are used to their fullest.

But how has the series changed over the years since its first episode in 2010?

It’s easier to show how the series has progressed over the years. This Youtube video shows clips of the first three seasons of Luther, but this summary shows how Luther has grown and how the character has solved crimes while lurching from one crisis to the next which almost sees him arrested due to misunderstandings.

In the first season of the show, Luther returns to duty after suffering a breakdown after encountering a vicious serial kidnapper/murderer. In the same episode of the series Luther also encounters Alice Morgan, one of the most interesting characters of the show. A child prodigy with a wide variety of knowledge covering numerous topics, Alice is also psychotic – she murdered her own parents and the family dog. Luther instantly knew she was guilty, but he couldn’t prove it.

In later episodes, Alice Morgan, played by the brilliant actress Ruth Wilson, provides information for Luther. DS Justin Ripley was also introduced into the series, starting as an eager officer wanting to be Luther’s right-hand man, but as the series has progressed he has seen the dark side of the character.

During the first season, Luther has to deal with a sniper, the son of a soldier locked in prison who controls and manipulates his traumatized son while Alice, fascinated by Luther, in the same manner Sherlock Holmes’ own Professor James Moriarty is fascinated by Holmes, continues to stalk him. The series ends when one of Luther’s oldest friends is discovered to be corrupt and kills Luther’s estranged wife and frames Luther for it before the truth comes out.

The second season saw Luther traumatized and broken by his wife’s death. Luther has moved into a different unit supervised by Detective Superintendent Martin Schenk. The series also saw the introduction of Detective Sergeant Gray, a capable if a somewhat naive police officer who doesn’t want to be tangled up in Luther’s methods. Over the course of the second series, she becomes more and more convinced Luther is corrupt, but Justin removes the evidence according to her segment of the Luther cast list. The series is dominated by a serial killer who is trying to emulate Spring-Heeled Jack while delving into the murky worlds of pornography, prostitution and drugs, all the time trying to keep his activities unknown to his colleagues, which will come back to haunt him in the third series.

In season three, DS Gray has been promoted and is making a name in exposing corrupt police officers, and John Luther is her next target. But Luther has problems of his own – a vigilante is prowling the streets of London along with a killer who breaks into the homes of his victims, kills them, and steals their shoes. In the second episode of the third season, Luther realizes he is being watched and people are trying to build a case against him – and Justin is being used as a pawn to help. Meanwhile, Luther has a new love interest who interests him and makes him see there’s a life beyond being a police officer, though she becomes frightened by the dark side of her boyfriend’s life, and by the end of the season he realizes it wouldn’t work between them, unfortunately, though Alice Morgan already tells him that, and you can see he has realized it before the finale already – he just didn’t want to see it. The vigilante also drives up public support, especially since he kidnaps and prepares to kill a convicted pedophile, which increases political pressure on the team to catch him. DS Ripley is killed by the vigilante and Luther is blamed for it, but after being accused by the police of being responsible Luther manages to clear his name.

Season four shows Luther lying low on a leave of absence, but when he learns Alice Morgan is dead, he immediately sets out to look for news of her. Luther’s methods of getting information haven’t changed – they see him beating a crime boss, and chaining him to a radiator and leaving him behind when he is dragged back into the police when a new serial killer appears, who is always one step ahead of the police, and a sufferer of a mental illness where he feels that he is dying and rotting, so he has turned to cannibalism. During the last scenes of this two-part series shows that Superintendent Schenk is becoming suspicious of Luther’s activities some of his methods which are not just unorthodox but illegal.

Season Five of Luther sees the return of Alice Morgan, who is after revenge against George Cornelius who had been previously chained to a radiator in the last series. Luther is forced to hide Alice from both friends and enemies alike while he is trying to tackle a new killer in the city. Cornelius kidnaps one of Luther’s colleagues, and Luther can’t tell Schenk about it because it will mean revealing everything that has happened between him and Cornelius and if it gets out he will be arrested for corruption. After getting Benny back though he is killed, Alice turns on Luther and kills his newest Detective Sergeant, deciding she has had enough of their friendship. Luther, believed to be responsible for the deaths of Benny and his new DS, goes after Alice and in an echo of the first scene of the pilot, she falls to her death and Luther is arrested.

As the series has progressed Luther has continued to do his job, but he has been sidetracked by numerous problems which had haunted him and have caused him to risk his career. The casting of the series has been amazing, and the characterizations have been brilliant – DS Justin Ripley went from someone eager to work with Luther, but quickly saw the dark side of his new boss while remaining loyal to him, Superintendent Schenk has slowly come to believe that something isn’t quite right with Luther, and Alice Morgan’s character has evolved from someone fascinated by John Luther to slowly becoming exasperated with him for remaining in the police before she eventually faces him in a fight that sees her fall to her death after she deliberately shoots his Detective Sergeant, and with this ending its almost positive that Luther will see a sixth season though what will change, only time will tell.

But the big question is, with all that’s happened, has Luther lost what made it special in the first place?

According to this Guardian article, Luther has become cringeworthy over time though the first couple of seasons were definitely solid, showing a gritty view of London and of crime in general while this brilliant, if troubled detective, who has a Sherlock Holmes nature to detection applies brilliant deductions though getting caught in issues that spiral out of control and leave him hanging onto his job – and sanity- by a thread.

The article states it could have begun around season three, where the vigilante Marwood appeared and Justin Ripley died, though season four is definitely a possibility given how brief the fourth season was with two episodes, in the fifth and, so far final series, the show is accused of having lazy subplots. Idris Elba has hinted on a movie, but whether this appears remains to be seen.