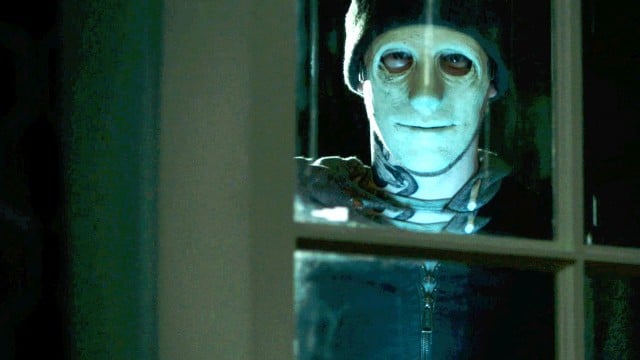 I’m a huge horror fan, and one of my surprise favorite horror movies in the past couple of years wasÂ Oculus,Â the critically-acclaimed mainstream debut of director Mike Flanagan (he had previously directed the lesser-knownÂ Absentia). I’ve been eagerly awaiting Flanagan’s follow-up toÂ Oculus for months, and Netflix (who has worldwide distribution rights to the film) has finally delivered withÂ Hush (after its March premiere at South by Southwest). The film got rave reviews at its festival premiere, but was the hype and anticipation really worth it?

To summarize the story,Â Hush is a horror-thriller in which a deaf and mute authorÂ (played by Kate Siegel, who also co-wrote the film with Flanagan) is terrorized in her middle-of-nowhere home by a masked killer (played byÂ The Newsroom andÂ 10 Cloverfield Lane‘s John Gallagher, Jr.). After discovering his potential victim’s afflictions, which were brought on after a childhood bout with meningitis, the two begin a deadly game of cat-and-mouse in which it’s clear that only one will survive the night. 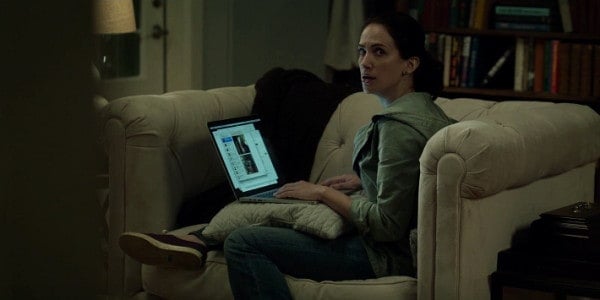 There’s a wide variety of things to love aboutÂ Hush. But it all starts with Siegel and Gallagher. Siegel does an absolutely incredible job portraying this young woman, particularly when you consider that the performance is “limited” by the character’s muteness (and deafness, but that aspect comes more through the script than the performance). As great as Siegel is, though, Gallager is somehow even better. He is truly terrifying as the masked man, and it’s crazy for me to think that the actor that I fell in love with onÂ The Newsroom is capable of succeeding this well at a character that is the complete opposite of the one by which he’s most well-known. These two performances are enhanced by the film’s small supporting cast, but Siegel and Gallagher deliver a master class in thriller acting.

Another area in whichÂ Hush succeeds is in its presentation. As the film’s protagonist is both deaf and mute, the filmmaker does some very clever things with sound that go a long way in enhancing the viewing experience for the audience. In particular, I absolutely loved the way that the film opened. It wasn’tÂ Hush‘s best use of sound or presentation, but it served its purpose in showing me that I was going to be in for a pretty unique experience.

The script behindÂ Hush was incredibly well thought out, and I’m pretty amazed at what Siegel and Flannagan were able to accomplish. The film’s singular location and tiny cast definitely help (since there isn’t as much that has to be fleshed out), but I don’t want to diminish the script’s strength by pointing that out. The tension that is built inÂ Hush‘s first act isÂ exactly what a horror film needs, and, unlike far too many genre movies, that tension is completely sustained throughout the story. It’s always a huge shame when a movie’s potential is wasted due to poor story management, but that is, thankfully, not at all the case here.

The only real negative that I found withÂ Hush was that the pacing at times was all over the place. The main reason for this is because of moments in the second act that just seem to drag on, but the third act is a complete course correction that leads to a great finale. That’s not to say that the second act isn’t good (because it’s still great), but a little tighter storytelling in a few moments could have made a fantastic film just a little bit better.

Hush truly is one of the best horror films in modern history, and it proves yet again that Mike Flanagan is going to be a force to be reckoned with in this industry. The brunt of the work on the film is placed solidly on the backs of Kate Siegel and John Gallagher, Jr., and it would have been easy for the film to fall flat with lesser actors. Luckily for us, though, these two prove to be completely capable, and the result is an incredibly tense film that is sure to frighten even the most stoic among us.

Hush is available now on Netflix. Have you had a chance to check it out yet? If so, let us know your thoughts in the comments down below!

Thanks to the performances from its two leads, Hush succeeds in almost every aspect and delivers one of the best horror films in modern history.