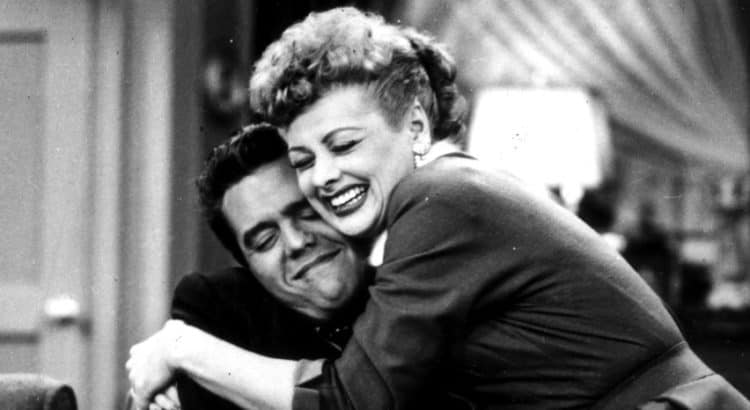 ‘I Love Lucy’ is widely regarded as one of the most influential US sitcoms of all-time. It was first aired on CBS on October 15, 1951, and ran for 180 half-hour episodes until May 6, 1957. The show starred Lucille Ball as the title character and Desi Arnaz as Lucy’s husband, Enrique Alberto Fernando y de Acha ‘Ricky’ Ricardo III. The series also starred Vivian Vance and William Frawley as their best friends Ethel and Fred Mertz. Throughout all six seasons, the show remained one of the most popular and watched shows on television. It has won multiple awards and been syndicated to countries around the world in many languages. Although this is a very well-known show, there are lots of things about it that people do not know. Here are 20 interesting facts that you probably didn’t know about ‘I Love Lucy’.

1. A Ghost Told Lucille Ball to Take the Job

Prior to I Love Lucy, Lucille Ball was working in the movies. When she was offered the job, she was initially reluctant because she was concerned about the transition to television. However, she had a dream about Carole Lombard, a deceased actress who was also her friend. Boredom Therapy says that in the dream, Carole told Lucille to take the job and it was this that convinced her.

2. Desi Arnaz was Almost Not Cast as Ricky Ricardo

CBS loved Lucille Ball’s radio show ‘My Favorite Husband’ and they wanted to turn that into a television sitcom. On the radio show, Lucille’s husband was played by Richard Denning. When CBS approached Lucille with their idea, she agreed on the condition that her real-life husband Desi Arnaz was cast in the role of her on-screen husband Ricky Ricardo. Initially, CBS was reluctant as they did not think that American audiences would like Lucy being married to a foreign man and the concept of a mixed marriage was unbelievable. To convince the television network, Lucille and Desi created their own show that they took on the road to prove to CBS they could work well together as a comedy duo, says Mental Floss.

3. Vivian Vance Was Told to Keep Her Weight Up

Vivian Vance always claimed that she had a contract which states that she must always weigh more than Lucille Ball. If Lucille ever put on weight, then Vivian had to do the same. Although it was never confirmed that this was true, both Vivian and Lucille would bring this up on talk shows and laugh about the situation.

4. It Was the First Television Series to Use the Three-Camera Format

I Love Lucy was the first television series to use the three-camera format, according to Icepop.com. At the time that I Love Lucy was filmed, most television series used a single-camera format and the laugh track was added. The show’s creator, Jess Oppenheimer, wanted I Love Lucy to get rid of the laugh track and to have a live audience. The three-camera format was implemented so that the audience did not need to react to the same scene multiple times when the show was being filmed. The use of three cameras allowed them to shoot the scenes in sequence three different shots of each scene.

5. They Didn’t Always Get Names Right

Throughout the series, there are various mistakes with names. One of these is that Ethel is referred to by various names, including Ethel Roberta, Ethel Louise, and Ethel Mae. There was a game show host that appeared in multiple episodes who was listed as both Freddy Fillmore and Freddie Fillmore. For one whole season, the credits listed the ‘Dezi’ Arnaz orchestra and not the Desi Arnaz orchestra.

One of the features for which Lucy was best-known was her shock of red hair. This was despite the fact that television was black and white when the show was aired. However, in real life, Lucille Ball was naturally a brunette. She had died her hair blonde when she started out in Hollywood. Ball then died her hair ginger for her role in ‘Dubarry was a Lady’.

7. Desi Arnaz Read Each Script Only Once

It was rumored that Desi Arnaz had such a good memory that he only needed to read each script once to perfect his lines, says BuzzFeed. Lucille Ball also said that they always followed the scripts exactly and that they never ad-libbed.

8. Lucille Once Drowned During Filming

While filming the episode ‘Lucy’s Italian Movie’, Lucille had to stomp on grapes for one of the scenes. During that scene, another actress had to hold down Lucille’s head in the grape juice, says Mental Itch. The other actress misunderstood the instructions and held her had down for too long, almost drowning Lucy. It wasn’t until they had finished filming the episode that anybody realized what had happened. Fortunately, Lucille was fine following the incident.

9. Smoking on Camera was a Necessity

I Love Lucy almost didn’t make it onto television screens because CBS struggled to find a sponsor for the series. At the last minute, the tobacco giant Philip Morris was secured as a sponsor for the sitcom. The conditions of this were that the characters were seen smoking the Philip Morris brand of cigarettes and the name Philip Morris was worked into the script as often as possible. Therefore, smoking was a necessity for the show to retain its sponsor. Lucille Ball was a smoker, but she preferred Chesterfield cigarettes. To overcome this hurdle, a stagehand would empty packs of Philip Morris cigarettes and fill the package with Chesterfield cigarettes.

10. Lucille Ball and Vivian Vance Didn’t Get on at First

Little Things reports that when I Love Lucy began, Lucille Ball and Vivian Vance did not get on well. It was rumored that this was because Lucille did not think that Vivian was frumpy enough to play the part of Ethel. She even asked for Ethel’s character to have frumpier clothing so that she would look more attractive. Despite the rocky start to their working relationship, Lucille and Vivian became the best of friends.

11. It Was a Top-Rated Show for All Six Seasons

I Love Lucy remained at the top of the Nielsen ratings for its entire run of six seasons. It is very unusual for a show to maintain such a level of popularity. In fact, there have only been two shows since that have ended at number one on the Nielsen ratings.

12. There Were Two Versions of the Opening Credits

The opening credits of I Love Lucy famously features a large heart with the words “I Love Lucy” inside. However, these were not the original credits for the show.Â  The original credits were animated versions of Lucy and Ricky doing tricks with a packet of Philip Morris cigarettes, as this company was the show’s sponsor. The credits were not changed to the one featuring a heart until 1958 when CBS began rerunning the series.

13. There Was Careful Planning to Avoid Lucy’s Pregnancy Causing Offence

The producers of I Love Lucy took care not to cause offense because of the storylines or script and they were very politically correct. This was especially the case for the storylines including Lucy’s pregnancy. At that time, Lucille Ball was pregnant in real-life. The terms pregnancy and pregnant were not allowed, and these terms were replaced with expecting. The scripts for each of the episodes during the pregnancy were checked by a priest, a minister, and a rabbi prior to filming to makes sure they were not offensive and would not upset the show’s audience.

14. 44 Million Watched the Episode When Little Ricky Was Born

On January 19, 1953, 44 million viewers tuned in to watch Lucy and Ricky welcome Little Ricky into the world. This was the equivalent to 72 percent of American households. The episode beat the viewing figures of Eisenhower’s presidential inauguration the next day, which attracted only 29 million viewers. By pure coincidence, Lucille Ball gave birth to her and Desi’s real-life son, Desi Junior, in Los Angeles.

Desi Jr. was the first person ever to feature on the cover of TV Guide along with the headline ‘Lucy’s $50,000,000 Baby’. Originally, Lucille and Desi had promised pictures of their baby to ‘Look’ and ‘Life’. However, Desi left the chief of TV Guide alone in his office where there were stacks of pictures of the baby on the desk. This is apparently how TV Guide got hold of the photograph that appeared on their cover.

16. Fred and Ethel Hated Each Other in Real Life

In I Love Lucy, Fred and Ethel have a close relationship and a fantastic bond. However, the same could not be said for the actors who played them, Vivian Vance and William Frawley. One reason suggested for this by House Beautiful is that Frawley was a heavy drinker. It is also well publicized that Vivian didn’t like the fact that William was 22 years her senior and felt that the relationship wasn’t believable. The duo regularly exchanged insults on set, and the conflict was so bad that they could not perform together in a spin-off once I Love Lucy ended.

17. Lucille and Desi’s Relationship Wasn’t All It Seemed Either

On screen, Lucy and Desi have an amazing relationship. Lucille and Desi also appeared to have a fantastic relationship when they appeared in public or in the media. However, their relationship was not all that it seemed, according to Eternal Lifestyle. The couple’s daughter, Lucie Arnaz, has spoken publicly about her parents’ marriage woes, particularly about her father having other women. The couple had met in 1940 and fallen in love straight away. Sadly, after 20 years of marriage, Lucille described her marriage as a nightmare and filed for divorce in 1960. Despite their marriage troubles and the dramatic nature of their divorce, the couple remained good friends.

18. Arnaz Wore Lifts in His Shoes

In many publications, Arnaz’s official height is listed as five feet 11-inches. However, he was actually two inches shorter at five feet and nine inches. To make himself appear taller, he would wear lifts in his shoes.

When deciding the name for Lucy’s husband, the producers seriously considered calling him Larry Lopez. However, they did not like the alliteration of Lucy and Larry Lopez. Instead, they choose to call the characters Lucy and Ricky Ricardo.

20. You Can Hear Lucille’s Mom in Some Episodes

Avid fans of ‘I Love Lucy’ began to notice that you can hear an ‘uh-oh’ come from the audience in many episodes of the show. This was Lucille Ball’s mom, Dede Ball, who sat in the audience as each episode was filmed. It was usually a reaction to Lucy’s actions becoming more ridiculous. You can also hear Desi Arnaz’s distinctive laugh in the background of some episodes.