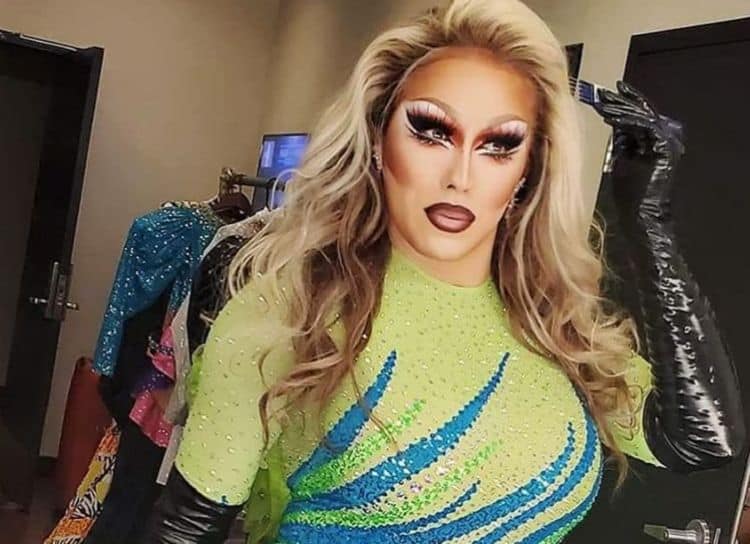 Since it’s debut in 2009, RuPaul’s Drag Race has helped bring drag culture to the mainstream. Over the years, the show has provided a platform for drag queens to strut their stuff and show their skills. India Ferrah who appeared in season three of the show and season five of RuPaul’s Drag Race All Stars, is one of the many queens who has benefitted from the platform. Although she didn’t win either appearance, being on the show has helped her expand her fan base and she is now known all over the world. I think it’s safe to see we’ll continue to see India Ferrah in one way or another for years to come. Keep reading for 10 things you didn’t know about India Ferrah.

India has been very passionate about drag for most of her life. However, she almost left it all behind. In 2012, India wrote an open letter announcing that she was walking away from the drag world. She said, “I always heard growing up in the “Drag” World: “When do you quit drag..Or when do you know your time is up” and the answer always was: When It stops being fun. Well the fun has stopped for me. Its sad but true…I know some of you are thinking “Its just a phase” or “Oh you will do drag again”…well at this time I cannot continue to do this any longer.” Fortunately for all of her fans, India decided to return to the drag world.

There’s often a stereotype that people who are home schooled are socially awkward and shy. However, that wasn’t the case at all for India Ferrah. She was born and raised in Virginia and was home schooled.  Her parents felt like keeping her out of public school would ensure that she wouldn’t be exposed to things like drugs and violence.

India discovered her love for dressing in drag when she was just 12-years-old. She says shortly after putting on her first dress, she realized that she was in love with it. India started performing when she was 15. By 18, she had assumed the name India Ferrah and began performing at bigger venues.

For almost every drag queen, getting the chance to compete on RuPaul’s Drag Race is a dream come true. That is exactly why India was extremely determined to get cast on the show. She says, “I auditioned all 3 seasons. The first season I didn’t get the video in on time. I didn’t make the cut the 2nd season, so the 3rd season I took it super serious and was dedicated to getting on the show.”

5. She Describes The ‘Pick Up’ Incident As Traumatizing

During the third season of Drag Race, fellow contestant, Mimi Imfurst, randomly picked India up during a performance. The moment caused the show’s rules to be changed to forbid physical contact. While some may have thought  the incident was lighthearted, India was actually traumatized. She said, “I don’t think anyone truly understands what happened on season 3 with the pick-up. Every show I went to, it was, ‘What did you think when Mimi picked you up?..It was always about Mimi Imfurst, it was never about what I was bringing to the show. That can f— with you, mentally, mostly when you put so much work into your art. That was really hard for me to cope with over the years.”

6.  She’s Engaged To Another Drag Queen

Even though her schedule is very busy, India Ferrah has still found time for love. India, whose real name is Shane Richardson, is happily engaged to a fellow drag queen named Savannah F. James. It’s unclear exactly how long the couple has been together, but they seem to be very much so in love.

7.  Her Name Was Chosen By Her Drag Mother

In the drag community, a name is one of the most important elements to a queen’s identity. Some queens choose their own names, but India Ferrah’s was a gift from her drag mother, Montana St Clair. Unfortunately though, India didn’t spill the tea on what inspired the name.

India Ferrah likes to keep the details of her personal life private, but it does look like she’s been divorced. In previous interviews, she made mention of a husband. However, the fact that she is currently engaged suggests that her previous marriage didn’t work out.

9. She Hopes To Inspire The Next Generation

Of course entertainment is one of India’s mail goals. However, that isn’t the only thing she hopes to achieve when she performs. India hopes that her work will inspire and empower the next generation of drag queens. By looking at her success, they see just how much hard work can pay off.

When India isn’t dressed in drag, she identifies as a gay man. However, Shane isn’t the only gay person in his family. His older brother is also gay. In fact, Shane’s brother’s boyfriend was the person who introduced him to drag and helped him put together his first outfit.