Home
TV News
Is is Possible Keeping Up with the Kardashians Lasts Another 20 Seasons? 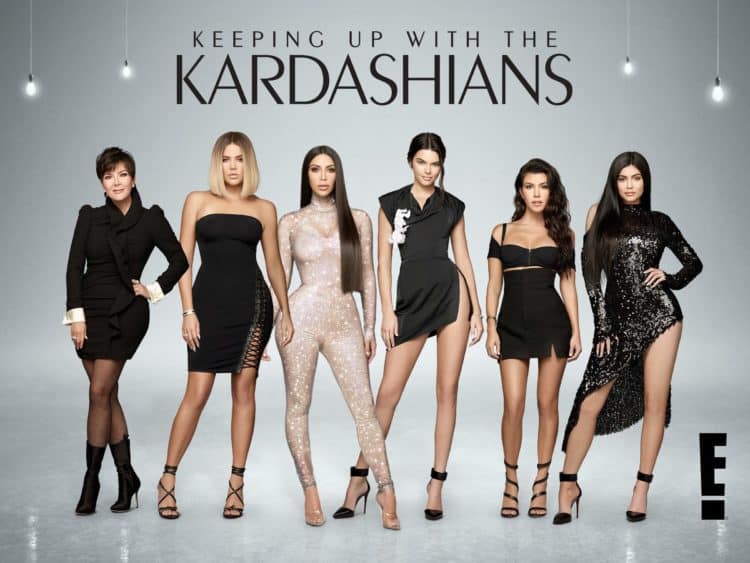 It’s not just possible that Keeping Up with the Kardashians will last another 20 seasons, it’s entirely probable, especially given the lengths they’ll go to in order to stay at the top of the media circus. Whether you like them or not doesn’t seem to matter since it doesn’t tend to affect their checkbooks in any way, and this is only one reason why they’ll stick around since being wealthy socialites that have at least a working knowledge, or greater, when it comes to technology has allowed them to infiltrate American society for years now and create what many people think of as high fashion and drama that people just need to know about. The Kardashian/Jenner clan is perhaps one of the most popular in the nation and while some people are still scratching their heads trying to figure out why, which is a valid question, others are glad to be sucked in by their sense of glamour and entitlement that tends to get mistaken for hard work and dedication to their fans.

It’s very easy to get sidelined by opinion when it comes to the Kardashians as a lot of times they tend to bring such bile and vitriol on themselves through the things they say and do when it comes to social media and on TV. They tend to want to paint themselves in many different ways, some that tend to contradict what they might have just stated and others that might go so far out of bounds that some people seek to call them on their ridiculousness. The deciding factor of their fame however, and their continued fortune, are the fans, which like so many people they seem to forget are necessary at times since otherwise they might not be as ridiculously rich as they are now. It’s very true, fans make up a celebrity’s net worth in a big way since if no one wants to watch you, buy your products, or even acknowledge that you exist or serve a purpose then becoming rich and staying that way tends to become a rather tough struggle for many people that aren’t business-minded and don’t seem to grasp the idea that you need something that people want if you expect them to give you their money. Jason Pham of SC had a few things to say about this about a year back when he decided to explain just why people were getting tired of this family. Here’s the article so you can read it in it’s entirety:

The show is without a doubt one of the most mind-numbing programs on TV since at this point it’s one of the many reality shows that makes it hard to think that such programming is going anywhere but down. The mere fact that so many still watch it speaks to the unfortunate decline of taste in this country since quite honestly, and it’s all a matter of opinion of course, the Kardashian/Jenner group seems to thrive off of drama, conflict, and simply being the most snarky and argumentative bunch on TV. Seriously, they make the young mothers from MTV seem like choir girls by comparison without even trying. Seeing this show for another 20 years would be something that proves that society is on a downward slide that doesn’t seem to have a happy ending in the near future, especially since there doesn’t seem to be any sign that any of them will change into anything but their mother as old age begins to set in.

At this point it’s become easy enough thankfully to ignore the show as it resides on E!, a channel that is known for producing quality entertainment along with, other, programs that many people tend to ignore when they hit the GUIDE button on their remote control. With so much else to watch on cable and streaming networks it’s pretty easy to see that those who don’t care for the show can entertain themselves by watching new and engaging movies that have something to offer other than continuing familial spats and fashion tips that teenage girls might fawn over. On top of this, if you haven’t been listening to pop culture throughout the years the Kardashians have become something of a running joke as well within songs, movies, and even TV shows for several reasons, though even this hasn’t been enough to deter them since they tend to thrive on even the smallest bit of attention, eating it up no matter if it’s positive or negative. Some might call this desperation to stay relevant and they wouldn’t be wrong, but millions of fans would simply scoff and say that the Kardashian’s don’t need anyone’s validation since they’re on top and that’s where they’re staying.

Quite honestly this show will probably last far longer than it should since Kris Jenner will no doubt pull as many strings as she has to in order to make certain that she and her daughters are afforded what she believes they deserve and will resort to methods that others might question to keep them on the air. In fact some might even believe that she’s already been doing this for a while since the consensus among many is that the show should have tanked a while back.

But here it is, like a bad habit that won’t go away.