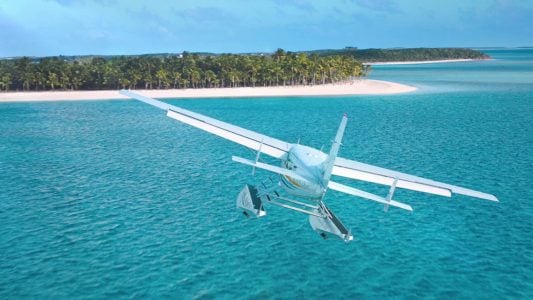 Do you ever wish you could leave your every day life and move to a house on an island with incredible views of the water? Let’s be real, who doesn’t? That’s exactly the premise of HGTV’s Bahamas Life. The show features people who are interested in trading in their city lives for permanent residence in the Bahamas. Viewers get the chance to see what it’s like to find a home on the island. And of course there’s no shortage of gorgeous shots of the island. While the show has built up a pretty impressive fan base, some viewers can’t help but wonder if the network has embellished a few things to make the show more interesting. But is that really the case? Keep reading to find out if Bahamas Life is Fake.

How The Show Chooses People

It’s getting harder and harder not to be skeptical about reality TV shows. Although the whole premise is supposed to be that the shows are based on reality, it’s no secret that many of these shows feature heavy editing and manipulation.  Casting is one of the first things that come to mind when people think about whether or not a show is scripted. If the cast is made up of actors, things start to look a little sketchy. Fortunately, that doesn’t seem to be the case with Bahamas Life. Both the real estate agents and the homebuyers are chosen for the show from an open casting call. The casting call does ask for “real” homebuyers. Still, it’s interesting to note that they are open to people who have already purchased a home in the Bahamas.

Being on Bahamas Life also isn’t a paid opportunity for the home buyer or the real estate agent.

When it comes to Bahamas Life, the network has never implied that the show is anything other than real. However, the casting call suggests that some people on the show have already purchased a home in the Bahamas. This means that the buying process probably doesn’t always take place on the show. Several viewers’ speculations seem to support this.

On a message board on Trip Advisor, one viewer said, “It was fun to watch but much of it seemed to be made up. One of the houses is listed at $100,000 more than they said on the program, and another house was listed at $100,000 less. Also it looks like they bought the house, renovated it, and then filmed the program.” Another viewer added that “the entire show is scripted”.

A viewer from another message board claimed that a friend of his had been on the show Caribbean Life which uses the same concept of Bahamas Life and that it was completely false. He said, “Most of the show is fake – when a place was actually purchased on the show it was likely already bought in advance and then they offered to be on the show and pretend to buy it. Makes sense when you consider how many probably house hunt in these areas and never commit. For filming purposes, they view a couple dummy properties which likely aren’t for sale plus the one they already bought. Typically the place they buy on the show is empty (actually for sale) whereas the “fully furnished” are just dummy homes used for filming.”

Even if you have no interest in ever moving to the Bahamas, Bahamas Life is still a show worth watching. You can get a chance to see some of the beauty the Bahamas have to offer. You can also learn more about the process of buying a home in another country.

At the end of the day, HGTV has somewhat of a reputation for producing ‘fake’ real estate shows. Insider did an entire piece on the various allegations regarding the authenticity of several of their shows. But the question is, does it even matter? The reality is that people tend to watch these shows because they’re entertaining and not necessarily because they’re ‘real’. As long as the content is engaging, most viewers probably don’t care if some of the storylines have been tweaked.