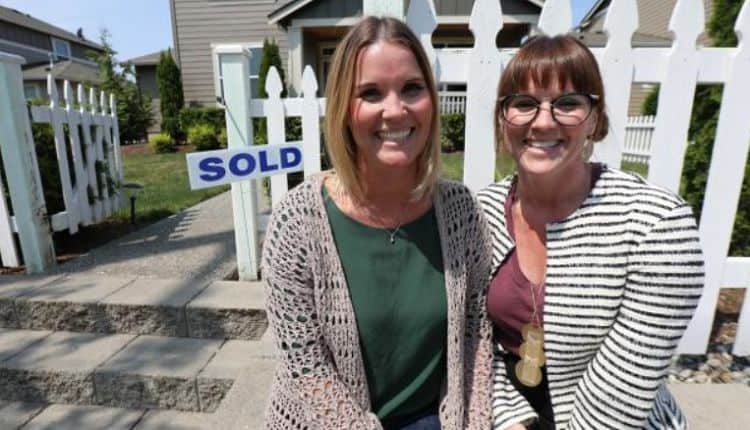 Reality TV shows are coming up at a steady rate with many banking on unique concepts to improve their visibility. Channels such as home and garden TV (HGTV) have come up to sort out this need; its niche being home improvement and real estate in general. Over the years, it has had several shows touching on house rehabilitation, looking for houses, sealing real estate deals and many more. Still focusing on this marketable niche, it has a new show, Unsellable Houses. Unsellable Houses is under the guidance of real estate agents, Lyndsay Lamb and Leslie Davis who are twin sisters. The two help homeowners improve the value of their property by making necessary changes through renovations as evident from HGTV’s site.

The show is still new on our screens, and so far the reception is favorable as the twins lead us from adventure to adventure in their property conquest. As with most reality programs, there is usually the question of credibility. Here, watchers question whether the show is just a script or the portrayals are real-life. The same question comes hot on the heels of this new show with certain pundits asking, is Unsellable Houses fake? While it is in most cases an insider thing that only the crew knows, there are pointers to look at to indicate whether the show is fake or legitimate. Let us look at some of the pointers of the legitimacy of the show.

When it comes to reality shows, especially those focusing on makeovers, the viewership numbers are significant. In many cases, they bank on celebrities who will help draw the numbers to the show courtesy of their influence. The missing part is primarily the experience of the celebrity hosts and most of the times their lack of knowledge in what they are handling is evident on our screens. For HGTV’s show, it seems they wanted it to be as real and professional as it could be and banked on the services of skilled realtors. The twin sisters are competent in their art of getting and selling houses and even have their own real estate company running. The company, Lamb Real Estate Team has been in existence since 2009. The twins also have experience in other sectors, such as marketing and banking. When it comes to their hunt for almost-derelict houses, you can notice their experience come to play.

The restoration process also wipes out any doubt of the show being fake. The renovation of the homes brings in the crew who do the dismantling and repair process of the unsellable units and make them worthy of a decent purchase. However, pundits and critics point out that the houses may be plants and that the whole procedure is just a sham. While it may be so, getting to the bottom of the truth is not an easy task. Also, the units are located in well-known neighborhoods, and there would be circulating reports of a show coming to the area. In case of such news, there is usually a frenzied environment, which has not been the case with the show in its few aired episodes.

The composure of the crews and the homeowners in the show also point to its legitimacy. There is no element of overdoing the roles, which would lead to the program being fake. However, they may undergo some training to know how to fit in character. The interactions are regular and no hint of prior coaching.

Hints of Being A Script?

Above are some of the few pointers to look at when supporting the credibility of Unsellable Houses. Despite the few hints, some may portray the show as being just a script featuring random characters in every episode. One thing that makes many critics of the show conclude that it is scripted is the unimaginable amounts the houses go for – after renovation. The prices seem quite unrealistic even when you do not put their past state into consideration. Also, the realtors seem to be very generous as they sometimes cater for the project’s expenses themselves. It leaves many wondering how they get refunds or is it just an act of goodwill. The restoration process is also speedy, which further brings up the issue of the houses being plants. When it comes to homeowners, there are reports of them being random actors who get into the plot ideally. The news from various websites painting HGTV’s shows as shams also does not help ease the doubts that many have concerning the new program.

Possible Consequences If The Show Is Fake

If Unsellable Houses turns out to be false as many pundits insinuate, then it may have far-fetched effects. First, it will hurt the legitimacy of the channel, and the Discovery Channel, which is its parent company. Viewership numbers may also experience a dip which will affect the show and the other programs. At the moment, many viewers are questioning the almost-perfect reality shows, and they look for a slight hitch to discredit them entirely. The twin realtors may also feel the heat as their company is the one tackling the renovations. They may either receive a higher number of clients due to their exposure or flop due to lack of trust from potential customers.

The home and garden television network has a new program entrant in the market, Unsellable Houses. The show takes on the home makeover setting, which borrows heavily from the reality TV programs concept. While the show seems all perfect and is drawing the desired viewership numbers, there is doubt that it is all scripted. Several areas point to its legitimacy, while there are also pointers to misses which may put it down as a sham. While the truth might not come out soon, for now, the thing to do is tune to the show and experience its dose of awesomeness when it comes to real estate.