Home
Movies
Is The Terminator a Sci-Fi Film or a Horror Film? 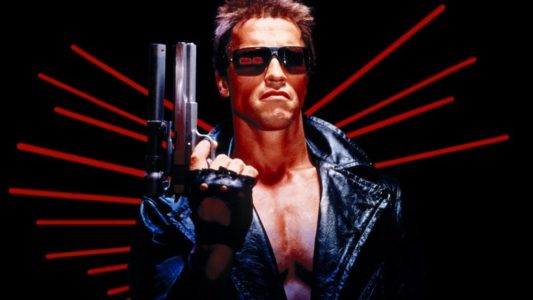 I might have to disagree with Michael Kennedy of ScreenRant on this one, at least in general, since The Terminator was more scifi laden with horror, not the other way around. There are definite horror elements to the story without a doubt, and yes, the gratuitous sex scene was something that tends to happen in a lot more horror movies than scifi, but overall the main theme of the story was science fiction, as the terminator and Kyle Reese both traveled back in time from a war-torn dystopian future where humanity was essentially the creator of our own downfall and the machines had taken over thanks to a murderous AI that had launched and deemed humanity its one prime concern. Horror movies deal with such elements of course, as post-apocalyptic plots don’t necessarily have to be all scifi, but in this case the tech and the overall theme were science fiction at the core with a horrific overlay that was brought into play so as to give it another enticing element that wasn’t based on so much technical jargon that the audience wouldn’t be able to follow. Michael wants to liken the terminator to a cyborg version of Jason Voorhees or Michael Myers and that’s just fine, but pitting either killer up against the terminator is kind of amusing since while all three of them are unstoppable and don’t swerve from a target, the terminator is still more methodical and driven by an underlying program that makes it even more dogmatic in its approach than any slasher.

If you came into the movie after Kyle Reese and the terminator had appeared from nowhere and had no knowledge of who or what they were then it might be easy to deem this a horror movie since of course a man going after women named Sarah Connor would be an easy target when labeling a movie as a slasher/horror. It might even be feasible to say as much thanks to the fact that Sarah is the damsel in distress that can’t fend for herself and needs a protector, and that she’s the final girl at the end that finally toughens up and kills the monster. But even with said horror elements the breakdown is that this is still scifi with horror added in since there is a very strong scientific base no matter that it’s entirely fiction. In the end it really depends on how people want to see it since perspective is the most important decider when it comes to just about anyone. But yes, in my opinion, The Terminator is a scifi nugget with a horror coating that just barely hides the main appearance of the thing. Annlyel James of The Future of the Force has more that can be said about the matter.

Now getting further into this it’s believed by a lot of people that the franchise should have stopped at the second movie and called it a day since they had a great comeback, a great villain, and a great resolution that could finally put a cap on an idea that was fun and drew in a lot of people. It didn’t necessarily have to end, but it would have been a lot better to wait and see what could come of it rather than keep pushing the envelope since by the third movie it was being mailed in and pieces of the movie were being dumped along the side on the way to the theater, some of the best pieces in fact. All metaphors aside the third terminator movie was a disaster as John Connor underwent his first real change as he went from being represented by Edward Furlong to Nick Stahl and then to Christian Bale for Salvation followed by a lackadaisical performance by Jason Clarke that was cringe-worthy at best. Then Edward Furlong came back for Dark Fate and that was all it took to whack John Connor right out of the picture to give rise to the whole idea that women would be the new saviors and that an even more vicious AI named Legion would step into the void created when Skynet was destroyed. By the time Dark Fate rolled around the whole terminator concept felt like a crumpled ball of paper that had been retrieved and smoothed out a few times before someone set a match to it and finally eradicated the timeline.

It didn’t do much good however since Dark Fate tanked eventually and kind of set the whole thing back a bit, yet again. The idea of stopping at the second movie was a popular one that a lot of people still didn’t listen to since honestly the story of the terminator can go on given that it is a scifi horror story in which humanity writes its own ending without ever knowing about it. But the main point of course is that the story IS scifi, but a lot of noticeable horror elements abounding.