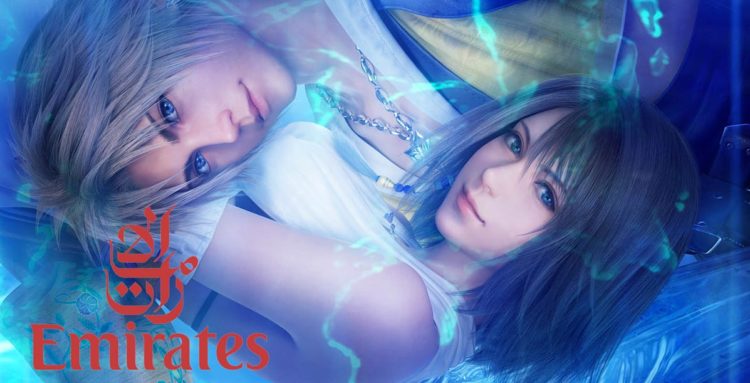 Whether it’s true that Emirates Airline and one of their newest commercials have gone so far as to rip off a song from the Final Fantasy X soundtrack is really hard to say. This is largely due to the fact that there’s only a snippet of the music called To Zanarkand. The song itself is the intro to the game and is also a very meaningful track that takes place far into the game when the party reaches the ruined, holy city of Zanarkand which is the ultimate goal they are seeking and is in effect the end of the road so far as the tale goes, or at least a brief interlude until the party gets to make their way towards the final boss.

Final Fantasy X is a popular game in the franchise that many fans know a great deal about, and the soundtrack was a large part of it since each track led into a very important development in the game. To Zanarkand was likely chosen as the intro to the game since it evokes a feeling of having reached a fork in the road, a place where one has to decide whether to turn back or keep pushing forward. The story that is Final Fantasy X is something that is epic in scale since much like a few other stories in the franchise it takes a central character and allows them to push the narrative, but at the same time allows the other characters to take prominence as the story moves along. By the time To Zanarkand plays in the actual game play the party has gone through a great deal of struggle to get to Zanarkand.

Fans of the game will know the struggles they’ve been through and the story that’s been allowed to unfold as the main character has found out more about the world he finds himself in and what his place in the whole scheme might be. In the history of the franchise this is possibly one of the greatest stories ever told under the Final Fantasy franchise.

In short, the main character, Tidus, has come to realize that he’s stuck in a world he doesn’t recognize, he’s had to befriend several people that see him either as a great blitzball player, a nuisance, or even just an oddity, and he’s had to prove himself in battle multiple times. The cast of characters are absolutely great, as Wakka, Lulu, Yuna, Kimhari, Auron, and eventually Rikku are such great additions to the game that they push the story in their own way and create a great deal of conflict but also are able to be compared to other characters that have been seen in earlier games. By the time they’re all together and have come to an understanding of what they need to do the group is basically set and bound to take down a system that has been set in place for millennia.

But back to the deal with FFX and Emirates.

The whole idea of To Zanarkand being used as a part of their commercial could be coincidental since quite honestly it does sound similar, but at the same time it doesn’t seem as though the whole song is completely ripped off. Fans of the series likely know well enough just what the track sounds like, but it’s also kind of petty to sit there and listen over and over to the track and then make a serious fuss about it. Honestly, if it was taken without permission then it’s likely that Emirates owes a good deal of royalties the more the commercial plays. And if that is the case then perhaps Emirates could possibly make a settlement with the owners of the track and come to an agreement over how to use the song.

In all likelihood the song is perhaps very similar to the track To Zanarkand, but thinking that it’s worth the time to really go into detail and lay out every note so that it can be brought to court for a lawsuit is kind of silly. FFX was a great game, and doing this would only tarnish the otherwise impressive legacy that it’s created and possibly alienate some of the fans that think the same. Right now the Final Fantasy series has been seen as something both addictive and very rich when it comes to world-building, character development, and even overall gameplay. To think that anyone might think that the soundtrack might be worth bringing into a commercial or other venue for use is actually kind of flattering, but of course it needs to be recognized and paid for when allowed and absolutely necessary. Otherwise it would be plagiarism, if in fact this was the way things went down. If it was just coincidence then it’s time to shrug and move on.