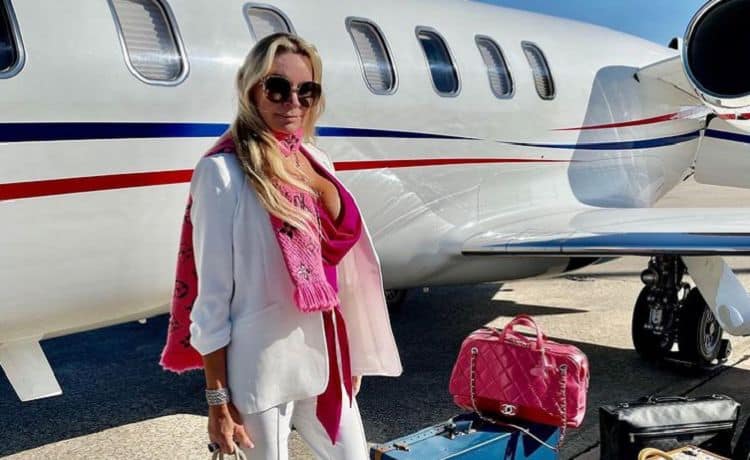 Have you ever wished that you could spend your whole life doing whatever you please and still not have to worry about having enough money to cover all of your expenses? That wish has been the reality for socialite Jackie Siegel for several years. For a long time, she was best-known for being married to Westgate Resorts owner David Siegel, but she has worked very hard to carve out a path for herself. Jackie is a woman of many talents and she has utilized the large platform she’s built to raise awareness to the causes that are important to her. Although it’s easy to look at Jackie and see her as this rich woman who doesn’t have a care in the world, she is truly much more than that. Keep reading for 10 things you didn’t know about Jackie Siegel.

When most people hear New York, they automatically think of the city, but what many people don’t realize is that New York is a fairly large state and there’s much more to it than the city’s five boroughs. Jackie was born and raised in a small town called Endwell which is located about three hours outside of the city.

Over the years, Jackie has built a large fan base and she loves getting the chance to connect with them as much as she can. In addition to her regular social media accounts, she also has an account on Cameo, a platform that allows her to record and sell personalized video messages. Fans can purchase a video from Jackie for $20.

In 2015, Jackie and her husband suffered one of the most tragic losses a person could ever experience. Their daughter, Victoria, passed away at just 18-years-old after a drug overdose. Since Victoria’s death, Jackie and David have made it their mission to help ensure that no other parents have to suffer such a loss. She has used her platform to help spread information about the opioid crisis and she and her husband have even published a book in honor of their daughter.

Don’t let Jackie’s pretty face and fancy clothes fool you into thinking that she likes to spend all of her time inside watching the world from her ivory tower. Jackie actually loves being outdoors and she enjoys doing things like going hiking, boating, and even hanging out at the ranch.

Jackie may not have the longest acting resume in the world, but she’s still got some experience under her belt. According to her page on IMDB, she has earned eight acting credits between 2002 and 2020. Most notably, she appeared in two episodes of The Hotwives of Las Vegas in 2015.

6. She Once Went On A Date With Donald Trump

Before marrying her husband, David, Jackie was once connected to another well-known business man, Donald Trump. Jackie went on a few dates with the former president back in the day and although nothing romantic ever worked out between them the pair remains friends.

Jackie’s eight children aren’t the only ones who consider her a mom. She is also a very devoted dog mom and she loves spending time with her fur babies. It’s unclear exactly how many dogs she has, but several adorable pups have made appearances on her Instagram profile.

8. She Was In An Episode Of Celebrity Wife Swap

Jackie doesn’t appear to have any interest in making a career out of reality TV, but she has made a few single episode appearances on shows over the years. In 2015, Jackie appeared in an episode of Celebrity Wife Swap where she switched places with Juliet Reeves London, the wife of actor Jeremy London.

9. She Was A Pageant Queen

Some people are under the impression that Jackie had never been in the spotlight prior to her marriage, but that isn’t the case at all. In 1993, Jackie was crowed Mrs. Florida America. In what most would consider a full circle moment, Jackie now owns the contest and is the director.

10. She Used To Work In The Computer Industry

Jackie has always been an ambitious person. In 1989, she earned a bachelor’s degree in computer engineering from Rochester Institute of Technology. She worked for IBM for a few years after graduating. When talking about her time with the company she told Vice, “I was one of the only women there, except for the secretaries. It was an all-men’s world back then–still a lot of engineers are mostly men anyway–but I was the only female in my curriculum that graduated [at college].”