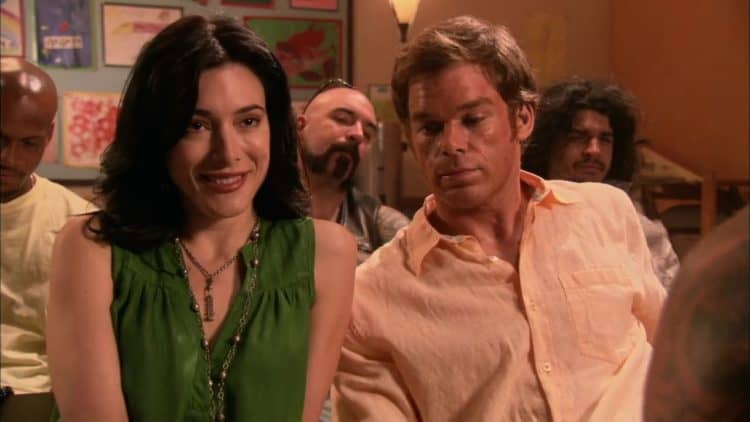 Jaime Murray is an English actress who was born in London on July 21, 1976. She began her acting career in 2001 and has now established herself in the television industry. She has also had some minor roles in films. She is best-known for playing Stacie Monroe in ‘Hustle’, Lila West in ‘Dexter‘, Olivia Charles in ‘Ringer’, and Antoinette in ‘The Originals’. Although she is now well-known in the television industry after playing multiple roles, there are plenty of things that people do not known about this actress. Here are ten fun and interesting facts about Jaime Murray.

Jaime Murray has dyslexia. While most people are diagnosed with this learning condition as a child, Murray was not diagnosed until after she had completed her A-Levels. She did not let it hold her back and she decided to go on to further education.

2. She Almost Choose a Different Career

Murray almost didn’t become an actress. After leaving college, she attended the London School of Economics where she began to study psychology and philosophy. However, she soon decided that academic studies were not for her and dropped out. She then began to train at the Drama Centre London. She graduated in 2000 and began her career as an actress.

3. Her First Acting Job Was Miming

The first acting job Jaime Murray got was not on television, it was actually miming the lyrics for the track ‘I’m Alive’ by Stretch & Verne. She got this job in 1996.

Jaime Murray is also a model and is signed to Models 1 modeling agency in London. One of her biggest modelling jobs was modeling clothes for Debenham’s in their television adverts. She has also appeared in a range of magazines, including Mayfair, GQ, Hello!, FHM, OK!, and Cosmopolitan.

5. She is Married to Bernie Cahill

Jaime Murray is married to Bernie Cahill, an entertainment and brand manager who is also a partner in an entertainment management company. The couple dated for four years before getting engaged. They married five months later in May 2014.

6. Her Dad is Also an Actor

Acting talent must run in the family because Jaime Murray’s father is also an actor. He is the English actor Billy Murray who is best-known for playing Johnny Allen in ‘Eastenders’, Don Beech in ‘The Bill’, and Captain John Price in the ‘Call of Duty’ series of video games. Billy Murray has worked as an actor since 1963 and won a British Soap Award for Best Villain in 2006 for his role in the English soap opera ‘Eastenders’. Jaime’s mother does not work in the entertainment industry.

7. Her First Television Series Role was in ‘The Bill’

Something else that runs in the family is having a role on ‘The Bill’ as Jaime Murray followed in her father’s footsteps and got a role on this police drama series. She first appeared in ‘The Bill’ in 2001 and an episode titled ‘A Pound of Flesh’ playing the role of Tania Matthews. She then returned to ‘The Bill’ the following year to play the role of Melanie in three episodes.

8. She is Named After a Character from ‘The Bionic Woman’

Her parents called her Jaime after the character Jaime Sommers in the television series ‘The Bionic Woman. Strangely, it was actually intended that the character would be called Jamie but a spelling mistake during production forced them to choose between facing huge costs to change the error or simply changing the name of the character.

9. She is Good Friends with Julie Benz

Jaime Murray is very good friends with fellow actress Julie Benz. The two appeared in ‘Dexter’ in 2006. The pair then worked together again when they both had roles in ‘Defiance’ in 2012. Their working relationship developed into a strong friendship.

Jaime Murray has had several jobs not related to television. For example, she was in the music video for Zac Brown Band’s single ‘Goodbye in Her Eyes’ in 2012. She also provided the voice for Hedira in the 2014 video game ‘Lichdom:Battlemage’. Furthermore, she has appeared in two web series. She appeared in one episode of ‘Suite 7′ in 2010 playing the role of Jessy. She then played Andie in four episodes of ‘Jan’ in 2012.