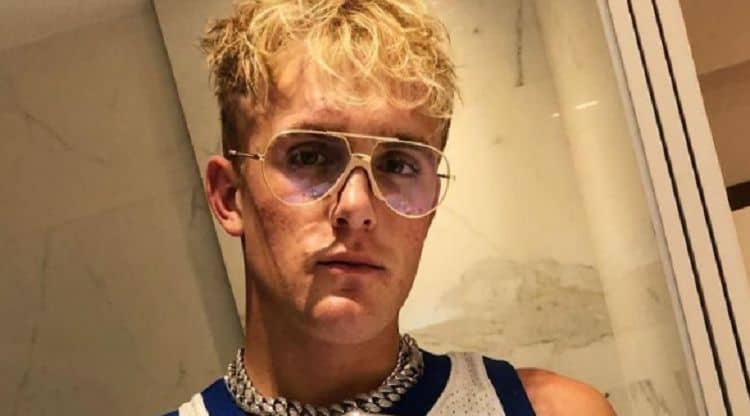 Jake Paul was born on January 17, 1997 in Cleveland, Ohio to Pamela Ann Stepnick, and Gregory Allan Paul, a realtor. He is one of two boys in thee family who have both turned to entertainment as a way of life. Jake Paul is an American actor, vlogger, and YouTube personality who has taken the internet by storm. He and his brother have become household names and have millions of followers for their videos due to the outrageous, creative and controversial topics and acts they perform for their audience. The 21 year old has been the subject of controversy more than once in his life, but he doesn’t let the negative feedback get to him. He continues to rack in the fans, followers, and most of all, the money. If you have ever watched Jake Paul in one of his videos, then you are already familiar with this young, budding comedian. But here are ten things you didn’t know about Jake Paul.

1. His career started on the internet

Paul got his career started by way of the internet. Before the popular video app, Vine, shut down in late 2016, Paul began posting videos that quickly started attracting followers. His first videos were posted in September 2013, and by the end of Vine, he had already accumulated 5.3 million followers, and had 2 billion plays on the app. He was discovered during his video posting and soon his videos turned into something much bigger.

A lot of young stars seem to get their start on the Disney Channel, and such is the deal for Paul. The Disney Channel announced in 2015, that a new comedy series was in the makes, and Logan was going to be the star role. He would be playing Dirk in the series Bizaardvark, a series that follows two best friends whoÂ  like to post videos, humorous songs and funny videos on the internet. Since this is what Paul had already been doing, he was a fitting star for the role.

Paul launched his own business in January of 2017, a company known as Influencer Marketing Management, run by Team 10, which was started by Paul, but also included his brother and a group of other pre-selected colleagues. The company is a creative agency and focuses are teen entertainment. It took $1 million in financing to get it up and running and had investors, such as Horizons Alpha, Vayber Capital, and A-Grade Investments.

4. Once trained to be a Navy Seal

Before Paul became big and famous in the entertainment industry, he had a much different life. Before the fame, he was once a professional wrestler and had also started to train as a Navy Seal. His whole direction in life changed when he first started to gain his huge group of followers from a 6-second video he posted to Vine, and in just five short months, had millions of followers. He was even nominated for the Shorty Award in the category, Vineographer.

5. His brother is a famous Youtuber

Jake is the younger brother of Logan Paul, who is also an internet celebrity. He is one of YouTube’s most popular vloggers and has acquired over 15 millions subscribers to his channel. Before his internet success, he wanted to be an engineer, however, the entertainment business was calling his name, so he dropped out of college to pursue his dream of internet fame. He is one of the Team 10 members, and although he and his brother are in the same business and work together, they have had very public falling outs, too.

One of Paul’s biggest video series that has been viewed millions of times, is his fake marriage videos, which he made and posted to YouTube. He and Erika Costell, a famous model, were close friends, and the two had several videos running around the internet in 2017.

7. He caused disturbances in Beverly Hills

Of course you would expect a young guy like Paul, who is known for comic videos and an attitude, to get into trouble with someone, sometime. His trouble came in way of a disturbance call that his neighbors filed on July 18, 2017 when his neighbors met to discuss filing a class action suit against Paul. Paul gave his personal address out and suddenly, the neighborhood was full of crowds of people (fans) who would gather outside his home. The noise was very disturbing to the neighborhood, so they filed noise complaints and wanted to take it a step further.

The White House is known for hosting all kinds of gathering and events, honoring different people and causes. On January 5, 2017, Paul was one who was invited to the White House for an event that focused on social media. Of course Paul had to create some kind of prank to post to his vlog channel, so what would be funny? To not actually leave the White House after the event was over, but stay hidden and try to sneak out in the middle of the night. Oh, and not get caught by security. Well, that’s exactly what Paul did. He snuck out of the highly guarded and monitored White House at 3:30 am and was never confronted by security. His prank was a success.

9. Made a controversial video

His controversial video on January 3, 2018 was uploaded to his channel, and titled, “I lost my virginity.” The video received a lot of negative comments and was criticized for its explicit content, which featured his then, girlfriend Erika Costell, laying on the bed with some of her clothes removed and Paul straddling her in a sexual position. There was a lot of negative feedback stating it was too explicit for a young audience, which sparked Paul to change the thumbnail to a different video of he and his girlfriend lying on the bed fully dressed and not touching each other.

10. Spent thousands a month on a rental home

When the Team 10 was created, the colleagues decided to all move in together, so of course, you need a big house – a mansion. Paul and his buds rented a $17,000 a month mansion in the Beverly Grove neighborhood in Los Angels back in July of 2017, but since then, in November, a new property was bought and is located in Calabasas, CA.