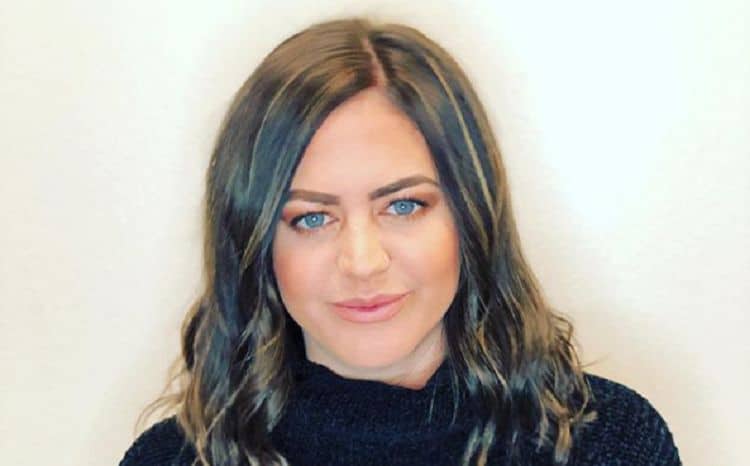 Jemmye Carroll was introduced to MTV fans in 2010 when she was cast on The Real World: New Orleans. Jemmye is a Mississippi native who grew up in a very conservative household. However, she stunned fans by expressing her personal more liberal beliefs. Although she was just 21-years-old at the time, her storyline on the show as filled with lots of serious issues, including domestic violence. In more recent years, Jemmye has become known as a fierce competitor on The Challenge. She has appeared in seven seasons but decided to walk away after the Final Reckoning season. Although she may be done with competition style shows for now, Jemmye doesn’t have plans to walk away from the camera any time soon. Continue reading for 10 things you didn’t know about Jemmye Carroll.

1. She Sees Her Ex In Her Dreams

Jemmye Carroll had a very public relationship with her Real World cast mate, Ryan Knight. The two began hooking up during their season of the show, and then continued a relationship after filming. Their relationship was marked with lots of ups and downs and they went through a rough break up before forming a friendship. Sadly, Ryan passed away in 2014 after a house party. Shortly before the 1 year anniversary or Ryan’s death, Jemmye wrote a sweet letter in honor of her long time love.

2. She Has A Tattoo Dedicated To Her Mom

Jemmye has a very close relationship with her mother. During her time on The Real World, she spent a lot of time calling home to talk to her mom. Although her mother has much more conservative views, Jemmye always felt comfortable opening up to her and it was clear that she admired her mother’s strength. One of Jemmye’s tattoos is in honor of her mother surviving breast cancer.

3. She Was The Valedictorian Of Her High School Class

Even though Jemmye’s life didn’t end up following the traditional trajectory, she was once well on her way. Jemmye was the valedictorian of her high school class at Aberdeen High School. She then went on to attend Mississippi State University where she became the president of the school’s Pre-Law Society.

Jemmye Carroll started a YouTube channel in 2018. Initially, it seemed like the channel would focus on her personal life but she decided to take another route. In the beginning of 2020, she started posting weekly recaps of MTV’s Ex on the Beach: Peak of Love.Â As a cast member on the show, Jemmye’s recaps have an extra special perspective.

Old school reality TV fans will certainly remember the days when Tiffany Pollard, better known as New York, was the most recognizable name in reality TV. Pollard got her start on VH1’s Flavor of Love where she quickly became infamous. Jemmye considers Pollard the “queen of reality TV” and uses Pollard’s YouTube channel as inspiration for her own.

6. The ChallengeÂ Led Her To Audition For The Real World

Even before becoming a part of the MTV family, Jemmye Carroll was a fan of both The Challenge and The Real World. In fact, she got the information for her Real World audition while watching an episode of The Challenge. Jemmye says there was a popup that appeared in the corner of the screen during the episode to let viewers know that MTV was looking for cast members. She auditioned for a spot and the rest if history.

7. She Would Love To Be On Southern Charm New Orleans

So far, Jemmye has only appeared in reality TV shows on MTV, but she has a couple idea for other shows she would like to be on. When asked in 2019 if there was another reality show she could see herself on, she said she would love to do Southern Charm New Orleans. When asked the same question in 2020, her answer changed to Big Brother.

8. Every Scene She’s In Makes Her Cringe

One of the hardest things about being on any sort of TV show is watching yourself on screen. For reality TV stars, this is probably even more difficult since awkward and/or embarrassing moments are rarely ever edited out. For these reasons, Jemmye says that she cringes every single time she sees a scene with herself in it.

9. She’s Training To Come Back To The Challenge

When Jemmye left The Challenge, it appeared that she had no plans to return. But it looks like things may have changed. Jemmye is currently working with a personal trainer in order to get herself in shape to compete. She won’t be appearing in the show’s current season, but it looks like she’s trying to catch the next one.

10. Ex On The Beach Helped Her Grow

MTV’s Ex on the Beach is a show that tends to breed drama. However, Jemmye Carroll had a very positive experience on the show. Not only was it a chance for her to meet and connect with new people, but she also says the show forced her to get outside of her comfort zone and helped her grow as a person.