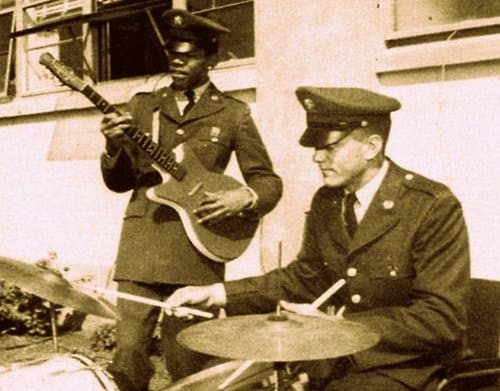 This is a photo that’s been seen of Jimmy Hendrix but every time I see it I’m reminded of just how vintage and cool it is.Â  At the time of this photo it’s technically Private James Hendrix of the 101st Airborne, playing guitar at Fort Campbell Kentucky in 1962.Â  There are a decent amount of people who still don’t know the full story of Jimi Hendrix’s time in the army or why he was discharged, so here it is:

In 1961, Hendrix was given a choice between Â two years in jail or or joining the Army after a run in with the law for riding in stolen cars. He took the option to join the army and was assigned to the 101st Airborne Division in May of 1961. But just one year later, Hendrix was discharged. In the document below, we can make out the reasons for his discharge.

Yes you read that correctly.Â  Seems that Hendrix didn’t really care much for the army.Â  But while he was there he did manage to play a little guitar.Â  Can you imagine how cool it must be if you’re that drummer and 20 years later you get to tell the story of when you jammed with Jimi Hendrix in the army? Not too many people get to tell a story like that in their lives.Â Â  And if Jimi were alive today he’d probably want that story locked up.

Check out the discharge document and a couple of other Hendrix army shots below: 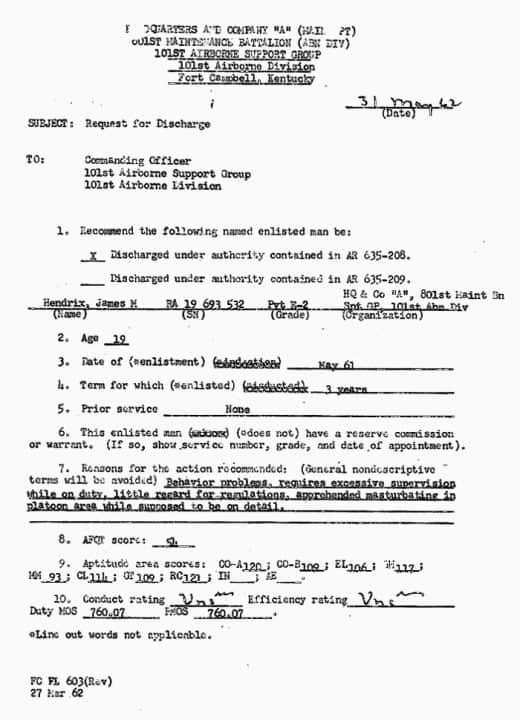 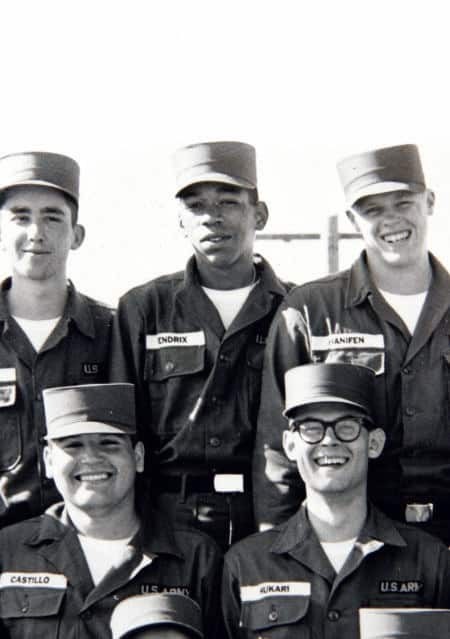 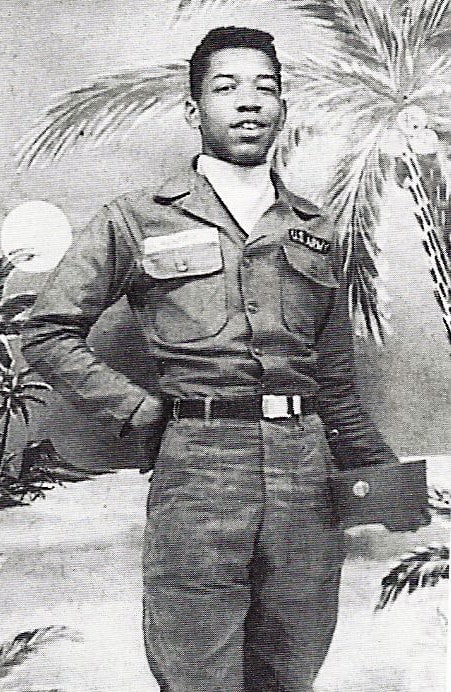