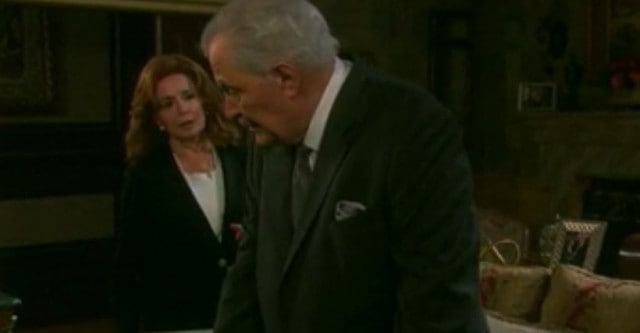 Wednesday’s Days of Our Lives is one of the most dramatic yet. This entire week is all about the past; how it has affected the people of Salem, how it has affected families and how it has affected the future. Wednesday, the past continues to haunt Salem in more than one way, and it’s getting even worse (or better, for some) for the people in this small community. For John, it’s all about the moment he’s been waiting for so long. We’ve watched endlessly as he’s tried to find some connection to his past; and he’s had so many letdowns in the process. On Tuesday’s episode, however, we saw as he finally made some headway in the search, finally finding his mother. While anything can — and usually does — happen, it seems that this woman, Maude, might be his real mother. Evidence that she is his mother is astounding in comparison to some of the evidence he’s had about his family in the past. Word on the street is that John’s mother will make a personal appearance to bring with her news that will rock John’s life forever in the next few days.

Victor opened up to Maggie about his history with Deimos, but we don’t know how much of what he had to say is true. He knows he is in a position in which he has a brother out to get him, and we’re not sure he’s even bothering to try and make it at all believable or if he’s just looking to cover his behind. There could be some truth to what he has to say, but we suspect that there are a few holes in his story, a few things missing and a few details left out. Deimos is currently working with Philip, but it looks like we will find out what kind of dark, dirty secret is shared between these two as more of their meeting is shown.

Speaking of Philip, what is going on between him and Belle will become a bit more complicated Wednesday. It seems that Claire is just livid that these two are spending so much time together and that their relationship is beginning to become a bit more intimate. We saw her call Belle’s estranged husband on Tuesday and lie to him about Belle being in trouble and needing him, and he’s on his way back to see what he can do to help her. When he shows up, he’s going to drop a bomb on her that will have her questioning everything in their relationship, but Philip will continue to fight for the woman he wants, much to Claire’s dismay. She’s doing everything she can to keep Belle and Philip apart and we think that she will not stop until she has accomplished just that. Will Claire succeed in getting Shawn and Belle back together, or will Belle choose Philip? 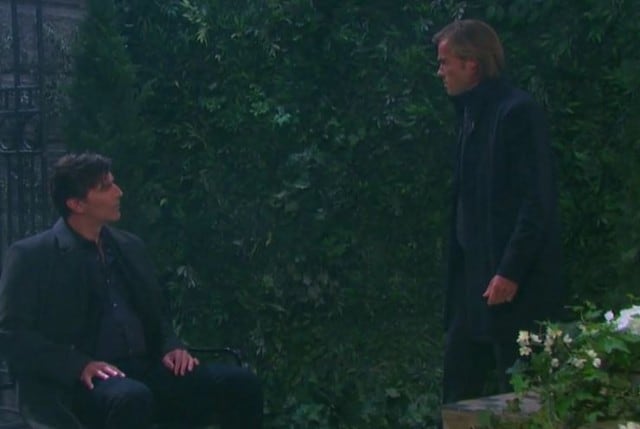 Kayla is still missing — she’s not made it to D.C. and fans are wondering if Wednesday will finally be the day that Steve realizes she never made it to the airport, or if he is so focused on his meeting with Ava and her insistence that she’s been working with Joey to keep those two together. We know that this is a twisted sort of game that Ava is playing with everyone, what with Kayla hidden in her hotel room and her insistence that her missing little boy is actually Steve’s. Wednesday hopefully brings with it some real answers about this one.

Furthermore, we see a few more interesting turns of events, too. On Wednesday’s episode, we will see that Hope has a romantic encounter. Hope has had a very busy week, and it seems that it’s just getting even busier as time goes on. She finds herself in the middle of an intimate moment with Rafe on this next episode, and the two share a kiss. Will it be a one-time thing, or will we see these two spending a bit more time making out in the near future? Is there a romantic connection here, or is Hope just flying high off the tail of confessing to murder and literally walking right away from it with nothing more than a few questions as to why she didn’t report the ‘self-defense’ situation that caused her to kill a man sooner?