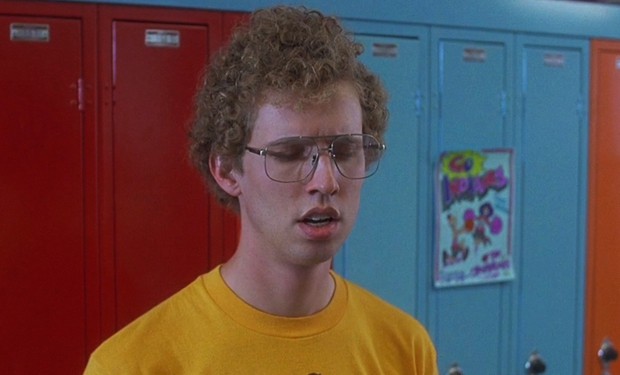 If the graboids are found in space rocks that fall to earth and start out as itty-bitty worms I would not be surprised at this point. Joey Paur of GeekTyrant is pysched about the upcoming Tremors 7 but honestly my eyes are rolling hard enough to be in the back of my skull at this time since the first and the second one should have been where they stopped cold. Why? Because the two key characters, apart from Burt, were well and gone by that time and had finally reached some closure in their stories. Val and Earl were the two main stars of the original movie and once Val was gone and Earl had taken off, Burt was the last holdout that really meant anything to the story. Sure there were a couple of other residents in Perfection that hadn’t been eaten yet, but the story, despite whatever anyone else might say, just needs to end finally. I can’t in all honesty say that bringing Jon Heder into the mix would be a bad thing or a good thing since he’s a very well-liked actor and tends to be pretty good at whatever he does. But seriously, Tremors really needs to bring a finale to the table at this point.

Burt Gummer is a great character and all but having him lead the charge from part three to the current movie, it’s 7 right?, seems like it might be stretching the story a bit thin and finally taking things beyond where they should have been allowed. Graboids being taken to an island where they can be legally hunted makes about as much sense as a rich guy taking a bunch of convicted felons to let them compete for the chance to go free, only a little more dangerous since the graboids aren’t really going to care about freedom as much as lunch. One has to wonder if John Heder knew what he was getting into when he signed up for this or if he just had some free time and needed something to do. Burt has been just about anywhere in the world you can expect a graboid to show up or somehow evolve to live in at this point, or at least it feels like it, and the ideas just keep coming. They’re not the greatest ideas (assblasters anyone?) but they do keep coming so long as the writers room has enough people in it that have graduated middle school and have a moderate to good mental library filled with nicknames and insults that might actually translate into popular descriptors for movie monsters. Personally I though mother humpers was a good one but seeing as how that was more an exclamation by Burt after killing his first graboid it didn’t seem too likely to catch on. John Squires from Bloody Disgusting has more to say about the movie.

Back in the first movie things were nice, simple, campy as hell but still funny, and hadn’t yet been complicated by evolution. I know, listen to me rant on about the old days and how things were so different. Well, unlike many a time when the claim that they were better doesn’t hold water, this idea does. Back when Tremors first started it was enough that the graboids were giant worms with snake-like tongues that existed in a desert climate. From that point on they became bipedal, eventually grew wings, and then it was off to the races. The ideas that have been coming up since that time have been enough to excite the true science fiction nerds that will gladly embrace just about anything no matter how ridiculous it is (no judgment) and will call it classic or at least watchable since they want to know how the story continues. I can understand that and respect it since the story has been pushed forward in a very ridiculous but forward manner thanks to Burt. How much longer it’s going to go on is anyone’s guess since my own predictions would have left it back at the third one and no further. Heck, when Earl was gone I kind of lost interest until I saw Melvin come back. Oh be honest, you wanted to see him get eaten too. Josh Millican of Dread Central has his own ideas about the movie and what it will entail.

With Perfection kind of in the rear view though one has to wonder just how much longer this franchise is going to go since everyone but Burt either got eaten or took off long ago and in some cases were glad to go. He’s done a bang-up job of keeping things running this far along, but one has to wonder when Michael Gross is going to say enough and just hang up his guns and call it a day. Fans might be kind of saddened when that day comes, but even Burt Gummer isn’t going to be able to turn back the clock if it takes too long to keep coming out with one movie after another.