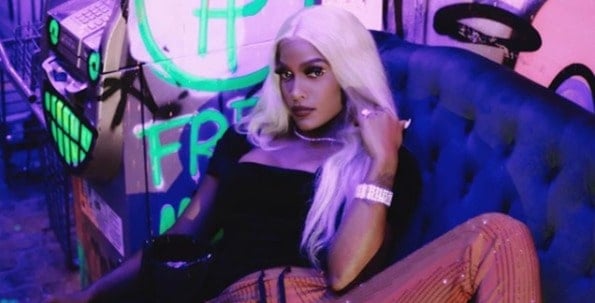 Also known as The Puerto Rican Princess, Joseline Hernandez is a reality television personality, a rapper, and an actress. She was born in Puerto Rico on November 3, 1986, and she began her career in entertainment in 2012. She is now best known as one of the main cast members of the VH1 reality series ‘Love & Hip Hop: Atlanta’. She has also released ten hip hop singles during her time in the series. Although she is relatively well known, there are many facts that people do not know about her. Here are 10 interesting things that you probably didn’t know about Joseline Hernandez.

1. She is From a Large Family

Hernandez was born in Ponce in Puerto Rico, which is where she spent her early childhood until her family moved to Miami, Florida when she was six after her father died of a heroin overdose. She is one of six siblings as she has an older sister called Yanira and four brothers called Jorge, Hisael, Kermit, and Luis Jr. Hernandez has remained close to all her siblings, despite now living in Atlanta.

2. She Lied About Getting Married

In 2011, Hernandez started dating American DJ and record producer Stevie J. The couple announced in 2012 that they had got married. However, they admitted in 2016 that the marriage was faked for the sake of publicity. Court documents confirmed that although they were in a long-term relationship, they had never been married. The couple split later in 2016, and their separation was covered in the fifth season of ‘Love & Hip Hop: Atlanta’.

3. She Is a Talented Dancer

Although she is known for being a hip hop singer and a television personality, Joseline Hernandez is also a talented dancer. She first began dancing when she was 16, and she used her skills to earn money. Hernandez began stripping so that she could support her family as they were poverty-stricken and she wanted to make sure her younger siblings had everything they needed. While she was working as a stripper, she used the name Shenellica Bettencourt.

4. She Has Been Arrested Twice for Lewd Behavior

Although she has now cleaned up her act, Joseline Hernandez has been on the wrong side of the law in the past. While she was working as a stripper, she was arrested on two separate occasions; first in 2003 and then in 2007. On both occasions, this was for lewd and lascivious behavior. Since then, she has turned her life around and stayed on the right side of the law.

5. She Has Had Plastic Surgery

There have been many claims of Joseline Hernandez having plastic surgery in the media. While some of these claims are true, she has denied some others. Hernandez has always been open about the fact that she has had breast implants and is not ashamed of it. There are also claims that she has had bottom implants. She has denied these claims and says that her derriere is all her own. There have even been claims that she began life as a man and has had surgery to become a woman. To defend these claims and reassure fans that she is all-woman, she took drastic action and posed naked for pics that were posted online.

6. Hernandez Supports a Brother with Autism

A cause that is close to Joseline Hernandez’s heart is autism awareness because she has a brother who has autism. She has helped to raise her brother and making sure that he had the medical support he needed was one of the reasons she turned to stripping. She has said that she doesn’t regret the stripping because it allowed her brother to have what he needed. Hernandez has continued to support her brother in getting the support he needs as an adult.

8. She Has a Daughter

After she had split from Stevie Joseline Hernandez discovered that she was pregnant with their child. She announced this news to fans during the season five reunion of ‘Love & Hip Hop: Atlanta’. Stevie J and Joseline Hernandez’s daughter was born in December 2016. Their daughter is called Bonnie Bella Jordan. Although Bonnie is Hernandez’s first child, she is the sixth child that Stevie J has fathered. He has two sons and three daughters from four previous relationships. These children were born between 1995 and 2009.

Although she has famously had a long-term relationship with Stevie J, Joseline Hernandez is openly bisexual. She has said that she likes men and women equally and that she does not have a stronger preference one way or another. She does not know what the future holds in terms of relationships, so she is happy to consider either male or female partners in the future. After splitting from Stevie J, she dated DJ Ballistics Beats.

Since she has become a television personality, Joseline Hernandez has accrued a huge following on social media. On her Twitter account, Hernandez has 1.21 million followers. She opened the account in May 2012, and she posts photographs of herself most days. Hernandez also retweets content she finds interesting and uses the platform to promote her work. Her Instagram account has 3.2 million followers, and she simply uses the name Joseline. She predominantly used Instagram to post provocative photographs of herself.