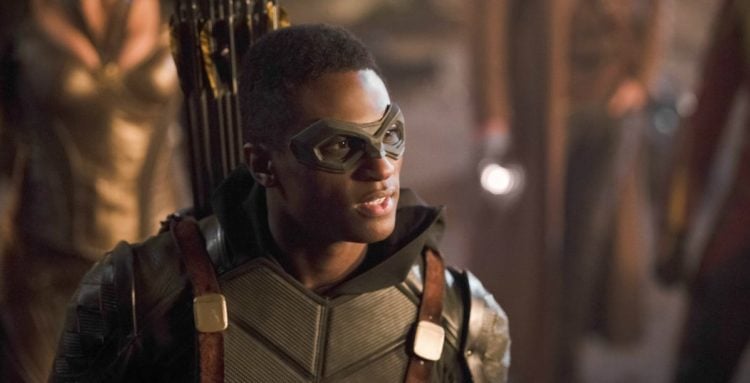 With so many actors coming up and gaining more and more attention these days it’s difficult to keep tabs on all of them and keep their names straight let alone their careers. Joseph David-Jones, born December 22nd, 1993, has thus far impressed a lot of people with his acting skills and has made it known that he’s someone who can be seen as someone that’s both hardworking and more than willing to take on a role to further his career while at the same time making that role into something that’s worth watching. There’s always bound to be some push from the fan base about certain roles and there’s no doubt going to be a fan here and there that thinks that he’s not worthy of the roles he wants, but thankfully they’re easy to ignore since so far he’s been inundated with a lot of positive responses that have validated who he is and what he’s doing in show business.

Here are a few things you might not have known about Joseph.

10. He attended the University of Kentucky on a full scholarship.

Scholarships that are applied to college are great but full scholarships are hard to come by since it takes a good deal of work, effort, and even sacrifice at times to obtain them and to keep them. So this alone should tell you that Joseph is someone that knows how to get in and get the job done and keep at it in order to let people know that he’s worth their time and effort.

9. So far he’s not all that big on social media.

Honestly his presence isn’t really all that big since he doesn’t even have a hundred thousand followers to his name, but that could be for a number of reasons since he might be too busy, he might not care to get on social media that much, or there could be another reason that it’s just not a priority. After all he’s an actor, not a social media influencer.

8. He has a fairly wide range of interests.

Joseph does seem to get around and experience a few things and has thus far in his life been able to enjoy himself and pursue a few different interests. Being able to do all this because of an increased level of funding is nice no doubt, but so long as a person earns it no one should have an issue with it.

7. For a while he’s been a part of the Arrowverse.

It’s not just anyone that gets to play the part of Green Arrow, even if he was an alternate to the original. He was a recurring character for a while until he was finally brought on as a series regular in the eighth and final season.

6. He’s expressed a desire to play the part of Blade.

Joseph did admit to having a desire to play the part of Black Panther, but since Chadwick Boseman is just hitting his stride with the character that’s obviously not going to happen. But as Blade he does think he could step into the role and make it work again.

5. He was in the movie Detroit.

This movie was kind of buried when it came out since it didn’t seem to inspire a lot of people despite the fact that it was based on a true story. Obviously some things were switched around and changed for the movie, but it was still a fair representation in many ways.

4. It goes without saying that he’s in awe of Denzel Washington.

A lot of people could probably say the same thing since Denzel is just one of the most amazing actors around and seems more than willing to share his knowledge and experience with those that ask and genuinely want to learn.

Given that he’s been on one of the most watched shows in TV history as of late it’s definitely a bonus that he knows how to hit the gym and take care of himself since the part of Green Arrow does require someone that’s fit.

2. So far there isn’t a great amount of information on him.

As of right now it doesn’t seem like there’s a whole lot to be found on him when it comes to the internet.

Tom Ford of Net Worth Post jotted this down in an article along with a few other things about Joseph that detail just who he is and what he’s done to get this far. While it might not be a huge number it’s still impressive considering that if you went on the street right now and asked a random ten people who he is it’s assumed that only half or less would be able to give an answer.

He’s a promising actor, that much is obvious.