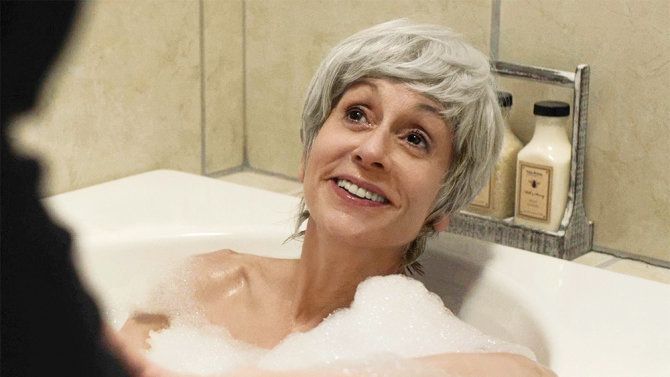 Judith Light is one of those actresses that is actually quite busy most of the time but doesn’t get noticed all the time since she’s typically a part of TV shows and movies that either don’t get a lot of play at prime times in the day or evening, or they’re not promoted as heavily. You’ll no doubt recognize her from Who’s The Boss? since she was one of the main characters and was therefore a key part of the show. But she’s been doing a lot more since then and has managed to create a career and a legacy that’s great enough to hear sounds of appreciation when she comes on the screen in a favorite show or a movie. But in TV she seems to thrive since she has the kind of presence that you can’t help but think makes her the perfect authority figure or at the very least an interesting and very engaging person that you love to watch.

Something about Judith just says ‘attitude’ and while it might be kind of hard to accept in everyone she’s one of the handful that can make it work in a way that’s nothing short of brilliant. In that light two shows come to mind out of all of her projects in which she’s been absolutely great and has really managed to shine. Part of it is because she’s had a great cast around her and has managed to build off of their acts as well, while the other part is that she’s just forceful enough of a personality that she can drive the momentum of a show if she really has to.

The first show that comes to mind is Law & Order: Special Victims Unit.

She plays a hard-nosed judge that has a lot to do with the SVU and tends to be rather hard on criminals but also just as hard on the prosecution if they don’t play by the rules. In this show she was the type of character you didn’t want to cross since she was forgiving enough when it came to following the law, even if she didn’t like it at all times. In some instances it was hard to figure out why her character would let people off the hook and penalize others so harshly, but in some cases if people did manage to get on her bad side it was highly satisfying to think that she was going to bring the hammer down full force and let them have it. There were plenty of episodes when her by the book attitude didn’t really mesh with the way things needed to happen, but then playing a character that’s bound by reality one has to learn how to play by the rules occasionally and take it even when it’s not all the pleasant. As Judge O’Donnelly however she was without a doubt one of the best parts of the show since she got to be an authority figure and she got to bend the rules just a bit when she absolutely needed to in order to make things work.

The next show is one that’s more recent, Transparent.

Calling Shelley ‘difficult’ is kind of the tip of iceberg with this character since there’s so much going on with her that trying to affix one label without having others on hand when needed is kind of ill-advised. She’s not a bad character but she definitely has more to her than you can see initially and she does tend to have a lot to deal with since her ex-husband is intent on becoming a woman, which throws another dynamic into her life that she wasn’t ready for, as most people wouldn’t be, but she still has to deal with. She’s not exactly flighty but she is a bit hard to keep up with for those that don’t know her well enough and even those that do know her might find this task a bit daunting every now and then. But the fun part about Shelley is that she tends to roll with the life she’s given and for all the difficulty that comes, whether it’s caused by or experienced by her, she somehow gets through it in her own way.

Throughout her career thus far Judith has had a way about her that can’t really be called energetic but instead might be referred to as something else, something that defies easy explanation but is somehow hard to look away from. She has a type of magnetism to her that makes it easy to watch whatever role she’s playing and think that it too allows her to pull a viewer in whether they enjoy the story or not. Some actors simply have that personality that can attract others and Judith has been this way for a long, long time now.

*P.S. let’s not forget about her stage work which is nothing short of spectacular.