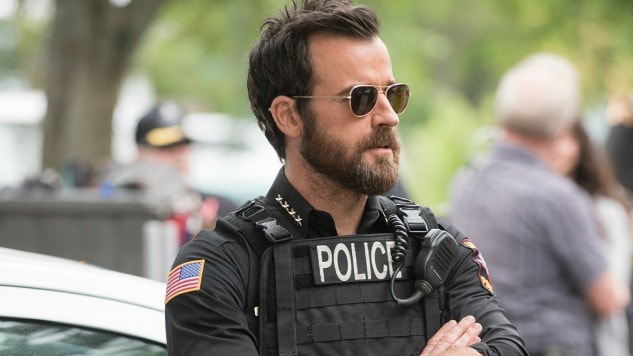 Justin Theroux is an actor, screenwriter, and film producer who was born in Washington D.C. on August 10, 1971. As a television actor, he is best known for starring as Kevin Garvey on the HBO series ‘The Leftovers’. The films for which he is best known are ‘Mulholland Drive’, ‘Inland Empire’, and ‘The Girl on the Train’. As a screenwriter, he is known for films including ‘Iron Man 2′ and ‘Tropic Thunder’. Theroux has also attracted attention to himself in his personal life, specifically because he is the ex-husband of actress Jennifer Aniston and their relationship was high-profile. Although he is well known, there are many things that people do not know about this actor and screenwriter. Here are 20 things that you probably didn’t know about Justin Theroux.

1. He Finds Writing Harder Than Acting

According to Positive the Facts, Justin Theroux was possibly influenced to start writing because his parents were also writers. In the past, his mother was one of the writers at Washington Post and his father, a lawyer, was also a novelist who wrote ‘The Mosquito Coast’ Theroux has said that he finds writing screenplays much harder than acting. However, he has added that he finds the final result of his writing so much more satisfying than completing an acting project.

2. He is From a Talented Family

Justin and his parents are not the only talented people in his family, says Useless Daily. He also has three talented and successful uncles. Paul Theroux is a novelist and travel writer, Alexander Theroux is a poet and novelist, and Joseph Theroux is a novelist and educator. His cousin ate Louis and Marcel Theroux, the British journalists and documentary makers. Theroux’s younger brother Sebastian is not linked to writing or the entertainment industry at all.

3. He Missed an Opportunity to Be in the Cast of Friends

Justin Theroux was almost in the cast of the hit sitcom ‘Friends’, which would have meant that he met Jenifer Aniston many years earlier than he did. However, E-Online says that he turned down the opportunity to go for a screen test. Despite realizing that he almost had the potential to become successful much sooner and to have accrued a significantly larger net worth, Theroux has said that he does not regret his decision not to go for the screen test.

4. Her is Very Artistic

Theroux has an artistic streak and that influenced his choice of study at college. He attended Bennington College and graduated in 1993 with a B.A. in visual arts and drama. Positive the Facts says that he is still artistic and likes to surround himself with friends who share his passion for art. He also likes to hang out at artsy places.

5. He Was in Sex and the City Twice

Two of Justin Theroux’s television appearances were in ‘Sex and the City’, says E-Online. However, he played two different characters in these appearances. He played a novelist called Jared who flirts with Carrie in an episode titled ‘Monogamists’. A year later, he returned as the character Vaughn in an episode called ‘Shortcomings’.

6. He is a Talented Illustrator

Theroux is a man of many talents, including acting and writing. One of his lesser-known talents is that he is an amazing illustrator, says Pop Sugar. Theroux did the illustrations for both of Amy Sedaris’s books; ‘I Like You’ and ‘Simple Times’.

7. He is a Vegetarian

According to 10 Facts About, Justin Theroux is a vegetarian. He made this decision when he was a teenager as this is when he first became passionate about animal welfare and animal rights. He continues to follow a vegetarian diet to this day and has spoken openly about his support of issues relating to the welfare of animals. Theroux has taken part in PETA campaigns.

8. He is Passionate About Fitness

Anyone who has seen Justin Theroux minus his top will confirm that Justin Theroux clearly likes to keep in shape. He has spoken often about his love of fitness, says Men’s Variety. He is particularly fond of boxing as a way to keep fit. However, he does not like having a female sparring partner as he finds it too hard to hit them back. Theroux has even graced the cover of an issue of ‘Men’s Health’ magazine, showing off his impressive physique.

9. He Can Do Tattoos

One of Justin Theroux’s creative talents is that he can do tattoos, says Panda Gossip. He has even tattooed some of his friends, including Conan O’Brien. Theroux tattooed unicorns and ladybugs on O’Brien’s abs.

10. He Might Not Have Married Jennifer Aniston at All

When Justin Theroux and Jennifer Aniston married in 2015, they became one of the hottest married couples in Hollywood. However, Screenrant says that there were rumors that the couple was never legally married. This rumor started when TMZ did a search for the couple’s marriage records, and none were found. TMZ reported that they had also not filed for confidential marriage records. If Theroux and Aniston did not have a marriage license in Los Angeles, then it is possible that they were never legally married. The couple never responded to these rumors, either to deny or confirm them,

Theroux has never particularly embraced the attention side of his celebrity status. Although he is happy to appear in public at events, he tries to keep his personal life private and doesn’t enjoy the invasive aspect of being a celebrity. According to E-Online, this is something that he struggled with throughout his relationship with Jenifer Aniston. She was arguably the more famous half of the couple and attracted a lot of attention. When they started dating, he felt that the paparazzi interest in them was very invasive.

12. Theroux Almost Drowned on His Honeymoon

One of the most frightening things to happen to Justin Theroux in his life is when he almost drowned, says People. Theroux and Aniston spent their honeymoon in Bora Bora in French Polynesia. One of the most popular activities in this destination is scuba diving, which is something that Theroux had only done once before. When he went out on a dive with an instructor, he had some problems in communicating due to language differences. He realized that his oxygen was low and tried to alert the instructor, who misunderstood and told him to continue swimming. Just when he was about to run out of oxygen completely, Theroux showed the instructor that his tank was empty, and the instructor then put him on the emergency respirator to save his life.

13. He Spent Two Years Renovating a House with Aniston

People also reported that Theroux and Aniston’s marital home was a stunning $21 million mansion. The couple spent two years renovating the property, and this was something that caused friction between the couple. Aniston had renovated homes before and was used to having full control over creative decisions. She found it difficult to share Theroux in this process.

14. He Has Diverse Hobbies

Justin Theroux has a rather diverse range of hobbies. One of these is playing computer games, says Celeb Investigator. He particularly likes war games, such as Call of Duty: Black Ops 3. This was something that Jennifer Aniston never understood. He also took up break dancing for his part in Zoolander. This was something that he enjoyed, and he has continued to improve on his break dancing skills. One of Theroux’s strangest hobbies is collecting teeth. He went through a strange phase of collecting teeth and displaying them on his coffee table at home. Theroux would go to the dentist and take along a biohazard bag to put in some teeth. When he got home, he would steam them before putting them out for display.

15. Theroux Has an Estimated Personal Net Worth of $20 Million

16. He Talks About Jennifer Aniston in Parks and Recreation

In 2009, Justin Theroux appeared in several episodes of the hit series ‘Parks and Recreation’, says Gossip Gist. In one episode, he talks about the actress Jennifer Aniston and how she always dates the wrong guys. This is ironic because he began dating the actress himself just two years later and then married her in 2015. It seems his words in ‘Parks and Recreation’ were rather prophetic as the couple divorced in 2017 after getting into a relationship with the wrong man again.

17. He Has Mixed Ancestry

Although Theroux is America born and bred, he has an interesting mixed ancestry. On his mother’s side, he has English, German, Spanish, and Dutch ancestry, says Gossip Gist. On his father’s side, he is of French-Canadian and Italian descent.

Justin Theroux has spoken in interviews about actor Tom Hanks, and it seems that he is not a fan. According to IMDB, Theroux has said you can’t really get lost in Hanks’ movies because you already know everything about him because of his fame. He uses the 2000 Hanks movie ‘Castaway’ as an example. Although he describes it as a perfectly fine movie, he says he found it all very unbelievable and that you cannot perceive Hanks in that situation when everyone knows about the actor’s real life. In Theroux’s opinion, Hanks’ opinion has corrupted his art form.

19. He Finds the Thought of Long Television Contracts Depressing

Something that Theroux has never aspired to do in his career is to land a long-term contract with a television series. IMDB says that Theroux views these television series as incidental to the commercials. Theroux thinks that they are more about advertising than about the content of the series. He doesn’t find them cutting-edge or exciting, and the thought of landing a contract with a long-running series makes him feel depressed. He claims that he has never been shocked by anything he has seen on the television other than the news.

20. He Has Only Ever Won One Award