Home
Anime
What We Know about Kakegurui Season 3 So Far 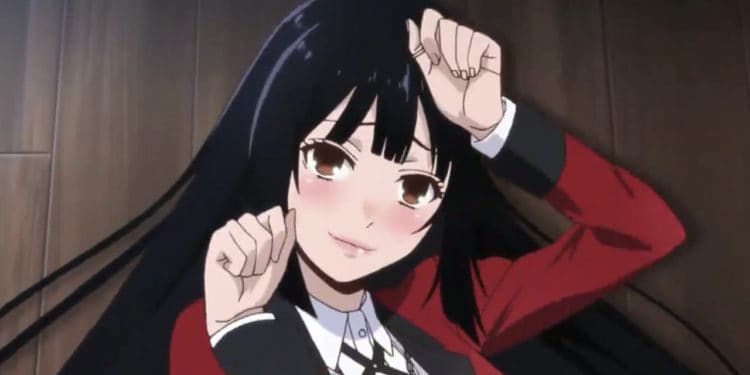 Kakegurui is a Japanese manga that has been successful enough for it to receive an animated adaptation. For those who are unfamiliar, the name can be translated to mean “gamble crazy.” Something that should give interested individuals a good idea of what to expect. In further detail, Kakegurui is set in a school meant for the children of the Japanese elite, who are expected to become members of the Japanese elite themselves in the future. Curiously, the students don’t determine their internal hierarchy based on either athletic ability, academic performance, or social status. Instead, they rank themselves by gambling against one another in the show. The students who win receive everything that they desire. In contrast, the students who lose so much that they fall into debt become slaves for the rest. Moreover, if they fail to clear their debts by the time of their graduation, they will pay for the rest of their lives by having their futures dictated to them.

Story-wise, Kakegurui is centered on a transfer student named Jabami Yumeko. On the surface, she seems like a beautiful, intelligent, good-natured girl. However, Yumeko is a member of the Hundred Devouring Families, a collection of related families that possess enormous power and prestige. Something that can be seen in how her family name of Jabami incorporates the -bami suffix that translates to “devouring.” Furthermore, while Yumeko is indeed both beautiful and intelligent, her personality is best-described as that of a compulsive gambler who seeks out thrills with either no or next-to-no consideration for the potential consequences. Indeed, it isn’t a coincidence that the character comes with the so-called hime cut that was emblematic of Japanese noblewomen from pre-modern times while being often depicted with what one might call “enthusiastic” or even “eccentric” expressions. Regardless, it should come as no surprise to learn that Yumeko’s presence at the school proves to be extremely disruptive, thus leading to the events of the series.

Is There a Chance of a Season 3 of Kakegurui?

No announcement has been made about a hypothetical Season 3 of Kakegurui. As a result, there is no real way for outsiders to say whether it will be made or not. However, that kind of stuff doesn’t prevent interested individuals from speculating on the matter, which tends to be based on a couple of major factors for cases such as this:

For starters, Kakegurui is a manga that has been successful enough for it to receive an animated adaptation. As a result, the availability of source material is an important consideration for the continuation of its anime in a way that it wouldn’t be for a 100 percent original work. Yes, it isn’t uncommon for animation studios to make original content for anime. However, they tend to do that for bits and pieces of a season rather than a full season for a couple of reasons. One, coming up with enough content for a full season means even more work, which is a serious problem when animation studios tend to be working with relatively limited budgets and schedules. Two, that kind of thing can irritate the die-hard fans, particularly those who were aware of the series from the manga rather than the anime.

Traditionally speaking, this is bad because die-hard fans were the ones likeliest to buy the expensive DVDs and Blu-Rays, meaning that their concerns were treated with extra seriousness. In the present time, well, they still receive more consideration than most, not least because they are also the ones likeliest to spend their money on merchandise as well as other products. In any case, the availability of source material isn’t an issue in this case. Currently, there have been fourteen volumes released, which mean 82 chapters with more being made on a regular basis. Combined, the two seasons of Kakegurui used up about 56 chapters. As such, there is enough source material to support the creation of a third season. Something that is particularly true because the animation studio has already shown a willingness to make changes around the edges for the purpose of making everything fit, with an excellent example being how the final episode of the first season was original content.

Having said that, the more important factor would be sales. Simply put, did the anime either sell enough or contribute enough to the sales of other merchandise that the relevant parties would be willing to do another season. Unfortunately, while this is extremely important, this isn’t very reliable because we lack good insight into the performance of various series as a whole. In fact, Kakegurui itself is an excellent example of this issue. There are figures that suggest that the first season sold just 704 units per volume, which would have been quite low even by the standards of Japanese anime sales. Despite this, Kakegurui received a second season anyways even though there are better-selling anime that never managed the same. This can sound very strange, but the simple fact of the matter is that direct anime sales are just a part of the calculation for the relevant parties. Having said that, the rest of Kakegurui seems rather mixed. For example, Kakegurui’s second season sold even worse at just 368 units per volume. Meanwhile, it has had a couple of live-action movies plus a couple of seasons for a live-action series, but its mobile game was also a clear failure that lasted for a little bit longer than a single year.

What Do We Know about a Hypothetical Season 3 of Kakegurui?

At this point in time, we have no way of knowing whether a Season 3 of Kakegurui will be made. The numbers aren’t so strong that we can say for sure that it will happen. However, they aren’t so bad that we can definitely rule that out, particularly since we just don’t have a very good understanding of how each piece of Kakegurui media affects the franchise as a whole. Still, if a Season 3 of Kakegurui does happen, it seems safe to say that it will see the same cast and crew gathering back up, particularly since it hasn’t been that long since Seasons 1 and 2 happened in 2017 and 2019 respectively.