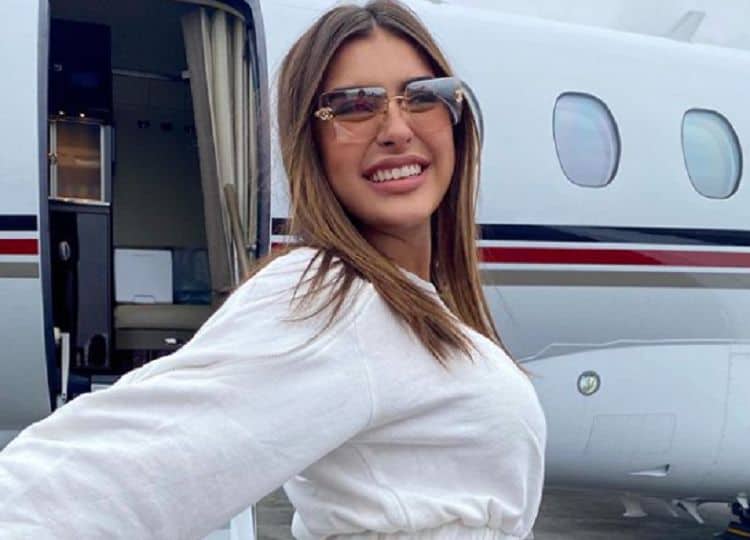 Kalani Hilliker became famous when she made the decision to go on reality television. She was part of the Lifetime hit “Abby’s Ultimate Dance Competition,” way back in 2013. She was a dancer who was looking to find her way to fame on the show, and she did just that. She is someone who worked well with the show, and that led to her appearance on the hit show “Dance Moms,” that the world collectively likes to joke about. She’s famous now, but she’s also someone who fans only know so much about. Who is she and what’s she up to in life?

She’s very young. She’s only 20. She was born on September 23, 2000. She just turned 20 in the middle of a global pandemic, but we have a feeling she was able to celebrate since the world is opened back up in many places. She’s not yet old enough to drink, but she’s old enough to live on her own and make her own decisions about her life, and she’s no longer a teenager.

She’s a born and raised Arizona girl. Her parents lived in Mesa when she was born, and that’s where she spent the bulk of her life. Her parents did not stay together, but her mother did end up having two little boys later on. She’s the oldest, and she’s the only child her mom and dad had together.

3. She’s Always Been a Dancer

She began dancing at the age of two, but for a fun reason. Her mother just wanted a chance to dress her daughter up in adorable dance costumes. She had no idea she’d be so good at it. She was two when she began dancing, five when she was training more professionally, and she was 10 when she began formally training as a ballerina.

4. She Won a Chance to Be On the Disney Channel

When she was just a kid, she and her friends decided that they would go on reality television. It was 2011, and they had a dance group. There was a competition that would allow them to win a chance to be featured on the hit Disney Channel show, “Shake it Up,” and her group won. They got to be part of the show, and it was a huge deal for kids who were only 11 at the time.

It’s kind of a strange clothing line to have if you really think about it, but it’s working for her so no one is judging. She’s got a line of socks that she’s selling at Claire’s Boutiques around the country. She calls it “Pretty Feet by Kalani,” and the socks sell well. Additionally, however, she’s got a line of prom dresses, which is not as out there as the socks.

6. She’s Being Slammed for Her Political Decisions

When she made it clear that she supports President Donald J. Trump in the 2020 election, fans went crazy. They called her names, they decided to stop supporting her, and they made it clear that they absolutely do not believe in agreeing to disagree. It’s a shame when someone cannot even express support for someone without others criticizing their opinions.

7. She’s Got a Huge Following

She may only be 20-years-old, but she’s got more than 6 million followers on Instagram alone. It’s huge. It’s a big deal to have that many followers, and we know that she’s making amazing income from her following when she endorses products and collaborates with brands.

If you take a look at her Instagram feed, most of her photos are of herself dressed in as little as possible while still staying covered. She clearly has some exceptional confidence to bring to the table, and that’s a good thing. Everyone should be so confident in their own bodies.

Despite living so much of her life in front of the world, she doesn’t speak about her personal life too much. She keeps that private, and that is a wonderful thing. Many young people want the world to know every single thing about them, but she’s good at keeping things to herself.

10. She Lives Her Best Life

If there is one thing we can say with certainty, she’s a woman who is living her best life. She has fun, she does whatever she feels good about, and she doesn’t turn down an opportunity to live her life her own way. It’s a beautiful thing, and we support that about her.