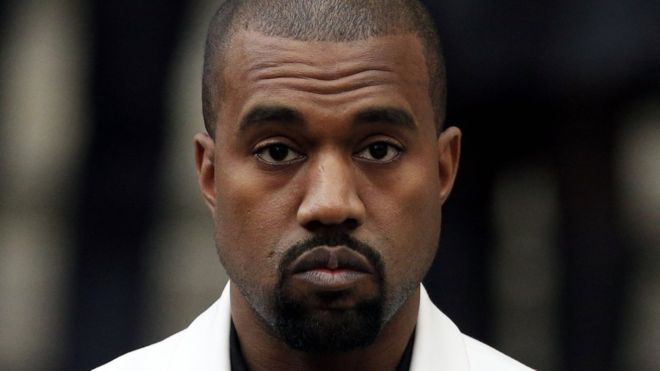 Just when you think Kanye couldn’t get any crazier or somehow become more vilified in the news media he goes and does something that amazes people and creates low income housing for the homeless and poor. And how does he make this even more hard to imagine? He takes his love of Star Wars and creates the kind of homes that in a sense look more like fallout shelters but in reality seem to be well-made, prefab homes that Eric Todisco of People can’t help but admire along with everyone else. The hate and massive amount of shade that gets thrown at Kanye is overwhelming to think of sometimes, and it would appear that only his ego and the fact that he’s a megastar are what stands between him and mental ruination, but when one takes the time to stop throwing shade they might be able to see that he and his wife Kim Kardashian, yet another celebrity that’s been vilified for years in the media, are actually giving back to society in a big way.

It’s very easy to go along with the media and bash both Kanye and Kim all day long and all night as well since their behavior and their antics do tend to rub a lot of people the wrong way. Their carelessness and supposed arrogance tend to make many people believe that they’re two of the worst human beings in existence. But upon seeing this it’s even harder to stay jaded against them since the idea of creating a solution to a real world problem, that of homelessness, is a noble and very useful action. You can hate on Kanye and Kim all you want, like I said it’s very easy thanks to their continued behavior at times, but giving credit where it’s due is a much wiser move in this situation since the idea of actually helping others is something that a great many people might think is nice and worthy of attention, but actually doing it deserves some recognition. The twist to it, meaning his Star Wars-themed idea, is kind of interesting since it invites the thought of living underground to start with since a good portion of the home that he’s modeled after Luke Skywalker’s resident in A New Hope was in an underground enclosure, is kind of hard to imagine, but it doesn’t appear as though wide swaths of land are being excavated for this type of project.

Peter Helman of Stereogum has taken up this idea as well and seems to approve of Kanye’s desire to help out with the housing crisis, but as others have gone on to say there’s a minor problem of just where to start this project as space might actually be the biggest issue. Given the number of homeless that exist in one state, let alone the nation, it’s going to take quite an effort to find a place where they can congregate and not intrude or encroach upon an existing community. While some people might state that it’s not as much of a problem others might see things differently and want to keep low-income housing projects as far away from their doorstep as possible. There are reasons for this of course, as low-income housing is, to some, a very undesirable presence that brings down property values and invites a host of other issues that many people don’t want to deal with. It might seem like a horrible stereotype to think that low-income housing breeds the kind of issues that can ruin a neighborhood, but many people would likely argue until they’re blue in the face about this matter, and not all of them would be incorrect. The housing issue for the homeless needs to be addressed and rectified, this is quite true, but at the same time something needs to be done to insure that these housing projects don’t become havens for those that will seek to take advantage of such a kindness only to turn it into something increasingly negative.

To be honest one can only hope that Kanye is taking into account the many pros and cons of creating low-income housing for those in need, and what it will cost to create such a community and keep it moving froward. It’s quite the noble act for anyone to try and help others and it needs to be applauded, but at the same time it needs to proceed with caution since there are drawbacks to creating more low-income housing and not watching how it affects the surrounding area. Like it or not, while public housing can in fact help a great many people and grant them resources to utilize that they didn’t have to start with, the fact remains that human nature is a tricky and the wrong element tends to work its way into society using the most accessible method. Kanye has a good idea when it comes to helping people, but the hope is that he’s thought this out and figured out a way to make it sustainable, and safe for the people involved.