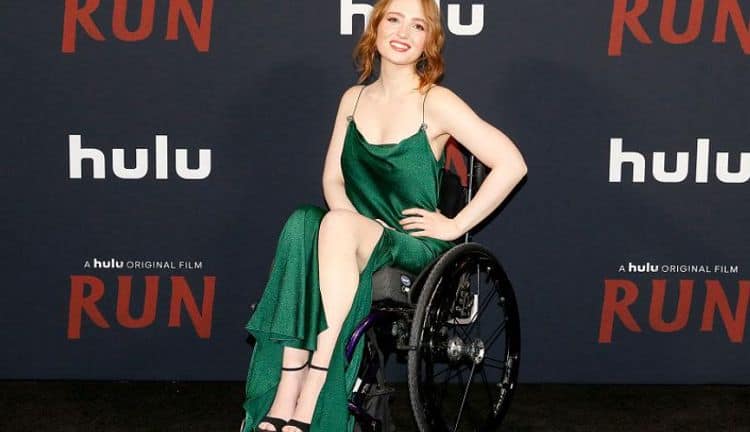 If you don’t recognize the name Kiera Allen yet, don’t feel too bad. She only recently began making headlines when she was tapped to star in a movie. She’s an actress who is about to become a household name, however, so you might want to pay attention. She’s special in so many ways, and the world is currently in awe of her. She’s making groundbreaking changes to the movie industry, and it’s something that people are beginning to pay attention to. Who is she? Why is everyone talking about her? Well, we’ll tell you.

Kiera Allen is still very young. She’s only 22. Her first acting role was in “Ethan & Skye,” back in 2014. It was her only major work before her new role in “Run,” which is a movie that will begin streaming on Hulu on November 20. She was only a child when she starred before, and this is her first major adult role.

2. She’s in A Wheelchair

Kiera Allen uses a wheelchair. She doesn’t specify why she uses one, but she does. Her character in the movie also uses one, and fans are exceptionally excited that the casting directors decided to use someone in the role who is actually like the character. Whether she’s used one her entire life or she’s only been in it for a few years is unknown to us, but fans are very excited she has this role.

When she’s not busy trying to become the best actress she can be, she’s in college. She’s in a good college. She attends Columbia University. She’s focused on creative writing, which works alongside her desire to work as an actress. It shows her creative side. Creative people tend to have creative minds in every capacity, so majoring in creative writing and acting together surprises no one.

5. She’s Excited About This Role

She plays the teenage daughter of Sarah Paulson’s character in “Run,” and she’s a normal girl who comes to the realization that there is something not quite right with her mother. She has something in her mind that’s not quite right, and she’s excited to play this young woman. She’s excited to play someone who has a disability because she feels that it’s not the kind of person that Hollywood traditionally tells stories about, and she wants to be part of this.

Well, aren’t we all? As someone 15 years her senior, I get Kiera Allen’s love of Harry Potter. I began reading the books when I was in high school because my younger brother had the first few. It was instant obsession for me, and I still read them to my kids, watch the movies with them, and find all things Harry Potter to my liking. So, basically, yes to all of this.

7. She’s Got a Blue Check Mark by Her Instagram

We borrowed that phrase from Thomas Rhett (love him), but it’s true. Allen does have a blue check mark by her Instagram name, which means she’s officially official. Actually, we have no idea what the blue check really means in a definitive manner, but we know she’s been verified to get it. She does not have a large following, but we have a feeling that will change.

9. She’s the First Thriller Actress in a Wheelchair in a Long Time

It’s been more than 70 years since the last time an actor or actress who uses a wheelchair has starred in a thriller. She’s making history with this role, and it’s a huge deal. The last time was back in 1948, which was, well, a few years ago. She’s hoping to make this more of a common ground situation.

She grew up in New York, and she’s not unfamiliar with the world of theater. Her mother is a writer (so she comes by it honestly), and she’s always been around the world she’s in now. It’s how she learned that she could do this for a living and make it her life.