Home
Movies
Did You Know the Snow in “The Wizard of Oz” Was Asbestos? 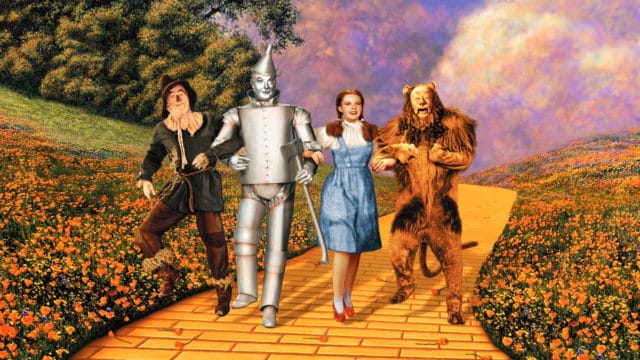 In case you didn’t know, the scene in the Wizard of Oz during which Glinda brought down a moderate level of snow on the characters in the poppy fields to wake them up was pure asbestos. Yeah, thanks Glinda, thanks a lot for that. Of course back then most folks didn’t know what mesothelioma was and couldn’t have told you why asbestos was a bad thing. All they knew was that it was a useful material and that it was very flame retardant so it wasn’t much of an issue when using it on a set. Some sets used to employ cotton as snow but that was put to a halt very quickly when it was reported that cotton is highly flammable and could lead to severe complications if a fire was to break out on set. If you’ve ever read anything on the old film practices then you might know that some of the machines they used tended to run a little hot, and so sparks and excessive heat were an issue. Asbestos was one of the best answers for this, but would later on come with a heavy price.

Mesothelioma is of course what happens when one inhales asbestos. The result is a tumor that forms in the lungs and makes breathing increasingly difficult as the issue progresses. This disease is usually associated with the lungs but it can also affect the heart and the stomach as well. Back in the days when the Wizard of Oz was being filmed asbestos was everywhere. It was used in buildings, clothing, and other locations and was seen as a common substance that didn’t do any lasting harm that could be seen right away. That problem was that people already knew that asbestos could be a harmful substance and were trying to keep the industry alive by stating that it could be used safely and not become a danger to anyone.

That’s a bit hard to swallow when you realize that they were literally dumping the stuff on their actors to simulate snow falling. Plus, the Scarecrow’s entire costume was made of asbestos fibers, This means that if any part of it had worn off, broken off, or ripped and somehow been ingested by him, even in small amounts, the results could have been disastrous either sooner rather than later or sometime after the film had been made. In any case he would have been one hurting unit later on in life. And yet asbestos was considered to be used safely and wasn’t thought to be a problem back in those days. If Judy Garland and the rest of the cast were still alive to this day it might be fair to state that their health might have taken a serious decline thanks to this practice.

What used to be common practice back then seems almost barbaric by our standards now but one thing that people have to remember is that the lack of knowledge and regulations that were prevalent back then allowed people to get away with a lot of things. Had they known the harm of their actions it’s likely that they might have continued, but the actors might have finally stood up and said something about it. Maybe.