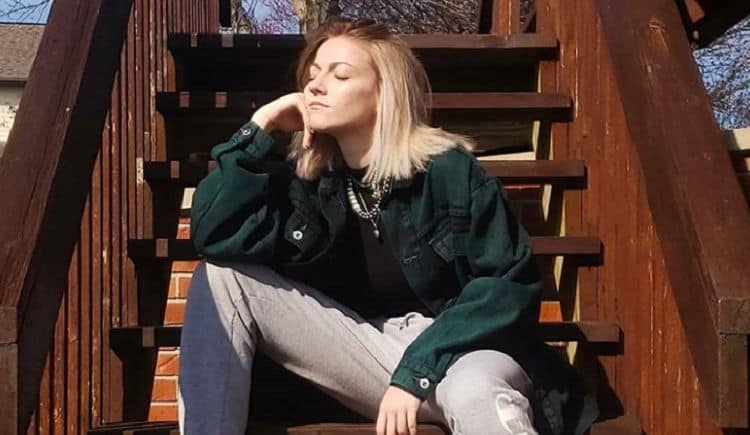 The gaming world is primarily dominated by men, and this is especially true when it comes to online game streaming. However, Kruzadar is a young woman who has managed to create a lane for herself and she’s built a massive fanbase in the process. Even though she’s been active on social media for the last couple years, the last year or so has really been huge for her. Kruzadar is well-known on Twitch, Instagram, TikTok, and YouTube and she has hundreds of thousands of followers across each platform. She is most popular for creating gaming elated content, but she incorporates other topics every once in a while like cooking and vlogging. Between her awesome personality and her killer gaming skills, it’s easy to see why so many people like her. Continue reading for 10 things you didn’t know about Kruzadar.

Being well-known on social media is about more than just feeling like you’ve won a popularity contest. Once your following and engagement reach a certain level, you can start to explore new business opportunities. Kruzadar has recently decided to branch out by selling merchandise, and so far it’s been a hit.

2. TikTok Helped Her Blow Up

Kruzadar has been in the streaming world for about 5 years now. Even though she’s been working hard to get her content out there, she didn’t start gaining a lot of attention until she started posting on TikTok. The success of her TikTok videos has led to her other platforms gaining traction.

3. She Doesn’t Have A Streaming Schedule

It’s not unusual for content creators to stick to a regular schedule to make sure they’re being consistent. However, Kruzadar has decided not to stick to a schedule. She tried at one point, but was turned off by the fact that so many people felt entitled to force her to stick to streaming at a specific time.

4. She Disables Her Comments On TikTok

Comments are one of the most used features on social media. So some people may be shocked when they go to Kruzadar’s TikTok page and realize they can’t leave a comment. She has chosen to disable the comments on her posts because she was overwhelmed by the amount of racist and sexist comments she received. The comments will remain off until TikTok puts better moderations in place.

5. She Wants A Sleeve

Over the last several years, tattoos have become more and more socially acceptable. Long gone are the days where having tattoos will hold you back from having a successful career. One day Kruzadar wants to get a sleeve and she already has the perfect tattoo artist in mind.

Kruzadar got into gaming at an early age. She initially developed an interest after watching her father play. He was really into PC games like Doom and Quake. Gaming together quickly became something fun for her to do with her dad, and her interest grew from there.

7. She Edits A Lot Of Her Videos

Making videos may seem easy, but the editing process can be time consuming and tedious. Although Kruzadar does have an editor who works with her, she still likes to edit a lot of her videos. Even though this means she has less time to actually game, it helps her stay close to the process.

People aren’t always willing to talk about things that make them different, but Kruzadar has been open about the fact that she has ADHD. She has struggled with the disorder for most of her life. However, it got progressively worse as she got older. By the time she was in high school it had gotten so bad that she no longer found enjoyment in reading.

9. She Used To Get Bullied For Being A Gamer

Being a gamer hasn’t always been easy for Kruzadar. Even when she was a kid, she experienced bullying because she was into gaming and not other activities that are typically considered feminine. Even now as a well-known streamer she often has to deal with people who don’t respect her or her skills because she’s a woman.

10. She Originally Didn’t Plan On Showing Her Face

Kruzadar has gone by the nickname Kruz for most of her life. When she started getting into social media, she wanted to stick with a name that would allow her to incorporate Kruz. She specifically wanted to pick with something that wouldn’t sound feminine because she didn’t want to get pegged as being a girl. In fact, when she first started, she never planned on showing her face.