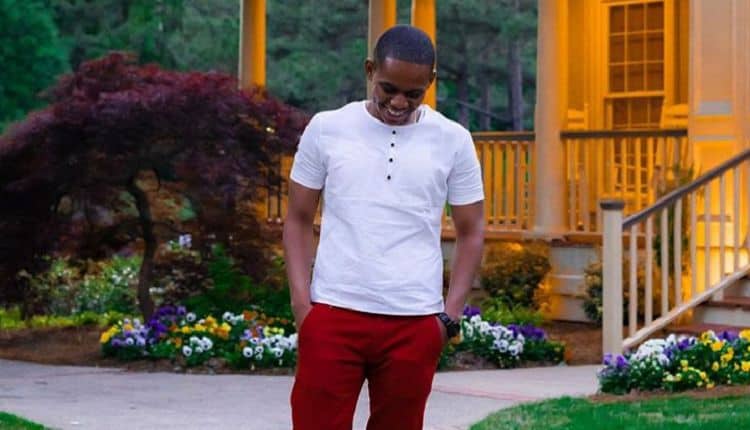 Best-known by Doc, Larramie Shaw has been in the industry for nearly a decade and a half. Most popular for his role as Malik Payne in House of Payne and The Paynes, Doc’s fans have literally watched him grow up. From a cute kid to a handsome man, Doc has gotten the chance to do a. little bit of everything. Not only has he been able to avoid the dreaded child star curse, but Doc has shown time and time again that he’s hear to stay. With House of Payne coming to BET for a new season, Doc’s fans are excited to see him reprise his role as Malik. There’s no doubt that he’s going to put on a great show. Continue reading for 10 things you didn’t know about Larramie “Doc” Shaw.

1. He Performed The Pair Of Kings Theme Song

Doc Shaw had a starring role on the Niclelodeon series Pair of Kings which aired for three seasons from 2010 to 2013. Fans of the show many remember the catchy theme song that played before each episode. However, what many people didn’t know was that Doc was actually the person performing the song which is titled “Top of the World”.

2. He Started His Career As A Model

From an early age it was clear that Doc has a special talent for entertaining people. He got his start as a model doing print ads and he eventually moved up to commercials by the time he was 6. His work in commercials ultimately led him to being cast in his first TV series, House of Payne.

3. His Mom Is His Biggest Fan

Doc was born and raised in Georgia. Sadly, his father passed away when Doc was only around 2-years-old. His mother raised him with the help of other family members always encouraged her son to follow his dreams. He cites his mom as being his biggest support system.

4. He Hopes To Get Into Directing

Doc has gotten a lot of experience in front of the camera. Still, he hopes to get the chance to expand his skill set. His goal is to do some behind the scenes work as well. In an interview with Seventeen Magazine, he said, “My dream project is to direct a sci-fi movie with a comic book vibe.”

5. He Plays The Cello

During school, Doc took an orchestra class where he learned to play the cello. Although he didn’t take the class seriously at first, he ended up developing an interest in classical music. During an interview, he said that he still listens to classical music when learning his lines for a role.

6. He Loves Spending Time At The Beach

Over the course of his career, Doc has been fortunate that he’s been able to work consistently. But while he is grateful for all of the opportunities he’s earned, he also needs a break every once in a while. When he gets time off from work, one of his favorite ways to spend it is by going to the beach.

People with siblings often can’t imagine what it would be like to be an only child, but the opposite is true for Doc. He doesn’t have any brothers or sisters. Only children often have a reputation for having poor social skills, but being an actor has definitely helped Doc develop strong social skills and confidence.

8. He’s Struggled With His Weight

Weight is something Doc struggled with for many years. Throughout his life he had developed poor eating habits and enjoys eating lots of fried foods and sweets. A couple of years ago he decided to start working out and learn healthy eating habits. Not only have the changes helped him lose weight, but they’ve also improved his quality of life. He is now a strong advocate for helping young people understand the importance of staying active and following a healthy diet.

9. He Co-Founded A Non Profit

Doc enjoys using his platform to give back to others and he is particular passionate about working with the youth. He is the co-founder of a nonprofit organization called Tammie & Doc Shaw Fresh Dreams Foundation. His organization is dedicated to helping kids and underserved communities.

10. He Loves To Inspire For Others

As an actor, one of Doc’s main goals is to always keep the audience entertained, but that isn’t the only thing he cares about. Doc hopes that his journey and the things he’s overcome will help inspire other people to always do their best and make good choices in life.