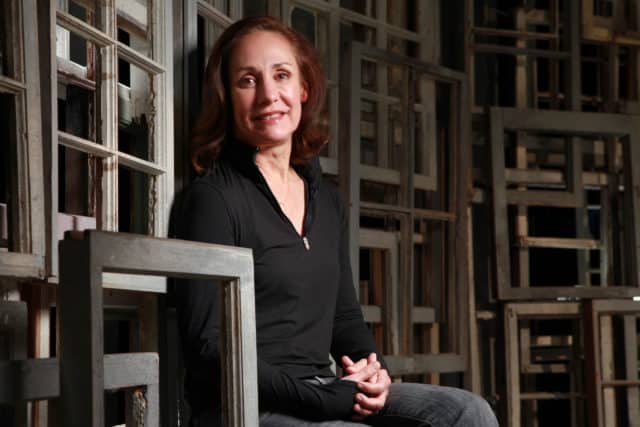 During the first season of Supergirl, the show introduced us to Winn’s father, the villainous Toyman. Now, we’re finally going to meet his estranged mother played by none other than three-time Emmy winner and potential Oscar nominee for Lady Bird, Laurie Metcalf.

Metcalf will guest star on the fifteenth episode of the season, playing the estranged mother of Winn (Jeremy Jordan). Her episode is scheduled to air in 2018. According to an interview with Vanity Fair, Metcalf accepted the role so that her youngest daughter could meet her idol: Melissa Benoist aka Supergirl herself. This maybe not the first time that Metcalf plays the mother of a smart guy as she also plays the mother of Dr. Sheldon Cooper on The Big Bang Theory.

During the first season episode “Childish Things,” Winn had a very unpleasant reunion with his father Winslow Schott Sr., a.k.a. Toyman, who escapes from prison in order to murder to his old boss. Obviously, Supergirl thwarted his plan and Winslow was sent back to prison at the end of the hour.

Metcalf is probably known for her nine seasons of playing Jackie Harris on the sitcom Roseanne. She won three Emmy Awards for the role and will be returning to the character in the 2018 revival that has already started production. You can view the behind the scenes look on their first revival table read here. She has also starred in the HBO comedy series Getting On and guest starred on shows like Portlandia, Horace and Pete, and Desperate Housewives. She recently won a Tony award for her role as Nora Helmer on A Doll’s House, Part 2. She is currently considered as one of the frontrunners for Best Supporting Actress at the Oscars for her role as a powerful, critical and loving mother on Greta Gerwig’s directional debut film Lady Bird.

What are your thoughts regarding this surprising and awesome casting news from Supergirl? You can share them at the comments below.