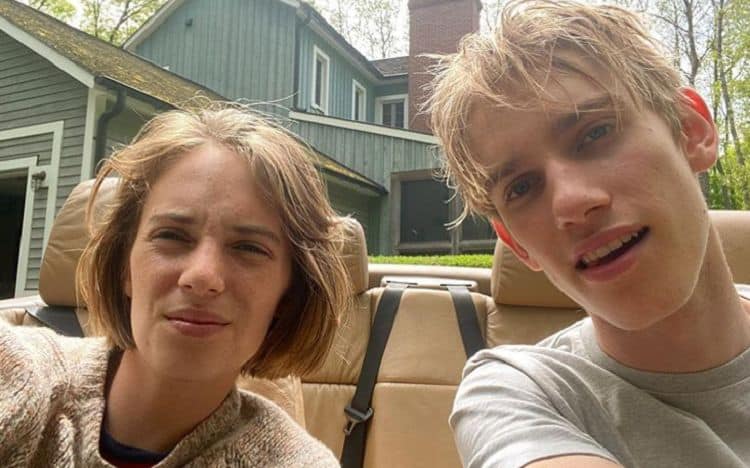 Most people couldn’t even imagine it what it must be like to have one famous parent  – let alone two. However, for Levon Thurman-Hawke being part of a famous family is just his reality. As the son of Uma Thurman and Ethan Hawke, it seemed like just a matter of time before Levon would make his grand entrance into the entertainment world, and it looks like that time has come. Sources have reported that Levon was spotted on the set of the upcoming season of Stranger Things. It’s unclear what exactly his role will be, but there are lots of people who are already looking forward to seeing him. Continue reading for 10 things you didn’t know about Levon Thurman-Hawke.

Considering the fact that both of his parents are Hollywood stars, many have probably assumed that Levon was born and raised in the Los Angeles area. However, he’s actually an east coast kid. Levon was born in New York City and he’s also spent most of his life living there.

When you come from a city with a big sports culture like New York, it’s only right that you become a sports fan yourself. With that being said, Levon loves sports and especially enjoys basketball. He likes to attend NBA games whenever he can and he seems to be a fan of both the Nets and the Knicks.

Even though there has been a lot of attention surrounding Levon joining the cast of Stranger Things, being on the show won’t be the first time he’s had an acting opportunity. According to his page on IMDB, he already had an acting credit to his name for the 2018 short film, Blackout.

There are a lot of things about Levon’s life that are completely different from other 18-year-olds, but one thing that he does have in common with other people his age is that he loves to have a good time. Levon is all about living life to the fullest and he enjoys doing things going swimming, skiing, skateboarding, and boating.

5. He Doesn’t Make Many Public Appearances

Despite having famous parents, Levon hasn’t spent a lot of time in the spotlight himself. As a result, there are some people out there who didn’t even know that Uma Thurman and Ethan Hawke had a son together. Whether this was a deliberate choice by his parents or just a personal preference of his own, Levon seems to have tried to have as normal an upbringing as he possibly could.

6. He Plays The Guitar

Acting isn’t the only thing that has piqued Levon’s interests over the years. He also loves music and he has been playing the guitar for several years. At the moment, it looks like music is more of a hobby for him and he doesn’t look like he has any interest in pursuing music at a professional level.

7. He’s Traveled All Over The World

It goes without saying that one of the major perks of having parents who are rich and famous is that you have access to money and opportunities that the average person can only dream of. Thanks to his parents, Levon has gotten to have lots of cool experiences including traveling. He has visited several countries including Romania, Ireland, and England.

8. He Loves Being A Big Brother

Some people find their siblings incredibly annoying and do whatever they can to avoid spending time with them. Levon isn’t that kind of big brother, though. He loves hanging out with his younger siblings and it’s clear that they really look up to him. He also has an older sister, Maya Hawke, who is one of the star of Stranger Things.

9. He Likes To Interact With Fans On Social Media

Levon has been getting lots of attention lately, but he still wouldn’t consider himself a celebrity. Still, he has taken the time to interact with his supporters on social media and he is enjoying getting the chance to answer their questions and thank them for all the love they’ve shown him. He recently started a couple of threads on Twitter encouraging people to interact with him.

If there’s one thing almost everyone could agree on, it’s that the world could use a lot more kindness and positivity. Those are two things that Levon is all about and he hopes to use his platform to bring more of them to the world. In a tweet in October 2020, he encouraged people to be kind to each other and spread love.