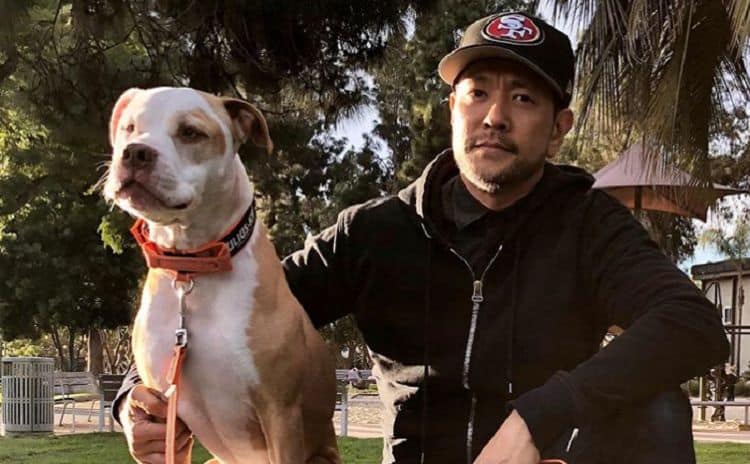 Ozawa was born in the borough of Queens in New York City. Said borough is coterminous with Queens County of New York state, which is one of the most populous counties that can be found in the whole of the United States. On top of that, it is interesting to note that Queens is very diverse, so much so that it has been called the most linguistically-diverse place that can be found on the planet.

2. Has Both Taiwanese and Japanese Heritage

Speaking of which, Ozawa has both Taiwanese and Japanese heritage thanks to a Taiwanese father and a Japanese mother. Something that explains much about his full name.

In total, Ozawa is capable of speaking two languages, with one being English and the other being Japanese. To a considerable extent, this is because Japanese was the one language that his entire extended family could use to communicate, seeing as how his father as well as other members of his father’s side of the family have studied in Japan. However, it also helped that Ozawa’s mother guilt-tripped him into going to a weekend school for the Japanese language even though he was less than enthused about the whole thing.

4. His Father Thought That It Was Important For Him to Study Japanese

Besides that, it is interesting to note that Ozawa’s father thought that it was very important for him to learn both English and Japanese because he grew up in a time when Japan was seen as the up-and-coming power in the world, which explains a lot about much English-speaking media produced in the 1980s. However, while Japan experienced remarkable economic growth throughout much of the latter half of the 20th century, that came to a conclusion with the bursting of the Japanese asset price bubble in the early 1990s. Said incident resulted in what is now called the Lost Score, meaning that period from not just 1991 to 2000 but also from 2001 to 2010. Perhaps unsurprisingly, this period has had a huge impact on the Japanese people, which is still reflected in the Japanese media that is being produced in the present time.

6. Got Encouragement to Go Into Acting From His Mother

Ozawa’s mother gave him a lot of encouragement to go into acting. In fact, it is interesting to note that when she was still a young woman, she headed to Japan’s cultural capital Kyoto where she dabbled in both acting and modeling. In the present time, while Ozawa’s mother is no longer involved in those lines of work, she is still very artistic, as shown by how she decided to become a jewelry designer instead.

7. Says that He Got Into Acting At a Good Time

It is interesting to note that Ozawa has stated that he got into acting at a good time. One, there was increased acceptance of Asian actors, meaning that there were fewer barriers standing in his way. Two, the economy was booming, meaning that there were plenty of acting opportunities that could be found out there. Having said that, Ozawa realized that he needed real acting skills if he wanted to get the kind of roles that he wanted, which is how he winded up going to a graduate school program at Brown University in order to gain the skills that he needed.

One of Ozawa’s most memorable roles was on Predators. He was in the middle of a move when the auditions were being held. As a result, Ozawa’s manager convinced him to send in a tape, with the result that he sent in a tape with an accent and a tape without an accent. Apparently, that was enough to put him in the running for the role, which soon resulted in him getting the role without doing that much more in order to get it.

9. Had to Prove that He Was Japanese

Since Ozawa was playing a Japanese character, he had to prove that he was Japanese in order to get the role, which was presumably meant to prevent potential outrage on the part of some consumers. Basically, the idea of an Asian-American identity is relatively weak because there isn’t much of a unifying experience between different groups of Asian-Americans. As a result, there are a lot of Asian-Americans who get upset when their particular group is seen as being interchangable with another group, with the result that the movie-maker doesn’t just lose out on potential points for better representation but can actually damage their own interests in the process. At the time, the controversy over Memoirs of a Geisha was still relatively fresh, which Ozawa believes to have played a part in the movie-maker’s request for him to prove that he was Japanese.

10. His Character Had a Katana

Perhaps unsurprisingly, Ozawa’s character had a katana. However, he was pretty well-prepared for using it for his role. Granted, kendo isn’t meant for actual combat use but rather a martial art descended from practices meant for actual combat use. However, Ozawa’s extensive kendo practice nonetheless provided him with a valuable base of knowledge to draw upon. Moreover, he got the chance to call in his kendo instructor to help out with the fight choreography, which was a first-time experience for the instructor even though he had been in plenty of movies before then.