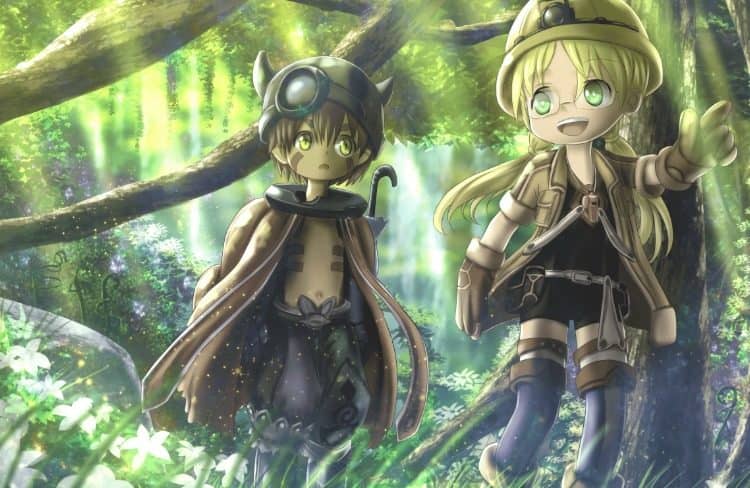 According to a discussion on Reddit, the manga series writer and illustrator, Akihito Tsukushi was working on the fourth volume of the comic when he was approached about adapting it into an anime series. That happened in April 2015, and the writer thought that it would be a 5-minute anime adaptation, reasoning that some of the graphics were too gruesome to be shown. However, here we are, talking about a second season after the first season was released in July 2017. For four years, the series’ fans have waited patiently for another season to know how the story ends, and now there is hope. So let’s tell you what we know about “Made in Abyss” season 2 so far.

The Release Date is Still Unconfirmed

After the release of “Dawn of the Deep Soul,” it was announced that there would be a sequel, and fans wondered whether it would be a sequel to the movie or the first season. The mystery was resolved on May 5, 2021, when it was clear that the sequel would be a series titled “Made in Abyss: The Sun Glazes Upon the Golden City.” However, the release date was not set, but it will be in 2022. According to Games Radar, the series title is enough to tell fans that the season will depict what happens after the events featured in “Dawn of the Deep Soul” meaning unless you have watched that film, you are likely not to understand the series.

Still, it will not depart from the original manga storyline, so if you have read the comic, you can still catch up with the events to be detailed in the second season. “Dawn of the Deep Soul” is adapted from the fourth and fifth volumes from chapter 26 to Chapter 38. Therefore, it is assumed that the sequel will pick up from volume six: chapter 39 titled “Capital of the Unreturned.” Since the chapters published in the Web Comic Gamma website are up to volume 9: chapter 55, it is still unclear if season 2 will feature all chapters. If not, there will be another season to take us through the end.

Besides, there are four chapters yet to be incorporated into a volume. Consequently, there could be a volume 10 made into a movie. The comic has enough material for more production, and Kevin McMullin has the green light from Sony’s Columbia Pictures to write a live-action feature film script based on it. Additionally, there is a new 3D action RPG, “Made in Abyss: Binary Star Falling into Darkness,” which Tsukushi will oversee. The game is set to be released in 2022 in English and Japanese versions for Switch, PlayStation 4, and PC.

Kevin Penkin is Likely to be the Music Composer

Penkin could not wait to share the good news about the confirmation of a new season, so he took to Twitter(https://twitter.com/kevinpenkin/status/1389761344447021056) to share the news subtly. All he did was post an image from the series and captioned it “Made in Abyss Season 2,” followed by the title of the series “The Sun Glazes Upon the Golden City,” and the expected date of release “2022.” That was all it took for fans of his work to wonder what kind of soundtracks he would compose for the new season. It was apparent they were impressed with his creation as they poured praise for his previous original soundtracks.

Penkin did not reveal much, perhaps enjoying that he has already caught his fans’ attention, but given a chance, he would also talk about how excited he is. The anime composer was first approached with the project and presented with the first four books as the source materials. He was immediately taken by the storyline, and he kept searching for interesting scenes in the book to facilitate the music composition process.

In the first season, he collaborated daily with Hiromitsu Iijima, a music director. They would talk to the series director Masayuki Kojima and studio CEO, Muneki Ogasawara to see if anything needed to be changed. Eventually, the soundtrack composition was complete, but Penkin had to rely not only on the books but also his background in art to ensure the visual and musical color pallets collaborated well to tell the story. It is not clear if he will consult Iijima again, but given how perfect he was with the first season, we can assume that the tracks will be as captivating as they have always been.

The Animation Studio in Charge

Although some sources claim that the animation studio in charge is yet to be confirmed, Spring Tribune reported in January 2021 that Kinema Citrus had renewed the series for another season. By then, the announcement that production of a sequel had begun made it unclear if the sequel would be a film or series but what matters most then was that something was in the works. The studio is based in Tokyo and has been in operation since 2008. It specializes in animated televisions and short films; it has been the go-to studio for all “Made in Abyss” three films and the first season; hence being in charge of the second season makes sense.

The studio CEO, Ogasawara, ensures that the writers and directors of the series go through the comic first before embarking on the project. In an interview with Crunchyroll, scriptwriter Koyanagi Keigo disclosed that Ogasawara handed him “Shield Hero” light novels so he could get a clue of what they entail before writing. The director of “The Rising of The Shield Hero,” a series also produced by Kinema Citrus, said that he too had to read before directing the show. The dedication to ensuring the final product is perfect saw season 1 of “Made in Abyss” bag the Best Score and Anime of the Year during the 2018 Crunchyroll’s Anime Awards.