Home
Comics
Major Bat-Villain Gets Proper Death in Batman Beyond 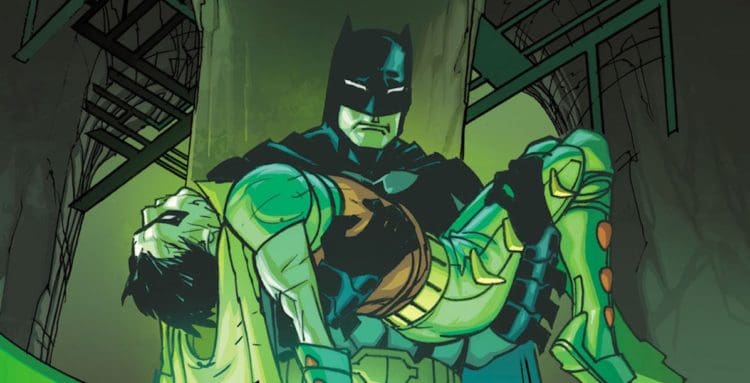 From 1999 to 2001, DC Comics teamed up with Warner Bros. Animation to produce an animated show called Batman Beyond, which might be more familiar to people outside of North America as Batman of the Future. Like its name suggests, the show was centered on a new Batman named Terry McGinnis, a troubled teenager who managed to stumble upon Bruce Wayne’s secret by pure coincidence, which proved to be fateful when his father was murdered by the head of the combined Wayne-Powers corporation Derek Powers. As a result, Terry winded up becoming the new Batman in hopes of making up for his past mistakes, though it is interesting to note that he might have followed a different path to the same outcome under different circumstances, seeing as how Amanda Waller revealed to him that she brought about his birth for the purpose of providing a replacement for Bruce.

How Did the Joker Die in Batman Beyond?

With that said, while Bruce’s supporting cast aged with him in Batman Beyond, the Joker has nonetheless had a huge impact on Terry. After all, the Joker didn’t just kill Jason Todd but also managed to capture Tim Drake in that version of the Batman setting, with the result that he proceeded to break Tim in both a physical and a psychological sense. Even worse, it turned out that the Joker had implanted a mind control chip in Tim that worked to turn him into a Joker clone, thus resulting in the events of Batman Beyond: Return of the Joker.

In the end, the Joker gets into one last confrontation with Bruce. This is because Terry and Dick Grayson were lured away by footage of the Joker torturing Matt, which turned out to be a recording rather than a live-stream. Due to this, the Joker managed to get into the Batcave, where he proceeded to shoot Dick’s daughter Elainna before deciding to engage Bruce in a crowbar fight. Eventually, Bruce managed to stab the Joker in the hand with his broken crowbar before pulling the Joker’s gun upon him, which prompted the Joker to start urging him to violate one of his most important principles by making the shot. However, for whatever reason, the Joker died of a sudden heart attack at that moment, thus sparing Bruce from having to make that fateful decision.

The latest appearance of the Joker in the Batman Beyond setting is bound to have big narrative consequences. For example, it seems probable that Terry is going to be pushing for Matt to retire from the role of Robin. After all, he was against the idea in the first place, while Bruce’s support is bound to take a hit after what happened to Matt at the Joker’s hands, particularly when one remembers what happened to Tim in the past.

With that said, chances are good that interested individuals are also asking themselves whether the Joker will make a comeback in the Batman Beyond setting or not. Said character has returned from death on more than one occasion because of his overwhelming popularity, meaning that it isn’t impossible for him to show up once more in Batman Beyond at some point in the future even if it doesn’t happen right away.