Home
Entertainment
10 Things You Didn’t Know about Mark A. Sheppard 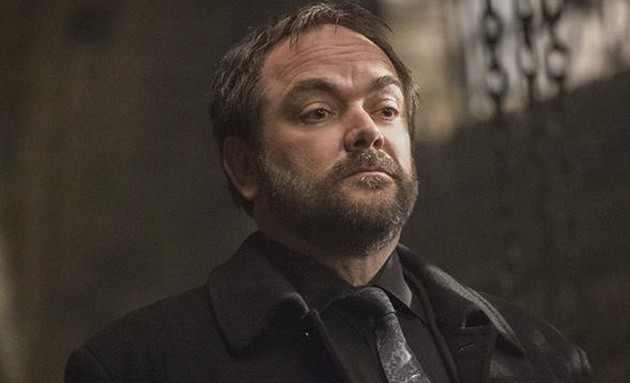 Mark A. Sheppard is a British-American actor who has been known to perform music on a professional basis as well. Like most actors and actresses, some of his roles are much better-known than others, with examples ranging from Crowley on Supernatural to Romo Lampkin on the rebooted version of Battlestar Galactica. Here are 10 things that you may or may not have known about Mark A. Sheppard:

1. The A Stands for Andreas

Sometimes, Sheppard is credited as Mark Sheppard. Other times, he is credited as Mark A. Sheppard instead, which is presumably useful for distinguishing him from other people with similar names. For those who are curious, the A stands for his middle name of Andreas, which means “man” in much the same sense as Andrew.

2. His Father Was William Morgan Sheppard

It is interesting to note that Sheppard’s father was William Morgan Sheppard, an English actor who was in more than 100 movies and TV shows over the course of more than five decades. Besides this, some people might recognize his voice because of his voice acting in video games. One example of his voice roles was Bishop Francois Malveaux in 1996’s Zork Nemesis, while another example was the narrator in 2010’s Civilization V.

3. Became a Musician Before Becoming an Actor

Sheppard became a professional musician before he became a professional actor. He was never a huge success in this particular pursuit. However, Sheppard was someone who went on various tours with various performers such as Robyn Hitchcock and the Television Personalities. Furthermore, he was a session musician, which refers to the professional musicians who are hired to perform in recording sessions as well as live performance for a time rather than on a permanent basis.

4. Famous For His Cockney Accent

A lot of Sheppard’s roles have seen him use his Cockney accent, so much so that he has become associated with it to a considerable extent. For those who are unfamiliar, the Cockney accent is one of the most often-heard British accents in British movies and TV shows, which explains why it has spread beyond its traditional confines to influence other accents in other English-speaking regions. In the past, the Cockney accent was very looked down upon, but this perception has softened to some extent in more recent times.

It has been reported that Sheppard has not one, not two, not three, but four dragon tattoos. Curiously, his dragon tattoos seem to feature Chinese dragons, which are creatures of considerable significance in Chinese mythology that spread to a number of other East Asian countries thanks to Chinese cultural influence in previous centuries. With that said, while the Chinese dragon is most often depicted as a serpentine creature with four legs, it can show up in a wide range of other forms in Chinese mythology as well. One example would be the so-called jiaolong that led all aquatic creatures, while another example would be the feilong that rode upon the clouds.

6. Has Been Cast with His Father on Multiple Occasions

Sheppard has been cast with his father on more than one occasion. For example, there was the time when the two were cast as two versions of the same character named Canton Everett Delaware III on a Doctor Who episode called “The Impossible Astronaut.” Likewise, there was the time when both of them voiced characters in the first-person shooter The Conduit, with Sheppard voicing the protagonist Michael Ford and Sheppard’s father voicing the protagonist’s mentor John Adams.

7. Was In the MacGyver Reboot

In 2017, Sheppard showed up in an episode of the MacGyver reboot called “Cigar Cutter.” His role was notable because he played the same character as his father in the original version of the show. With that said, there was a significant difference between their respective roles. In Sheppard’s case, his character was a killer who had assumed the name of a murder victim named Dr. Zito, whereas in his father’s case, his character was a killer whose name was Dr. Zito.

8. His Movie Debut Was In the Name of the Father

It was in a 1993 biopic called In the Name of the Father that Sheppard had his movie debut. For those who are curious, the biopic was about a group of four men who were convicted of the Guildford pub bombings in 1974 on the basis of false confessions secured through considerable coercion. Eventually, the four were released when their convictions were quashed, which is perhaps unsurprising when the four didn’t fit the profile for people with IRA involvement. For instance, Sheppard played a man named Paddy Armstrong, who was a squatter along with an Englishwoman named Carole Richardson.

9. Seems to Be Fond of Being the Guest Star

Sheppard has commented on his fondness for being the guest star, which has presumably contributed to the number of times that he has played a guest star. Apparently, he sees the guest star’s role as being the most interesting person on the screen for the duration of the episode, thus serving to take some of the burden of carrying the show off of the shoulders of the main cast members.

10. Seems to Be a Big Fan of Speculative Fiction

Judging by the sheer number of speculative fiction shows that he has shown up in, it should come as no surprise to learn that Sheppard is a speculative fiction fan. Moreover, he has been known to interact with the fandom from time to time, which he sees as a chance to share a common passion. On top of this, Sheppard has stated his opinion that speculative fiction has had a huge influence on just about everyone in modern society, which makes sense when one considers the ways that various works have shaped the world that exists all around us. For example, the submarine was inspired by Jules Verne’s Twenty Thousand Leagues Under the Sea. Likewise, the multimedia program QuickTime was inspired by an episode of Star Trek: The Next Generation. There are a lot of people who believe that the cellphone was inspired by the original Star Trek, but that one seems to have been a coincidence of timing.