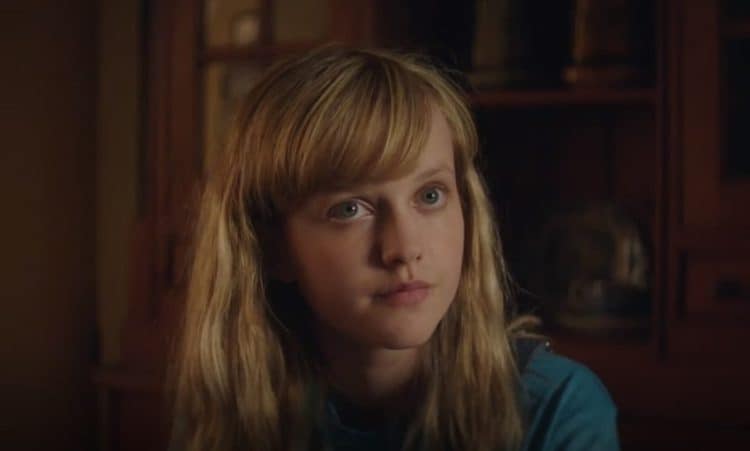 There’s not a lot known about Markella Kavanaugh other than that she’s an actress and her reputation is still building. While many up and comers are typically unknown until they get a few movies or TV shows under their belt it’s pretty common to see them come out in something that’s bound to be monumental to many people, otherwise they don’t tend to get much attention. Right now Markella’s been selected for a project that some folks seem to have reservations about since the original movie that it’s been derived from is considered to be the epitome of an epic, though in truth this new series could be interesting enough to get into. Whether or not it makes her career or keeps her in obscurity is yet to be seen, but so far it would seem that the chances of getting to know her a little better on screen are pretty good.

Here are a few things about Markella you might not have known.

10. As you might guess her social media presence is still building.

Being unknown this isn’t hard to imagine but if she does well in the upcoming series that she’ll be starring in there’s a good chance that her numbers will take a huge jump, if they aren’t already. People tend to flock to those that media says are on a serious upswing since a lot of people want to be able to say they were a fan or at least were around when the celebrity really started getting famous.

9. She’s been cast in Amazon’s upcoming Lord of the Rings series.

8. There aren’t a lot of comments on her at the moment.

Again this is pretty easy to accept since she hasn’t done much of note just yet and is still building up her reputation as an actress. Such a career doesn’t just blossom overnight after as it takes years at least to get people to pay attention and really agree that someone is that skilled or that worth their time.

7. She’s been in a couple of productions thus far in her career.

So far she has been gaining some experience and she has managed to do a few things, but until she really tackles a project that takes her to the limit of her abilities and comes out the other side looking like a professional it’s likely that a lot of people are going to wonder if she’s worth the effort. It’ll happen though, have faith.

6. Markella is still in her teens.

This is why it’s easy to have faith since quite honestly she’s got a lot of time to develop her skills and figure out just what she wants to do with her career. It might be that she already knows or thinks she does but in the years to come we’ll see just how she wants to take things, and hopefully that means she’ll continue to do as she’s been doing as she improves with every project.

5. She’s a big music fan, especially when it comes to Keith Urban.

It’s always amusing to realize that performers from the music and movie industries are still just people and despite the fact that they might seem elevated from the average person they still have their likes and dislikes just like anyone else. Even celebrities go gaga over other celebrities.

4. Apparently she lives her life by one of Urban’s songs.

A lot of people live their lives by the words of others because they make sense and they offer a lot of inspiration that they might not have thought of on their own. In this manner a lot of folks tend to fin their inner peace, their strength, whatever you want to call it, and manage to do what they need to do in order to get what they want.

3. It would appear that she’s a big lover of pop culture as well.

It’s hard not to be in this day and age when it’s all around us but some folks love it more than others since embracing pop culture isn’t really selling out in any way, it’s acknowledging that there is some worth to it, if you can find it.

2. She definitely likes the camera.

In other words she’s not really a shy person when it comes to getting her picture taken which is a good thing considering the business she’s in.

1. Her net worth, like a lot of things, is unknown.

Likely as she keeps acting this will change as the Lord of the Rings series might finally settle this if she manages to do a great job and really convince people of her acting ability.