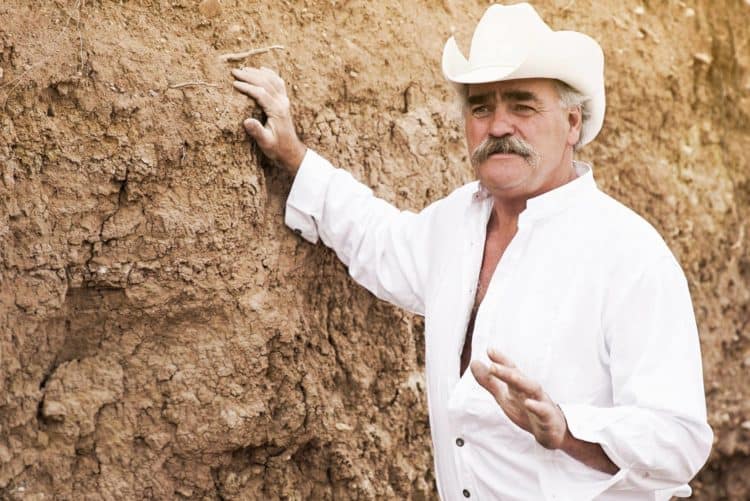 Compared to some of the reality television shows that are on the air today, one would be hard-pressed to call ‘Homestead Rescue’ one of the same. There really is not competition, and no one is vying for dates with a handsome bachelor or bachelorette. Instead, ‘Homestead Rescue’ studies life ‘off the grid’ by documenting the day-to-day occurrences that take place in the life of the Raney family, of which Martin Raney is the head of.

Episodes consist of showing how life is lived in the remotest areas of Alaska without electricity and other modern conveniences. Marty has been living like this for years, making his life more simple and fulfilling for himself and his brood. In turn, they teach others to do the same by sharing the skills they have both learned and taught themselves, thereby doing a good turn for the other people, and doing a good turn for the planet in the process.

What an interesting individual. Compared to many so-called celebrities today, Raney certainly stands out. He’s not in it to warm by the glow of the limelight; in fact, one wouldn’t come within miles of any kind of light where he has chosen to live. Instead, he chooses to do something that contributes to his morals and values as a human being, and it has resulted in a bit of fame for him.

Let’s get to know this unique man a bit better. Check out the ’10 Things’ list we have compiled for you this time…it’s all about Marty Raney. This is not only a great opportunity to get to know the man a bit better, but you may also get a little education about living a more conservative life that you may find more fulfilling in the end. Read on and learn…

Here are 10 things you didn’t know about Marty Raney

Raney moved to Alaska in 1974…45 years ago, to be exact. Initially, he was only travelling, but he wound up staying and making the place his home. But what does he do for money? Well, he doesn’t need money like the rest of us do, because his lifestyle is so different. But he does do some guide work for expedition parties, and this has led to his appearance in films. In addition to that, Raney’s experience with living off the land has led to living off the grid, and he began to educate others regarding this way of life. He can be seen along with his family in ‘Homestead Rescue’ on the Discovery channel.

Marty, or ‘Marty’, currently lives in Haines, Alaska with his wife Mollee Roestel, and their children: Misty, Melanie, Miles, and Matthew. Marty originates from North Bend, Washington, but at the tender age of 16 he left home for bigger and better things. By the time he was 18 it was 1974, and he had found his way to Alaska. It didn’t take much for him to commit himself to staying there and living off the land, an idea which progressed over the years into what you see on television today.

3. A Bit of Everything

Marty doesn’t just live off the land and teach others to do the same. He is also a mountain climber, and he makes music by playing the guitar and writing songs. As we also mentioned, Martin has been in a movie or two in his time, including playing a Denali guide in ‘Spirit of Alaska’, his role as a sound man in the film ‘Surviving Denali’, and the part of a musician in ‘Han-Denali’. Raney also participated in the PBS film ‘Against All Odds’, and many more. In most of his appearances Raney was playing music, which resulted in gathering so much attention from fans who just wanted to know how to obtain his music for themselves, that it is now available for purchase by the public.

Another thing that managed to get the word around about his existence was his creation of a very special instrument. He is responsible for designing and creating the only guitar in the world that is shaped like a state: Alaska, to be exact. His web page comments (tongue-in-cheek, we suppose) that only songs referring to Alaska are allowed to be played on it. A photo is featured on the site of Marty playing the gorgeous instrument.

Considering all of his film projects and the fact that he has a television show on the Discovery Channel, and then adding to those things the fact that he is a stone and wood builder who built the only house constructed of those materials in Alaska, plus another in progress that is four-stories tall, you would think Raney is super-rich. But the opposite is true; keep in mind that he never got into the lifestyle he lives for the money. According to sources, Raney has a net worth estimated at over $1 million, but he still lives a life that is full of challenges, like extreme elements and living off the grid. We should also remember that he’s pretty adjusted to the ‘off the grid’ part, though.

Marty married his wife Mollee in 1974, the same year that he move to Alaska permanently, so we can safely say that she has been through it all with him, both thick and thin. She has stayed by his side regardless of the fact that the area they live in has a very high population of bears, stating that the two of them prefer living a life of solitude and isolation to one of chaos and a fast pace, which is what they would get living in the city.

Not only did Raney design and build the Alaska guitar, he also worked with the Martin guitar company, collaborating with them to see how a prototype Martin guitar would hold up under the conditions of the Denali. He did what the company asked, and the prototype eventually went into actual production. Today the ‘Mini Martin’ guitar is sold worldwide, and guitarist Vern Tejas boasts having played one on each of the world’s seven summits.

8. The Work of His Hands

Raney takes great pride in the fact that he does custom stone and log work, which results in wonderful homes that he has built all over Alaska. The homes have even been featured in the magazine ‘Alaska Home’. He built his own home, which is considered one of the most beautiful in the state, and he has been working on another structure that will be four full stories of stone and log when completed, making it the largest in the world.

Yet another claim to fame for the Raney family has to do with climbing, of course. So, in addition to taking the Mini Martin on Denali, creating the only Alaska-shaped guitar, and building the largest stone and log structure in the world, Raney also heads the only family of six to successfully climb Denali. Yes, his entire family, consisting of himself, his wife Mollee, and their four children, are the only family of six on Earth to have accomplished this feat.

‘Homestead Rescue’ is not the only television project Raney has worked on. Before that, he worked for three full seasons on ‘National Geographic Channel’s Ultimate Survival Alaska’. The show documented teams competing against each other while surviving the Alaskan elements and terrain. Unfortunately, none of the teams Marty headed won the competition during the show’s duration. It should be noted that his son Matthew was a part of the competition during the program’s first season on the air.

Well, what can we say? It seems to us that Marty Raney and his family are among the most impressive folks to scale a mountain we’ve ever seen. And what’s more? They may not live as luxurious a life as most like to brag about, but they are happier and healthier than most, and they have all done things that we only see in movies and dream about while sleeping, and they also contribute to a better lifestyle and planet by living off the grid and teaching others to do the same. Whatever the future holds for this man and his clan, we’re sure it will be something to watch…on TV, that is. Until next time…