Home
Movies
Marvel vs. DC: Which Movie Universe Has The Brighter Future? 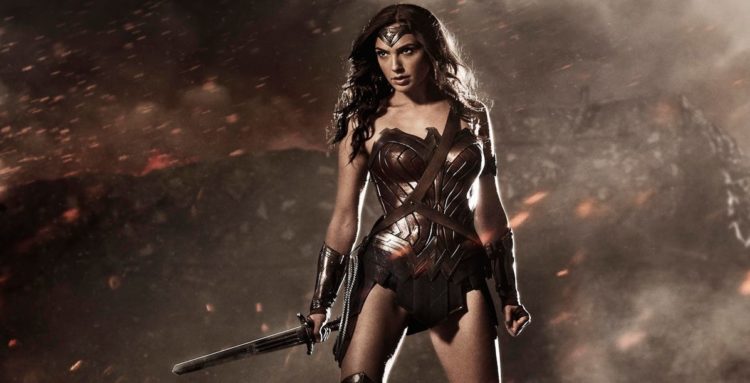 Which one is better, Marvel or DC? That has been the ultimate question among the comic book fan community. As a lifelong comic book fan myself, I’ve been actually asking myself that question and I usually tell myself the same answer: Why not like both? Apparently that ‘s too much for some comic book fans to accept, but let’s be real here, there’s no harm in liking both. The way I see it, they’ve both made some amazing, memorable characters and they’ve both made my childhood. Now does one side do some things better than the other? I would say yes to that, but there’s one particular realm where one side excels over the other. I’m talking about the movie realm and this is probably the most important. I’ll touch more on that later, but let’s take a look at some history first.

Marvel has the Marvel Cinematic Universe and DC has the DC Cinematic Universe. Before them, both sides had standalone movies that were always pretty hit-or-miss. The difference is that none of them were a part of a bigger, shared universe where all the major characters can interact with each other. Back in 2008, Marvel changed cinema forever when they released Jon Favreau’s Iron Man. Honestly, who else was expecting that to kick off a shared cinematic universe? I’ll admit that I didn’t and thank goodness I was wrong. The rest is history, including what DC tried to do next. Marvel had a cinematic universe and DC responded with, well… Green Lantern. Yeah, that didn’t exactly work the way they wanted it too, but where there’s a misfire, there’s a chance to reload.

Two years after Green Lantern’s failure, DC bounced back with Man of Steel, another Superman origins story. While the critic and fan reception was mixed, it made enough money to kick off the DCEU. The rest is history, but unlike the MCU, the DCEU’s history hasn’t been so glorious. After Man of Steel, there was Batman vs. Superman: Dawn of Justice. Yeah, we all remember how that turned out and it still kind of upsets me. Batman vs. Superman… how is it not the coolest, most epic movie ever?! If that wasn’t disappointing enough, the subsequent Suicide Squad only rubbed more salt in the very open wound. When all seemed hopeless for the DCEU, the lovely Gal Gadot and very wise Patty Jenkins saved the day with 2017’s Wonder Woman. At that point, it seemed the MCU finally met their match.

Let’s go back to why the movie realm is probably the most important for comics. I’m a comic fan and I read them, that’s why I watch the movies. The thing is, not everyone in the world is a comic fan because not everyone reads comic books. There are a lot more movie-watchers out there than comic book-readers and the bigger the audience, the more the money comes in. I’ve talked to people who don’t read comics but they do like watching comic book movies. It’s these people that Marvel and DC can rely on to watch their movies, because they don’t know what to expect. Best case scenario, the movies get them into the comics and now you have more comic fans.

Either way, movie-lovers help get the ball rolling to make these cinematic universes bigger and that’s why it’s important that both sides make sure they’re only getting better. So now we can ask ourselves which cinematic universe has a brighter future? The short answer, I believe it’s DC. For those of you asking why, I get it. For instance, after Wonder Woman, DC had its chance to release their own version of The Avengers with Justice League. Unfortunately, it failed to impress critics and audiences, and it’s considered a box office disappointment. That would be their second major misfire and this time, DC was forced to reevaluate their course. They made it big with Aquaman and Shazam! made enough money to break even, but this year’s Birds of Prey movie was another box office dud. That’s three box office disappointments for them while Marvel doesn’t have any.

Let’s also not forget that the MCU has been around a lot longer than the DCEU. They got a five year lead on them and they do have more successful movies. However, there is a bit of a loophole here that can help DC catch up. For starters, DC Fandome is coming this Saturday, something many fans are looking forward to. As of now, we can expect to see trailers for next year’s The Batman and The Suicide Squad, along with a potential teaser for Black Adam. Heck, let’s not rule out seeing surprise reveals for other upcoming movies. Rumor has it that Henry Cavill is in talks for reprising his role as Superman, so let’s hope a surprise Man of Steel 2 announcement is coming. Let’s not forget that DC has other characters in mind for getting their own movies, such as Zatanna, Raven, and the New Gods.

Personally, I’m itching for an announcement that will show us some Green Lantern. Seriously, I’m a huge Green Lantern fan and the character needs some redemption after that very disappointing Ryan Reynolds movie. HBO Max is planning a Green Lantern show, but apparently DC is still gunning for the postponed Green Lantern Corps movie that was supposed to come out this year. Hey, man, even if it was scheduled for this year, COVID would’ve pushed it further. The point I’m trying to make here is that DC still has plenty of characters to introduce to their cinematic universe. If they can learn anything from Marvel, it would be to focus on their big guns, and eventually the lesser known characters can make their debut.

Speaking of Marvel, what exactly are they doing wrong that makes me believe that DC will get ahead of them? The answer is honestly absolutely nothing. Okay, I’m fanboying a bit here, but I can only praise what they’ve accomplished. With Infinity War and Endgame, Marvel has closed a big chapter in their cinematic universe. They wrapped up the stories of their original heroes and opened the door for new heroes to pick up where they left off. While I must praise them for that, I must also admit I’m a bit worried for the same reason. Endgame marked the end for Iron Man, Captain America, and Black Widow (even though she has her own movie coming), while Hulk and Hawkeye will be getting supporting roles for future projects. Thor is the only one with more standalone movies coming, but even he’s being replaced by Natalie Portman.

It seems like we’re losing all of our original Avengers soon. That makes me sad, even though I’m excited for what the new heroes will bring to the MCU. If you ask me though, no one can replace the originals. Robert Downey Jr.’s Iron man is the biggest loss and he attracted the audience. I’m not saying movies without him can’t bring the money, far from it. Captain Marvel, for example, was a box office hit. However, the fan reception for the movie itself was mixed and I reckon we’ll see more of Brie Larson’s Captain Marvel in the future. As of right now, she’s not everyones favorite MCU character and I don’t see that changing anytime soon. Compare it to Scarlett Johansson’s Black Widow, and the fan devotion doesn’t even come close.

Not that I’m bashing Brie Larson at all, but if her Captain Marvel is going to lead the Avengers in future movies, I can’t imagine too many fans being too crazy about it. It’s not just her though. Technically, we lost out Hulk and now have Professor Hulk. I applaud Marvel for trying something new, but people miss our actual Hulk. Do we really want to see him talking intelligently and not smashing forever? Not exactly. How about these other replacements for the original Avengers? Personally, I was never too big on Jane Foster’s Thor, because Thor is Thor to me. He’s the flippin God of Thunder and how can anyone replace the God of Thunder?! Hawkeye is also likely eyeing retirement and will train Kate Bishop to take over the mantle. I never disliked Kate Bishop, but the problem is if she’s Hawkeye, that means Clint Barton won’t be.

To sum it up, I believe that fans like the the original characters a lot more than the new ones. It will probably stay that way for a while, and if we lose those characters forever, the fatigue will kick in. Fans will keep going to see these movies if they keep seeing the characters they love. Perhaps these new characters will catch the attention of more fans, but let’s admit that topping the original ones is quite the task. Above all else, if they want to keep people interested, they just have to keep making great movies. Easier said than done, but even with some bumps in the road, Marvel has the potential of staying on top.

Overall, I’m still confident that DC has the brighter future because they have more routes to explore. For instance, The Batman and Joker aren’t connected to the DCEU, but they’re both still properties of DC. Joker gave us one of the greatest performances of all time and made truck loads of money. The Batman is still upcoming, but it has a talented cast, an interesting premise, and aims to tell the story of Batman in a different kind of light. Why is this cool? Because in the comics, there is never just one universe, there are several. DC is going full out with their characters, giving them the opportunity to show all their characters in different fashions. They may have hit their bumps in the road, but that clearly isn’t stopping them from continuing. The future does indeed hold something great for us comic fans.

Do you all agree? Are you more excited for upcoming DC movies or Marvel? We’re all still comic fans, so let’s all just be excited for more.