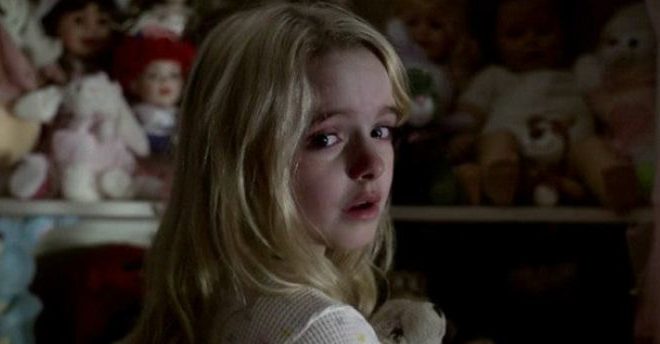 If you don’t know McKenna Grace, it’s time to get to know this child prodigy. She’s a star in her own right, and she’s someone who is beyond wise for her very young age. She’s starring as Mrs. Keyes in The Handmaid’s Tale, but she is also very well-known for her roles as Penny Kirkman, first daughter, on the hit show Designated Survivor, as well as Rose Harbenberger in Fuller House. At only 14, she is one of the most successful young actresses in Hollywood – she’s been in everything. She’s a role model if ever there was a role model, and the world needs to know this child.

McKenna Grace was born on June 26, 2006. She was born just outside of Dallas, Texas, in a suburb called Grapevine. We don’t know much about her family or her home there, and we have no idea if she still lives there when she is not working or if she has her family living elsewhere with her due to her job.

2. She Started Acting at Seven

She was only 7 when she began her acting career. It was 2013, and she was cased in a television pilot. She then went on to star in a Disney XD feature, she landed a role on daytime television playing a Newman on the hit soap The Young and the Restless, and she has not stopped working since.

3. She is a Vegetarian

McKenna Grace is already making her own life decisions. She’s only 14, but she is a vegetarian. She loves animals, and she simply is not comfortable eating animal products as a result of her love for animals. She sticks to an animal-free diet as a result.

4. She Works with PETA

Because she loves animals so much and she is in the position to do so, she works well alongside PETA. She is an advocate for animal rights, and she is someone who makes it very clear that people should not leave their dogs in their hot cars.

5. She Took on a Crazy New Role

She is new to The Handmaid’s Tale, and she’s speaking out about her role as Esther Keyes. She wants her fans and the rest of the world to be very uncomfortable with the girl she is playing on this show. She’s a child who is married off to a man who is disgusting. Her husband in the show is much older than she is, and her character opens up in the very first episode about how the husband allows other men to come into their home and sexually abuse his 14-year-old wife. She wants the world to see this and to learn from this.

She wants the world to feel a sense of horror and discomfort when they watch this 14-year-old girl playing a 14-year-old wife and rape victim while talking about the horrible things that happen to her character. She hopes that her playing this role is enough to have people want to actually put a stop to this kind of real-life situation.

7. She is Not Allowed to Watch Her Own Show

Not only is this young woman in this show, she’s also written about it for some of her college courses. Yes, you read that correctly. McKenna Keyes might be only 14, but she is taking college courses. She’s had to write about this show a few times in one of her courses, but her professor has no idea that she’s the girl who is starring in this role. She doesn’t like to share that with the classes she’s in.

During the pandemic quarantine, she was sad and lonely. She missed working. She missed her friends. She missed all the things that a girl her age loves, and she ended up with entirely too much time on her hands. As a result, she also ended up with a lot of time to try new things. She wrote a song and posted about it on her Instagram account.

When she was going through tough times being lonely and upset during her quarantine, she also shared with her followers that this is the kind of situation in which it is all right to be sad. She knows that times are constantly changing, and that all things are a lot more short-lived than many people imagine that they are. She wants to be sure people know that the sad moments don’t last forever.