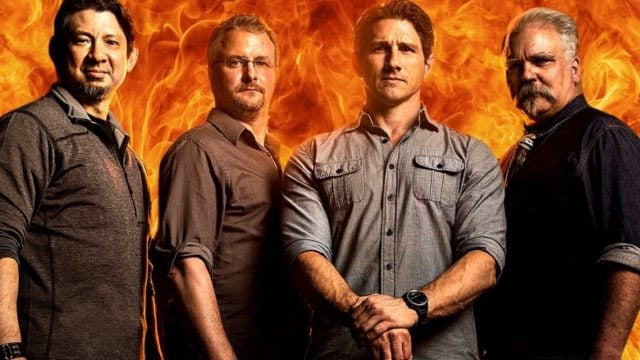 For those unfamiliar with “Forged in Fire” it is a History Channel competition that gathers four of the world’s best bladesmiths to create a new or novel knife, sword, or other blade weapon with the goal of winning a $10,000 prize for the effort. The show is hosted by Wil Willis who is a qualified expert in his own right. There is a panel of four other judges who assess the quality of workmanship, eliminating one contestant at a time until a winner is decided on.

The judges selected each have a unique specialty that guarantees the final outcome will be decided on by a broad range of skills for each contestant. Here are the short blurbs on Willis and the other judges.

Wil Willis — A former Army Ranger who has seen combat experience, Willis also served in the Air Force for 10 years as a Pararescueman. His specialty is knowing the importance of a well-designed blade in combat situations, so choosing him has host of the show brings the competition from theory to real world practice.

Neilsen has the unique honor of being only one of 115 people in the world to achieve the rank of Mastersmith in the American Bladesmith Society. Hattori HanzÅ would have been proud. His master craftsmanship experience and specialty makes him uniquely qualified to assess the bladesmanship skills of the contestants. When it comes to weapon design and manufacture, it is hard to find anyone more qualified in the world.

Doug Marcaida — Any blade competition that is to be fairly judges requires someone who is a skilled martial artist. That is the specialty of Doug Marcaida, which includes a complete knowledge of fighting styles with blades that enables him to determine their effectiveness in a real world setting. Taking a hands-on approach, he will actually test the result of each competitor’s blade to determine whether it stands up to a real world fighting environment.

David Baker — Any show on the History Channel that didn’t have a history expert would seem out of place. That is the specialty of David Baker. But he is not just a book brain. He creates authentic replicas of some of the world’s historical fighting instruments. More than that, he continues to research long forgotten weapons. It is worth noting that Baker also has crafted non-blade weapons, such as historic submachine guns.

Jason Knight — Knight replaced former “Forged in Fire” judge Ben Abbott, who himself was once a contest winner. Knight earned his ABS Mastersmith rating in 2007 and has since continued his mastery of bladesmanship, winning the Knife Collaboration of the Year just last year. That same year he decided to accept a role in the Winkler Knives Team to provide designer and consultant services. His recent experience and proven skills bring a modern perspective to the competition.

For viewers, it is clear that this select panel of judges has the necessary range of skills that avoids any controversy in selecting the winner of the $10,000 prize. It’s not like having four singers judge other singers. You can liken it to having a guitar player, an opera singer, a voice teacher, and an on stage entertainer using their collaborative skills to determine who will win the signing competition. One specialty is not enough, and the History Channel made sure the constant’s hard work will be fairly judged and rewarded.