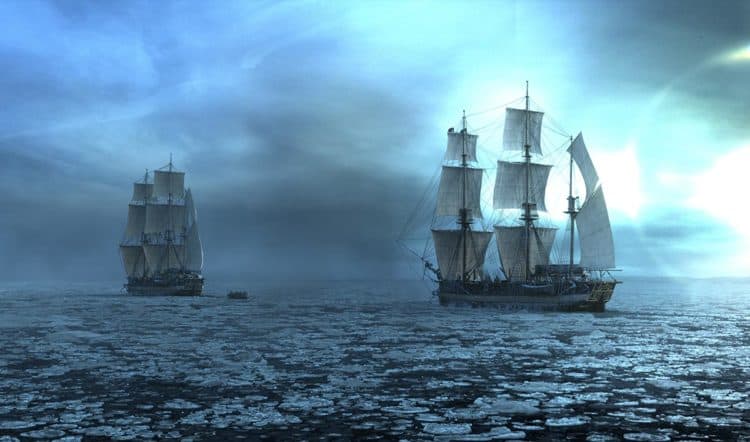 There are many dark days in America’s history. Many of those we would just assume forget about, but they nonetheless continue to explain how we have gotten to the place in the world that we are today. Many of these events and era’s throughout our history have been portrayed in movies and via television shows. These dramas are a way for us to all reconnect with our past. AMC has gone above and beyond this with their horror drama show ‘The Terror’, which depicts life during the time that the Japanese were under so much scrutiny in the United States. The show has already attracted quite the following, returning now for a second season. As you prepare to watch, it would be a help to know who the cast is. Continue reading to discover who is playing what role in the show.

If you know much about Japanese people, then you are aware that they come from one of several lines of ancestors. In the case of Chest Nakayama, he is a nisei. This means that he a U.S. born Japanese American. He hails from Terminal Island, California. On this show, he quickly discovered that he is stuck between conforming to the closed Japanese community that he was raised in while still trying to live his life an all American young person. He is, after all, only 22 years old. On the show, he is both proud and stubborn. His desire is to eventually leave the island that begins to travel all over the country applying his skills as a photographer. His dream is to do this for LIFE Magazine. When Season 2 begins, Chester is experiencing a lot of stress in his life as he tries to juggle his various roles.

In Luz, we see a Mexican American woman who actually resides in Boyle Heights, Los Angeles. She lives there with both your her brother and her father, who is a widow. During the show, her role as a nursing student at Los Angeles Community College. It is there that she meets Chester. For his part, Chester is a photography student. We know that her family had long envisioned her actually becoming a nun. She was going to eventually succumb to those desires until she met Chester. Now, everything has changed. On the show, the mere act of her relationship with Chester is a rebellious event of sorts. She needs to sort through her emotions, deal with her family, and reconcile her desire to pursue a relationship with Chester in the midst of everything that she is going through in her life.

Yuko is a quiet, yet important part of the cast. While we do not know much about her at this time, we can imagine that her position and function on the show is going to grow over time. We do know that her role on the show is important in the determination of what eventually happens to Chester. Yuko is also central to determining what will end up happening to the rest of the Terminal Islanders on the show.

If you were wondering who Chester’s father is, that would be Henry. Henry is actually an issei, which means that he was a Japanese immigrant who came to the United States. From Henry, all we get is that he is a simple fisherman. In actuality, it seems that he has done quite well for himself, as he is one of only six Japanese Americans in the entire community to actually own a car. He is also a popular person on Terminal Island. His goal in coming to America, like many immigrants before and after him, was to help his family realize a better life. Along the way, however, life would prove to be quite difficult for Henry. However, we do know that Henry loves America, even though we get the sense the country is about to turn its back on him in certain ways.

In Asako, we have Chester’s mother. She actually became married to Henry as the result of an arranged marriage where Henry spotted her photograph out of many that were sent to America. We know that Asako is deeply respectful of Japanese culture and never really connected with Henry in the first place. She is also a bit superstitious, which we see come to a head as tensions begin to escalate both at home and throughout the community. In the end, Asako dutifully plays the role of a faithful wife. She also shows her support for the community by trying to hold everyone together when difficulty comes into the picture.

To know Amy, you first need to know the Yoshiads are extremely close family friends of Nakayamas. They all live on Terminal Island. Amy is a bit like Chester is that she views herself as being more aligned with American culture as opposed to Japanese. In the show, she is even seen openly dating a hakujin, which is a white person. The guy is from a naval base located nearby the island. As the story continues, her patriotism would be put to the test as the American government continues to unleash on injustice after another upon her. She also comes into direct conflict with the authority that the American government would yield over her.

One final cast member on The Terror worth mentioning is Nobuhiro Yamato. He is 80 years old and considered to be the elder statesman representing all of Terminal Island. As far as Japanese Americans moving to Terminal Island goes, he was among the first to do so. He came to the island as a fisherman. Throughout the show, we catch glimpses of various stories that detail his life to this point. He also serves as the honorary officer of Henry’s ship. His role on the show seems to be a bridge between the old traditions that are important to the Japanese way of life with the modern way of life that many in the community seem to have embraced.