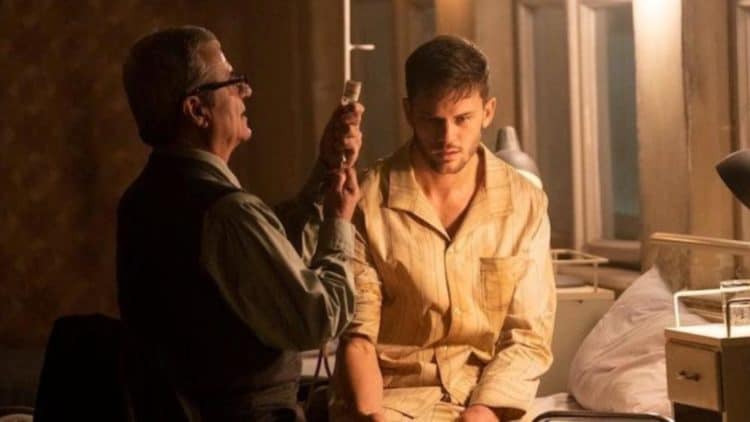 Based on the ‘Bourne’ film series, ‘Treadstone’ is an action drama television series that will launch on USA Network on October 15, 2019. This series has been created by Tim King, who is also acting as an executive producer for the series. The premise of the series is a combination of the origins story and the present-day story of Operation Treadstone, a CIA black ops program. This program turns recruits into superhuman assassins using behavior modification. In the first season, viewers will see the sleeper agents being awakened and traveling across the globe to complete deadly missions. Here is what you need to know about the cast of Treadstone.

Irvine plays the lead role of J. Randolph Bentley in this new series. This English actor made his film debut in the 2011 epic war film ‘War Horse’. He is also known for his roles in ‘The Railway Man’. ‘Great Expectations’, ‘Fallen’, and ‘The Woman in Black: Angel of Death’. Irvine was born in London in 1990 and began acting at the age of 16. A little known fact about this actor is that he suffers from type 1 diabetes, which means he has to inject himself four times a day.

The character Doug McKenna is plated by American actor Brian J. Smith. This actor was born in Dallas, Texas, on October 12, 1981. He studied at the Juilliard School; Drama Division where he completed the four-year study program. He is best known for playing Will Gorski in ‘Sense8′ and Lieutenant Matthew Scott in ‘Stargate Universe’. He also played Jim O’Connor in the 2013 revival of ‘The Glass Menagerie’, for which he was nominated for a Tony Award for his performance.

Omar Metwally plays Mr. Edwards in ‘Treadstone’. Metwally was born in New York but currently resides in Los Angeles. He began his acting career in 1999 and has worked in both film and television. The television series for which he is known include ‘The Affair’, ‘Non-Stop’, and ‘Mr. Robot’. His film credits include ‘Miral’, ‘Munich’, and ‘Rendition’. In addition to his film and television work, he has also worked with the New York Arab-American Comedy Festival as both an actor and a director.

Tara Coleman is the character portrayed by Tracy Ifeachor in ‘Treadstone’. This British actress is usually associated with The CW vampire series ‘The Originals’, in which she played Aya Al-Rashid. She also played Abigail Naismith in the Doctor Who Christmas special ‘The End of Time’. Although this actress was born in Plymouth, Devon, England, she is a Nigerian of Igbo origin. She studied at the Central School of Speech and Drama before landing a role in her first feature film ‘Blooded’, which was directed by Ed Boase.

Han Hyo-Joo is a South Korean actress who was born in the North Chungcheong Province of South Korea in 1987. She studied theater and film at Dongguk University. She is known for her roles in television series including ‘Spring Waltz’, ‘Brilliant Legacy’, ‘W’, and ‘Dong Yi’. She has also starred in the 2015 romance film ‘The Beauty Inside’ and the 2013 film ‘Cold Eyes’. In the latter, she won the Best Actress Award at the 34th Blue Dragon Film Awards. In ‘Treadstone’, she plays the role of SoYun.

Gabrielle Scharnitzky is a German actress who is known for her roles in ‘The Game’, ‘Wolfenstein: The Old Blood’, and ‘Verliebt in Berlin’. She was born in Bavaria in 1956. In ‘Treadstone’, she is playing the role of Petra.

Emilia Schule is a German actress who was born in Russia in 1992 and then moved to Berlin with her parents when she was just one year old. She studied dance as a child and began her career as an actress appearing in German commercials. She then landed roles in several German movies, including the leading role in ‘Freche Machen’. This led to her landing roles in other movies, such as the role of Sophie in ‘Gangs’ followed by roles in ‘Rock It!’ and ‘Freche Madchen 2′.

Playing the role of Ellen Becker is Michelle Forbes, who is an American actress with Mexican heritage. She began her career in 1987 and has had roles in many television series and films. She is probably best known for playing a dual role in ‘Guiding Light’, for which she won a Saturn Award and received a Daytime Emmy Award nomination. She is also known for her roles in ‘Star Trek: The Next Generation’, ‘Homicide: Life on the Street’, ‘Battlestar Galactica’, ‘24′, ‘In Treatment’, and ‘Durham County’. Her movie roles have included ‘Kalifornia’, ‘Escape from L.A.’, and ‘Swimming with Sharks’ Forbes was married to Ross Kettle from 1990 to 1997.

Michael Gaston portrays the character Dan Levine in ‘Treadtsone’. Sometimes credited as Michael B. Gaston, this American actor is playing Quinn in ‘Prison Break’ and Gray Anderson in ‘Jericho’. He also had a recurring role in ‘The Mentalist’. In addition to his television career, Gaston has worked in theater. He has been married to screenwriter and playwright Kate Fodor and the couple has two children together.

The character Nira Patel is played by Indian singer and film actress Shruti Haasan. This actress is the daughter of Sarika Thakur and Kamal Haasan, who are both professional actors. She is one of the leading actresses in South Indian cinema, and she has won three Filmfare Awards South. Haasan began her career as a child but made her adult acting debut in the 2009 Bollywood film ‘Luck’. She was born in Chennai, India, in 1986.

Viewers of ‘Treadtstone’ will also see some actors appearing in recurring roles. These include Patrick Fugit playing the role of Stephen Haynes, and Tess Haubrich in the role of Samantha McKenna.