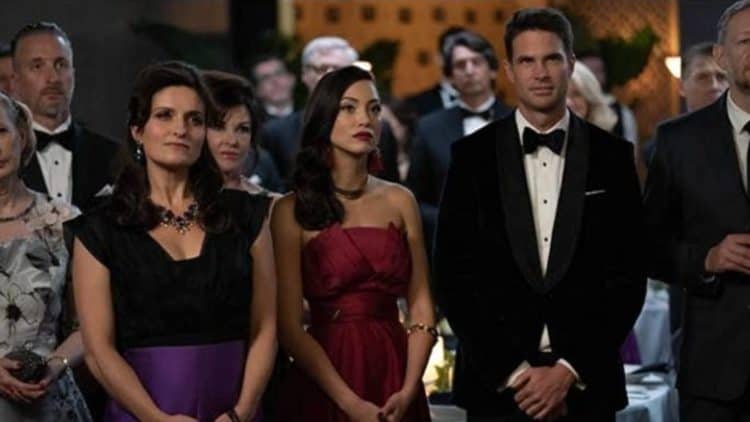 2021 is a year that Mel Jarnson will probably never forget. After spending the last several years trying to find her footing as a professional actress, she got her first major break when she was cast in the 2021 movie Mortal Kombat. Although it was initially unclear what her role would be, it was eventually revealed that she would be playing Nitara. The film marks Nitara’s first movie role, but you’d never be able to tell that by watching her. Her immense talent allows her work to come across as effortless. Now that fans have gotten a taste of what she can do, they’re hoping to see more from her in the years to come. Keep reading to learn 10 things you didn’t know about Mel Jarnson.

Mel was born and raised in Australia, but she comes from a diverse background. Her father is Thai and her mother is white. Due to Mel’s father’s job as a diplomat, the family moved around quite a bit when Mel was younger. In addition to Australia, some of the places she’s lived include India and Germany.

From what we can tell, Mel hasn’t officially started a family of her own, but she’s already getting some great motherly practice in thanks to her dog, Yogi. She is a very proud dog mom and Yogi makes lots of appearances on her Instagram. On top of that, she also created a separate page for Yogi.

3. She’s Passionate About The Environment

Even though we’ve all been told how important it is to care for the earth, there are a lot of people who simply don’t care. Unfortunately, this can have negative consequences for all of us. Mel, on the other hand, is serious about taking care of the environment and she likes to encourage other people to do the same.

Now that Mel has made her movie debut and is part of such a large franchise, there’s no doubt that her star is on the rise. Needless to say, that also means her DMs are probably seeing even more activity than usual. But if you’re one of the people hoping to catch her eye, you’re out of luck. Mel is in a happy relationship. Even though her boyfriend is in several posts on her Instagram profile, she hasn’t shared any additional information about him.

Anybody can put on nice clothes, but it takes a special person to really bring an outfit to life. Mel is definitely someone who has that magic touch. As a creative person, she loves showing her personality through her clothing. She has a great sense of style and she can pull off just about any outfit.

6. She Refuses To Be Typecast

There are probably a lot of people in the industry who would love to box Mel into playing a certain type of character, but she isn’t going for that. She has lots of versatility as an actress and she wants her career to reflect that. As she continues to move up in the industry, she hopes to play a variety of roles.

At this point in her career, Mel hasn’t shared much personal information, so there are a lot of things that are unknown about her. For example, we weren’t able to find any information on what inspired her to get into acting, or if she’s undergone any training over the years.

Having a large platform on social media is about more than just popularity and Mel has been very intentional about using her online presence to raise awareness for things that are important to her. Mel has used her social media platform to support the fight to end racism. She is also passionate about other causes such as suicide awareness.

Living entirely in the comfort zone is okay for some people, but that isn’t how Mel wants to spend her life. Mel seems to be the kind of person who enjoys getting out, trying new things, and making as many memories as possible. Some of the things she enjoys doing are traveling, trying new food, and spending time outside.

Mel may speak with an Australian accent, but her first language was actually Thai. Being able to speak two languages will definitely come in handy for Mel as she continues to grow in the entertainment industry. That being said, English is the only language she’s acted in so far.