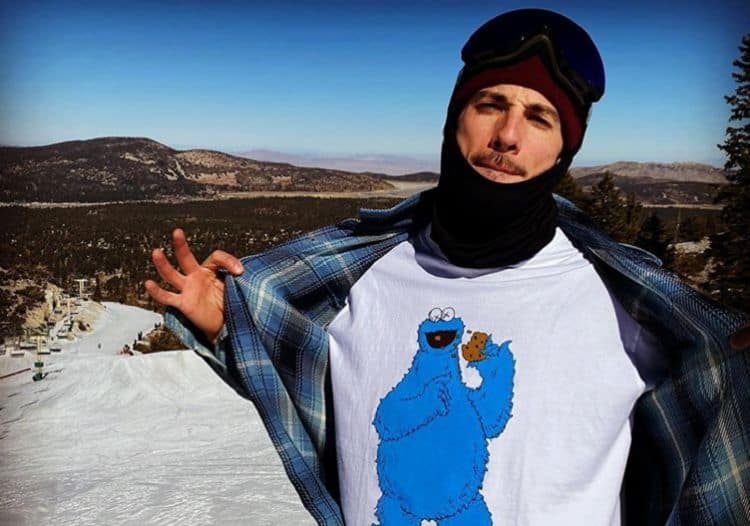 Michael Trevino is an American actor who is known by many of his fans for playing the part of Tyler Lockwood on “The Vampire Diaries” aired on The CW channel. The role skyrocketed his fame and popularity with fans and he has a huge group of followers who want to learn more about him. To help familiarize you with him on a personal and professional level, here are 10 things that you might not already know about Michael Trevino.

Michael Trevino has a handsome and youthful appearance. He is one of those actors that can play the part of a character his own age, or successfully as one that is much younger or much older. He has a timeless youthfulness, but it’s not even close to being a baby-face. This appearance gives him versatility in appearance. He was born on January 25, 1985.

2. He’s a native of California

Michael was born in Montebello, California. His parents named him Michael Anthony Trevino. He has pride in the family name and he didn’t see a need to adopt a stage name for his profession. He was raised in the city of his birth for several years before later moving to the city of Valencia, California. His father was the son of Mexican immigrants and was born in Fresno, California. Michael’s mother originally came from Zacatecas, Mexico. He is of Mexican-American ancestry.

3. Michael is a diverse actor

Michael Trevino has a diversified acting portfolio. He has played a variety of different characters throughout the years of his career. He appeared in the Disney Channel Original Movie “Cow Belles. He appeared in the role of Jackson Meade. He was also cast in the role of Brent for four episodes of the FX television series “The Riches.” This was a recurring role that gave him some needed exposure as an actor.

4. Trevino followed his role in a spin-off

Michael’s role in “The Vampire Diaries” concluded when he and co-star Nina Dobrey both departed after the end of the sixth season, but he played the same role in two shows. He was cast in the new spinoff series titled “The Originals, which started in 2013. He played both parts simultaneously which is a rare occurrence in the television industry. He and Dobrey left “The Vampire Diaries” in 2015.

5. He has had some minor roles in major shows

Michael also landed a part in the insanely funny series “90210” in 2008. He only appeared in 3 episodes of the show. His character was named Ozzie. He was the character Naomi’s love interest and was a student at West Beverly Hills High School in the show. He also appeared in the 2007 television series “Cane” as Jaime Vega, but the show didn’t catch on that well and it was canceled. Trevino also appeared in “Charmed” during the eighth season for an episode as Alastair, and as a guest star on “Commander in Chief,” and once on “Cold Case.” He also made guest appearances for an episode in “Bones,” and “Without a Trace.”

6. Michael is an athletic guy

Trevino is a guy that has a passion for outdoor sports. He has a lot of different hobbies and most of them are activities that help to keep him physically fit. He enjoys going out on the ocean and deep-sea fishing. He is also an avid snowboarder and a surfer. He likes going out and catching some of the big waves when he’s not busy with his acting career. He makes time to enjoy these simple things in life.

7. He may become a writer

Michael has a passion for the stories that come from the area that he grew up. He was raised in East Los Angeles. He has kept his eyes open for a part in a film that delves into life on the streets of East LA. He was very open about the fact that if he doesn’t see such a script come across his desk in the near future, he may take matters into his own hands and write the screenplay for himself.

8. He was once bilingual

Michael shared that he was raised by his parents who spoke fluent Spanish. He learned to speak both English and Spanish at an early age in the home. When his mother had to return to work, she had to leave Michael with a babysitter. The person who cared for him was white and did not speak Spanish, so Michael’s language development centered around the English language. He had a good start on being bilingual, but he lost his fluency in Spanish, and although he understands the language and he can put words together, he is not fluent. This is something that he is not happy about.

9. He is a role model for young people

Michael Trevino has a lot to say to the younger generation. He is a lifelong learner and he believes that this is one of the most important things in life. He encourages others to continue with their studies whenever possible. Keep studying and learning at whatever age you are, whenever you have the opportunity is the advice that he offers, and don’t ever give up.

10. Michael Trevino has millions of fans

It came as no surprise to learn that Michael Trevino has an Instagram account. What was surprising was with number of followers he has collected. At the last check-in, there were 1.8 million people following him on his page. There are 30 posts on the account and some really great photos of him. You can keep up with what’s trending in his career and his latest recurring role in “Roswell” airing on the CW, as well as the many personal adventures that he has been embarking upon. He’s staying healthy, active and working hard.